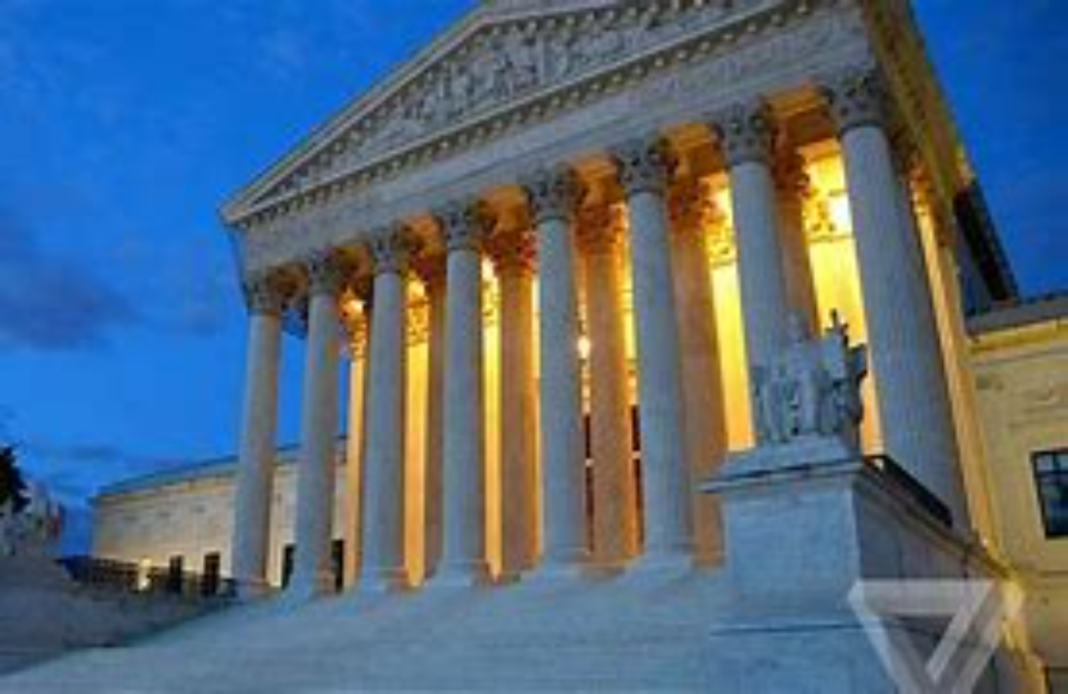 Dear Daily Signal: In his story “Supreme Court Refuses to Hear Appeal of Christian Florist in Same-Sex Wedding Case,” Fred Lucas reports that an ACLU lawyer said of florist Barronelle Stutzman’s case, “No one should walk into a store and have to wonder whether they will be turned away because of who they are.”

This makes about as much sense as expecting a store to carry aspirin just because you have a headache.  Are you going to sue the store for not carrying aspirin? If the store doesn’t happen to carry what you want, take your business elsewhere—let the free market decide.

As for Heritage Foundation scholar Emilie Kao’s comment regarding the Supreme Court? The court chickened out, as is so often the case!—Charles Kunz, North Carolina

If the Supremes refuse to hear the case of businesswoman Barronelle Stutzman, who was set up to be forced to produce a product abhorrent to her sincere religious belief, what does that say to their collective credibility?

This is a basic constitutional issue. Government is clearly interfering with the businesswoman’s religion.—Jerry Defoor

Barronelle Stutzman has the right to do business with whoever she wishes, and to have a set of rules she wishes her business to operate under. This is her business. The court has no business interfering. Religious freedom is being attacked.—Rich Wilson, Indianapolis

Dear Daily Signal: Regarding Terence Jeffrey’s commentary, the mistake that Barronelle Stutzman made was to explain in a nice, loving way why she couldn’t supply flowers for a customer’s same-sex wedding (“Supreme Court Denies a Woman’s Free Exercise of Christianity”).

In the future, religious people will not be honest with their new or long-term customers. They will just say they can’t do it, are booked up that day, will recommend another florist or other business, or make any other excuse.

There is nothing after the Supreme Court but your faith, if you have any. This was a long-term business and personal relationship between florist and customer, but events proved that the friendship was very thin.—Bette Schaffel

Barronelle Stutzman is a Christian and chooses not to arrange flowers for a gay wedding. It’s her moral responsibility and goes by the teaching of our Lord Jesus that in the eyes of God, marriage is one man and one woman. Even though many choose to not accept or want to hear that.

The gay man felt discriminated against for not having flowers made for his wedding; what does he think he is doing to this woman, who has the same right to exercise her faith and go by her conscience? Did this man ever think about that?

Barronelle Stutzman, and every Christian, has the right to freely exercise their faith, whether the Supreme Court gets involved or not. They are not the ultimate judge.

I am very disappointed in Justices Amy Coney Barrett and Brett Kavanaugh. I thought they would be justices who stood on truth, but lately I question that based on their rulings.

Stutzman has every right to stand for what she knows is true. She is handling the situation with dignity and humble grace. I pray those on the opposing side understand and do what is right, despite differences in views.—Melissa Pettignano, Secaucus, N.J.

What a shame. This case is such an obvious matter of the free exercise of religion. The only explanation for the Supreme Court’s failure to address this most fundamental question is the pressure coming from our current culture.

People, even Supreme Court justices, are afraid to challenge the current orthodoxy of “tolerance,” even if means denying fair and reasonable application of the Bill of Rights to every citizen. Once again, Justices Clarence Thomas and Samuel Alito got it right. As for the others, one never knows.

God bless Ms. Stutzman and the courage she has shown through this terrible ordeal. Because of her faith, the ultimate victory will be hers, while our nation continues to plod—no, make that sprint—down the road to Gomorrah. God, rescue our land! Only you can fix this mess.—Randy Malcom

Dear Daily Signal: It is the clear duty of the Supreme Court to strike down the anti-discrimination law of Washington state and all other such laws.

The late Walter Williams wrote: “The forcible use of one person to serve the purposes of another person, for any reason, is immoral because it violates self-ownership.”

When one does not have self-ownership, he/she is a slave. No one who understands self-evident truths and natural human rights can disagree with this.

He who sacrifices liberty for pragmatism will create a sh–hole country. We are well on the way to that end.—Jerome Waldemar

I don’t believe a state should have the right to force a business owner to go against his or her religious beliefs. God’s law is first, foremost, and always the guideline that we should go by.—J.C. Selph, Fayetteville, Ark.

Dear Daily Signal: Rachel del Guidice’s article about public schools in Loudoun County, Virginia is very frightening (“Why Parents Are in Court Over Online ‘Portal’ Where Students Anonymously Accuse Each Other”). The “portal” system there raises the specter of government suppression of the free interchange of ideas, which characterizes tyranny.

Examples in the 20th century include Romanoff Russia, Nazi Germany, the Soviet Union during the reign of Stalin, and, more recently, Communist China and North Korea. This type of program dates back centuries. It was a fundamental technique of the Spanish Inquisition.

George Orwell’s novel “1984” describes the natural result of this type of program: total subjugation. We can only pray that the court will recognize the threat of Loudoun County’s program to fundamental rights guaranteed by the Constitution.—Stephen Metz, Longmeadow, Mass.

On “The Daily Signal Podcast,” Douglas Blair interviews a parent, Ian Prior, who is pushing back against critical race theory and other policies in a Virginia school district (“How Parents Fight Critical Race Theory in Loudoun County”).

School boards in many places around America have been hearing from disgruntled parents. As a former teacher who has written about public schools, I am so glad parents are speaking up. I hope parents realize that school boards largely have been overtaken by the “teachers” unions.

I put “teachers” in quotes because more often than not, the unions are pushing and promoting policies and ideologies that great teachers reject. Parents and teachers must understand that the power player in education is the “teachers” union.

For parents to bring about change in their districts, they will have to know and push against this very powerful, very wealthy entity. Teachers need to be rescued from union lies, and parents need to know the union is the real problem.—Kate Bowers, Oregon

Editor’s note: Bowers is author of the recent book “Publicly Schooled: One Teacher’s Unsettling Discoveries” and blogs at www.publiclyschooled.com.

I just read the transcript of Rob Bluey’s podcast interview on the Navy with Jason Beardsley (“Why This Veteran Worries Wokeness Is Poisoning Our Military”). The wokeness, as you know, is permeating all branches of the military. It’s even turning brother against brother.

Chaplains are under a great deal of strain as well. Many are being attacked for their deeply held faiths. The military religious freedom foundation is behind many of these. Soldiers actually are being permitted to go to them, and not the chain of command, to attack the chaplains (or any service member who’s conservative).  Morale definitely is low.—Lisa Boyd

Thank you for Rob Bluey’s interview with pastor and author James Ward Jr. (“A Pastor’s Prescription for Overcoming Victim Mentality”). I agree that we need a new perspective on race.

The Bible and our Lord and Savior has given us the best guide to live together as one. I have ordered Pastor Ward’s book “Zero Victim: Overcoming Injustice With a New Attitude” and look forward to reading it and sharing it with family and friends.—Brenda Lee Allor

Dear Daily Signal: This is about Dennis Prager’s commentary, “Our New Religion Is Staying Safe.” Over the last year and a half, anytime I was greeted with the words “Stay safe“ or “Be safe,“ that person got this response from me: “Be happy and be joyful.”

Oftentimes, their response was a chuckle or an expression of surprise.

Being in fear is a crummy way of living life. Being happy and being joyful is a purposeful decision that results in a satisfying life experience.—David Pitman, Arvada, Colo.

America woke up in 1776 to the threats to our freedoms. As a long-time supporter of The Heritage Foundation and Heritage Action for America, I hope we’ll have a reawakening in 2022 and boycott corporations supporting the Communist Chinese Olympics.—Clyde L. Hunt Jr., Greensboro, N.C.