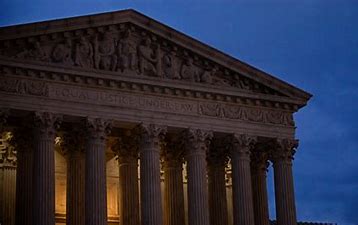 This week the Supreme Court heard oral arguments in two related immigration cases. Each asks whether certain noncitizens are entitled to bond hearings before a judge after the government has detained them for a prolonged amount of time.

The question of prolonged detention for certain noncitizens has been before the Supreme Court before. But this case is different—it asks the Court to consider what procedures are required for those noncitizens with removal orders who have a reasonable claim for protection from removal but endure detention for months to years waiting for a court to decide that claim.

Both the Garland v. Gonzalez and Johnson v. Arteaga-Martinez cases involve noncitizens who have been ordered removed from the United States but are seeking withholding of that removal because they fear persecution in their home country. For that reason, the government cannot remove them from the United States until a judge has made a decision on their claim for protection.

The attorneys in both cases argued that in a past decision—Zadvydas v. Davis—the Supreme Court determined that noncitizens who are detained after they have received a removal order cannot be held longer than six months. The government can only hold the noncitizen if it can show they will be removed in the “reasonably foreseeable future.”

The government’s position is that although review of the detention may be required after six months, noncitizens in this situation should not be given an opportunity to explain their case before a judge through a bond hearing. Instead, the government argues that internal administrative review by a government officer is a sufficient process to decide whether a noncitizen should be released.

Significantly, the government officer conducting the review is from the same agency that is responsible for detaining the noncitizen in the first place.

More than one Justice questioned whether such an internal process was sufficient, given the long U.S. legal history of affording a more substantial and neutral process—specifically an opportunity to be heard before a judge—when prolonged detention is at stake.

Justice Breyer expressly listed that the government grants such hearings in criminal cases, cases of mental capacity, historically for debtors in debtors’ prisons, and for persons challenging extradition. Justice Breyer summarized his concern with the government’s position in this way:

I looked at every case we could find. I didn’t find any that said you don’t get eventually a bail hearing when you’re detained for a reasonably long length of time.

Under the government’s position, noncitizens could only bring similar constitutional and statutory challenges individually through what is known as a habeas corpus action, making relief unattainable for many.

Specifically, as Justice Sotomayor recognized, noncitizens overwhelmingly: are not represented by lawyers, do not speak English as a first language, and most are impoverished. In challenging the government’s argument on individual relief, Justice Sotomayor concluded:

It’s hard to see how impoverished people, unfamiliar with the workings of this government, of this country, are going to find lawyers. It seems like a theoric [sic] offering to say that an individual hearing is of any benefit to them, counsel.

Essentially, requiring individuals to raise constitutional and statutory claims on their own may mean that these important legal questions don’t get raised at all.

In a study of nearly 500 habeas corpus cases filed between 2010 and 2020 in a federal court in Louisiana, only 15% of detained non-citizens who filed habeas petitions had counsel. Countless more likely couldn’t file a habeas petition due to their lack of counsel. The same report detailed that most habeas petitions were pending for an average of six months, prolonging detention and refuting the justices’ idea that a habeas petition can act as a backstop for already-prolonged detention.

Additionally, if the Supreme Court accepts the government’s position, this interpretation of the statute would apply not only to this case, but to constitutional and statutory challenges in other immigration cases, including those outside of the detention context. This result could have disastrous consequences for noncitizens.

It likely will be many months before the Supreme Court issues a decision on these cases, but it is encouraging to see the Justices challenging the government’s justifications for both the prolonged detention itself, as well as any limitations on the ways to get relief from such detention.