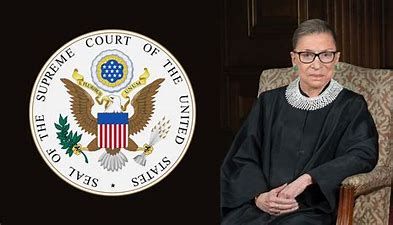 Although Ginsburg firmly advocated for women’s access to abortion as a constitutional right, she criticized the way in which Roe v. Wade established that right – and her reasoning for this nuanced position may shed light on the current debate.

Chief Justice John Roberts confirmed that Alito’s draft opinion in the case Dobbs v. Jackson Women’s Health Organization was genuine – although the draft dates back to February, and it does not represent the current or final opinion of the court. In the draft, Alito strikes down Roe v. Wade, which struck down state laws across the country, and allows states to again make their own laws on abortion.

Should the court indeed strike down Roe in this manner, it might vindicate Ginsburg’s concerns about the pivotal decision.

Ginsburg warned against major judicial shifts in a 1992 lecture at New York University, citing Roe as an example.

“Measured motions seem to me right, in the main, for constitutional as well as common law adjudication,” she argued. “Doctrinal limbs too swiftly shaped, experience teaches, may prove unstable. The most prominent example in recent decades is Roe v. Wade.”

Ginsburg noted that Roe struck down far more than the specific Texas criminal abortion statute at issue in the case.

“Suppose the court had stopped there, rightly declaring unconstitutional the most extreme brand of law in the nation, and had not gone on, as the court did in Roe, to fashion a regime blanketing the subject, a set of rules that displaced virtually every state law then in force,” she said. “A less encompassing Roe, one that merely struck down the extreme Texas law and went no further on that day, I believe and will summarize why, might have served to reduce rather than to fuel controversy.”

Ginsburg contrasted Roe v. Wade with a case that never received a full hearing at the court, Struck v. Secretary of Defense. In that case, the Air Force tried to discharge a female Air Force captain because she became pregnant. Although the captain’s performance as a manager and nurse was exemplary, Air Force regulations required a woman who got pregnant to leave the service or get an abortion.

The captain refused to get an abortion, for religious reasons, instead arranging to have her child get adopted. The Air Force sought to discharge her, and she challenged the move in court. After the Supreme Court agreed to hear the case, the Air Force made an exception and allowed her to remain in the service.