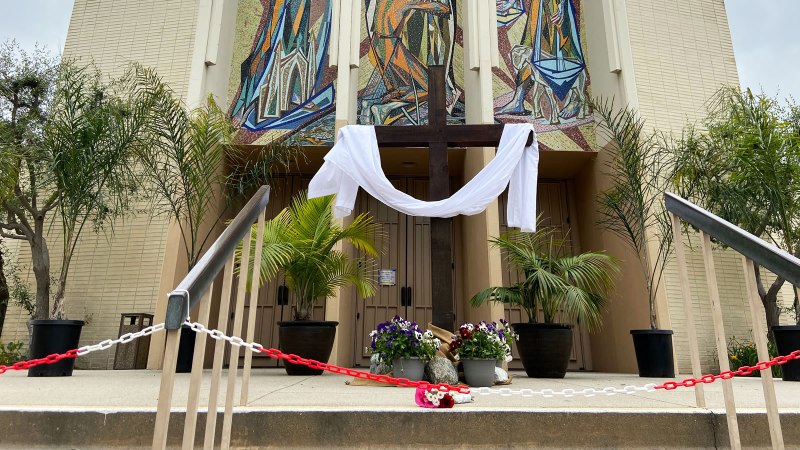 Late Friday evening, the Supreme Court, in South Bay United Pentecostal Church v. Newsom, issued emergency relief suspending California’s broad ban on indoor religious services. The Court ruled that California was “enjoined from enforcing the . . . prohibition on indoor worship services . . . pending disposition of the petition for a writ of certiorari.” The order is limited: Relief was “denied with respect to the [25%] percentage capacity limitations” and denied with respect to the prohibition on singing and chanting during indoor services,” although the Court left the door open to hear any “new evidence . . . that the State is not applying the percentage capacity limitations or the prohibition on singing and chanting in a generally applicable manner.” This lifts some of the most stringent restrictions on religious services in the country. Justices Thomas, Gorsuch, and Alito wanted to grant broader relief on these fronts; Justices Barrett and Kavanaugh thought the evidentiary record was too unclear.

The Court was yet again divided on these issues, but not entirely along the same lines as in prior cases. Chief Justice Roberts, who dissented when the Court ruled against Andrew Cuomo’s restrictions in November, reiterated his view that courts should defer to elected officials and public-health experts, but thought that California had gone too far this time: “The State’s present determination — that the maximum number of adherents who can safely worship in the most cavernous cathedral is zero — appears to reflect not expertise or discretion, but instead insufficient appreciation or consideration of the interests at stake.” Justice Gorsuch argued that California was overgeneralizing the risks of religious services:

California . . . insists that religious worship is so different that it demands especially onerous regulation. The State offers essentially four reasons why: It says that religious exercises involve (1) large numbers of people mixing from different households; (2) in close physical proximity; (3) for extended periods; (4) with singing . . . California errs to the extent it suggests its four factors are always present in worship, or always absent from the other secular activities its regulations allow. Nor has California sought to explain why it cannot address its legitimate concerns with rules short of a total ban . . .

On further inspection, the singing ban may not be what it first appears. It seems California’s powerful entertainment industry has won an exemption. So, once more, we appear to have a State playing favorites during a pandemic, expending considerable effort to protect lucrative industries (casinos in Nevada; movie studios in California) while denying similar largesse to its faithful. . . . Even if a full congregation singing hymns is too risky, California does not explain why even a single masked cantor cannot lead worship behind a mask and a plexiglass shield. Or why even a lone muezzin may not sing the call to prayer from a remote location inside a mosque as worshippers file in.

[California’s] “temporary” ban on indoor worship has been in place since August 2020, and applied routinely since March. California no longer asks its movie studios, malls, and manicurists to wait. And one could be forgiven for doubting its asserted timeline. Government actors have been moving the goalposts on pandemic-related sacrifices for months, adopting new benchmarks that always seem to put restoration of liberty just around the corner. As this crisis enters its second year — and hovers over a second Lent, a second Passover, and a second Ramadan — it is too late for the State to defend extreme measures with claims of temporary exigency, if it ever could. Drafting narrowly tailored regulations can be difficult. But if Hollywood may host a studio audience or film a singing competition while not a single soul may enter California’s churches, synagogues, and mosques, something has gone seriously awry.

Justice Kagan, leading the three liberals in dissent, argued once again that the Court should defer to scientists rather than focus closely on the unequal treatment of religion, and warned of dire public-health consequences:

I fervently hope that the Court’s intervention will not worsen the Nation’s COVID crisis. But if this decision causes suffering, we will not pay. Our marble halls are now closed to the public, and our life tenure forever insulates us from responsibility for our errors. That would seem good reason to avoid disrupting a State’s pandemic response. But the Court forges ahead regardless, insisting that science-based policy yield to judicial edict.

This will likely not be the last of these cases to come to the Court. But for now, the churches, synagogues, and mosques of California may open their doors again, at least a little.