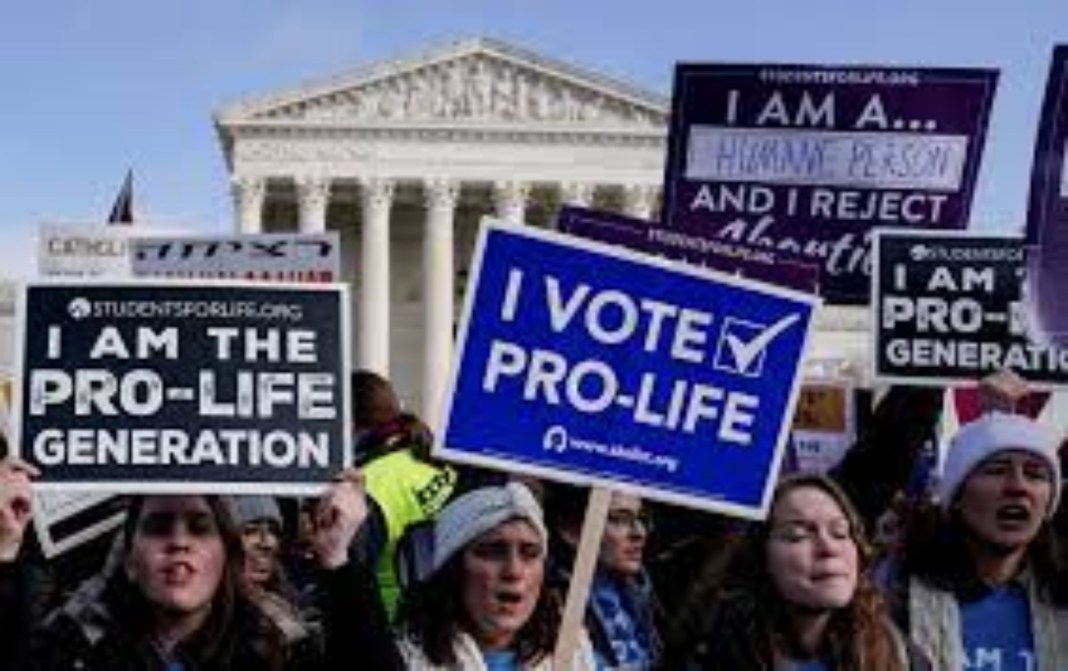 The United States Supreme court has agreed to take up a major Mississippi abortion case that could directly challenge Roe v. Wade. The court announced Monday that it will hear Dobbs v. Jackson Women’s Health Organization beginning in October and a decision on the case will likely come by June 2022, CNBC reported.

This will be the first major abortion case in which all three of former President Donald Trump’s Supreme Court justice appointees participate, including Justice Amy Coney Barrett, who gained a seat on the court after a contentious confirmation process in October.

“This is a landmark opportunity for the Supreme Court to recognize the right of states to protect unborn children from the horrors of painful late-term abortions,” Susan B. Anthony List President Marjorie Dannenfelser said in a statement.

“Across the nation, state lawmakers acting on the will of the people have introduced 536 pro-life bills aimed at humanizing our laws and challenging the radical status quo imposed by Roe,” Dannenfelser continued. “It is time for the Supreme Court to catch up to scientific reality and the resulting consensus of the American people as expressed in elections and policy.”

?BREAKING? #SCOTUS granted Mississippi’s request to review our case that challenges the state’s law banning abortion after 15 weeks. This case presents a direct challenge to #RoevWade and violates 50 years of Supreme Court precedent.

The case deals with a 2018 Mississippi law banning abortions after 15 weeks, a law challenged by the Center for Reproductive Rights, the law firm Paul Weiss, Rifkind, Wharton & Garrison, and the Mississippi Center for Justice on behalf of the last remaining abortion clinic in Mississippi—Jackson Women’s Health Organization.

After the 5th U.S. Circuit Court of Appeals struck down the law in December 2019, the state of Mississippi asked the Supreme Court to take up the case.

Dobbs v. Jackson Women’s Health Organization will touch on the landmark Roe v. Wade ruling, since the Supreme Court will hear arguments on whether abortion bans prior to fetal viability are constitutional, Politico reported.

“The consequences of a Roe reversal would be devastating,” Center for Reproductive Rights President and CEO Nancy Northup said in a Monday statement. “Over 20 states would prohibit abortion outright. Eleven states, including Mississippi, currently have trigger bans on the books which would instantaneously ban abortion if Roe is overturned. Already, abortion is nearly impossible to access for people in states like Mississippi, where lawmakers have been chipping away at the right to abortion for decades.”

An unborn baby is considered viable at 24 weeks, though medical intervention and a stay in the NICU are usually required this early. Babies born before 23 weeks have a survival rate of about 5% to 6%, and analysis by Charlotte Lozier Institute medical experts found that unborn babies can feel pain as early as 12 weeks.

“March for Life works for the day when abortion is unthinkable, but currently the United States is one of only seven countries—including China and North Korea—that allows abortions through all nine months of pregnancy,” March for Life President Jeanne Mancini said in a statement following the Supreme Court announcement. “An overwhelming majority of Americans agree that this goes way too far, in fact 70% think abortion should be limited to—at most—the first three months of pregnancy.”

“States should be allowed to craft laws that are in line with both public opinion on this issue as well as basic human compassion, instead of the extreme policy that Roe imposed,” Mancini added.

Don’t be a job seeker, be a job creator