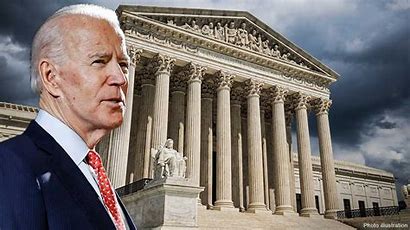 For decades, the Supreme Court has restricted states’ abilities to enact laws that protect unborn children and their mothers.

+It is far past time to restore this right to the people and to allow states to update their laws to reflect modern science.

+Thanks to new technology, the humanity of a 15-week-old child in the womb is undeniable. It is time our policies reflect that fact.

In Roe and Casey, the Supreme Court robbed the American people of their say in the laws that govern abortion and prevented elected representatives from acting on the will of the people.

+ With the Dobbs case, the Supreme Court should return the task of determining abortion policy to the people and their elected representatives.

Today, the United States is one of just a handful of countries, including China and North Korea, that allows late term elective abortion.

Roe does not permit the significant restrictions on abortion that consistent polling shows a large majority of Americans (76%) want.

U.S. ABORTION LAWS ARE DRASTICALLY OUT OF TOUCH WITH MODERN SCIENCE

Despite advancements in science and medicine drastically improving our understanding of fetal development and pain, the Supreme Court decisions in Roe and Casey have prevented our laws from being updated to meet our basic moral obligations to the unborn.

Modern advances in science and medicine give concrete evidence to the humanity of a 15-week-old child in the womb.

+ Children at that stage have fully formed noses, lips, eyelids and eyebrows, can suck their thumbs, and can even feel pain.

+ The Charlotte Lozier Institute found “a comprehensive review of the scientific literature including neural development, psychology of pain sensation, and moral implications of fetal pain, concludes that unborn babies may experience pain as early as 12 weeks.”

+ With proper care, extremely preterm infants are surviving at earlier ages than ever before. Ages of survival have dropped from 28 weeks to now less than 22 weeks.

As a result of these scientific advancements, Mississippi enacted the Gestational Age Act in 2018, protecting the dignity of the unborn child, the health of mothers, the integrity of the medical profession and society by restricting abortion after 15 weeks.

After multiple lawsuits and appeals, the law in question has reached the Supreme Court. The state asked the Court to address the fundamental, irreconcilable conflict that new scientific evidence has raised with the Court’s previous rulings.

According to a poll from The Associated Press-NORC Center for Public Affairs Research, a large majority of Americans, 65%, said abortion should be restricted in the second trimester.

+ Gallup similarly found that just 30% of Americans say that abortion should “generally be legal” in the second trimester.

+ Despite the large majority of Americans opposed to abortion in the second trimester, Roe and Casey allow only limited restrictions on abortion during this timeframe.

+ Just 19% of Americans think most or all abortions should be legal in the third trimester.

An overwhelming majority of Americans favor restrictions on abortion according to a Knights of Columbus/Marist poll.

+ A January 2021 Knights of Columbus/Marist poll found that 76% of Americans, including a majority of those who identify as pro-choice, want significant restrictions on abortion.

+ The poll found that 65% of Americans want Roe to be reinterpreted to either send the issue to the states or stop legalized abortion.

In June 2021, Susan B. Anthony List launched a national survey to understand voter’s opinions on abortion, which found strong support for a 15-week limit.

+ When told that by 15 weeks, an unborn child has the capacity to feel pain, 55% of respondents said they were more likely to support the proposed 15-week limit.

+ When told that “by 15 weeks an unborn child has a beating heart, can move around in the womb, can close his or her fingers, can start to make sucking motions and hiccup, and senses stimulation from outside the womb,” 53% of Americans were more likely to support the proposed 15-week limit.

+ When told, “abortion carries signific physical and psychological risks to the mother, and these risks increase with late abortions,” 52% of all Americans said they were more likely to support the 15-week limit.

The United States is just one of a handful countries in the world that permit elective abortion after 20 weeks, including China and North Korea.

+ THE WASHINGTON POST ON U.S. LAWS: “This statistic seemed dubious at first, because it seemed extreme for just seven countries out of 198 to allow elective abortions after 20 weeks of pregnancy. But upon further digging, the data back up the claim.”