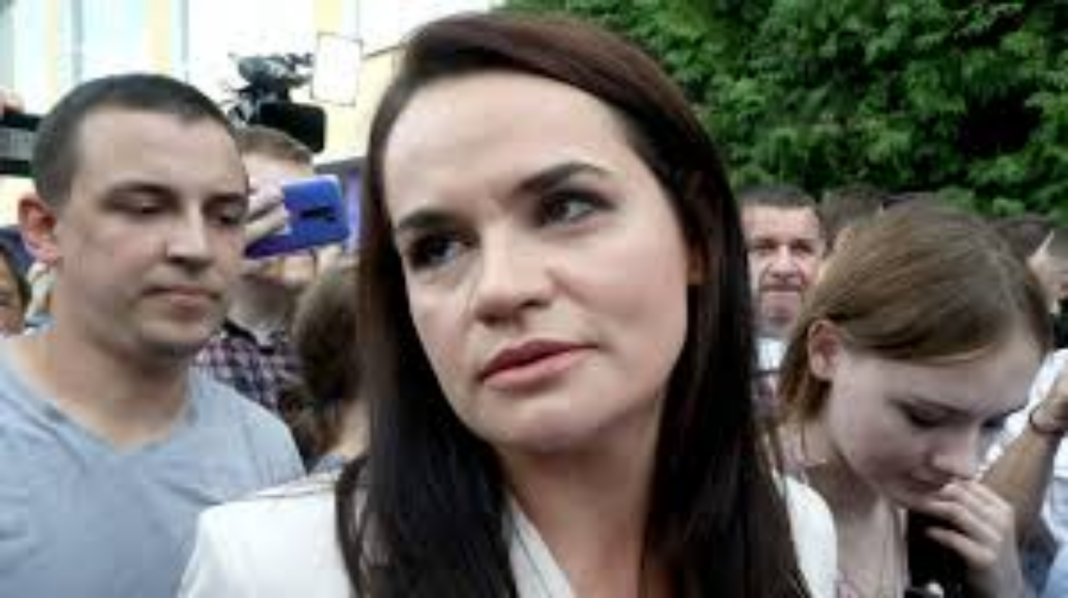 In a video posted online on Monday, Belarusian opposition blogger Roman Protasevich, detained when a Ryanair plane was forced to land in Minsk, says he is in good health and acknowledges having played a role in organising mass disturbances in Minsk last year.

The comments were immediately dismissed by Roman Protasevich’s family and friends as made under duress.

“This is how Raman looks under physical and moral pressure. I demand the immediate release of Raman and all political prisoners,” a leader of Belarusian opposition, Sviatlana Thiskanouskaya, wrote on Twitter in English, using the Belarusian spelling of his name.

Appearing on several channels of the Telegram messaging app, Protasevich, wearing a dark sweatshirt with his hands tightly clasped in front of him, says he is in a pre-trial detention facility in Minsk and denies having heart problems, as reported by some social media.

The regime’s propaganda channels posted a video of arrested Raman Pratasevich, saying that he is treated lawfully in the Minsk Detention Center №1. This is how Raman looks under physical and moral pressure. I demand the immediate release of Raman and all political prisoners. pic.twitter.com/zdolsbp6m5

He also appears to have a small black spot on his forehead. Belarusian President Alexander Lukashenko, 66, has faced the biggest challenge of his nearly 27-year-old rule from protesters who took to the streets after he was declared the winner of an election last year that demonstrators said was rigged.

‘It’s not his words’

Protasevich’s father said he believes his son was forced to admit guilt in the video and appeared to have a broken nose.

“It’s likely his nose is broken, because the shape of it has changed and there’s a lot of powder on it. All of the left side of his face has powder,” Dzmitry Protasevich told Reuters in an interview in Russian late on Monday from Wroclaw, Poland, where he and his wife live.

“It’s not his words, it’s not his intonation of speech. He is acting very reserved and you can see he is nervous,” Protasevich said of his son.

“And it’s not his pack of cigarettes on the table — he doesn’t smoke these. So I think he was forced.”

The father added: “My son cannot admit to creating the mass disorders, because he just didn’t do any such thing.”

Belarus’s interior ministry said Protasevich was being held in jail and had not complained of ill health.

The video release came as EU leaders on Monday agreed to impose more sanctions on Belarus, including economic ones, and called on their airlines to avoid Belarusian airspace. The bloc also authorised proposals to ban Belarusian airlines from European skies and airports.

Meeting in Brussels, the 27 national leaders of the bloc demanded Protasevich’s immediate release, as well as an investigation by the International Organization for Civilian Aviation into Sunday’s incident during which Belarus forced a Ryanair flight to land in Minsk.

About 35,000 people have been detained since the start of regular demonstrations in August 2020.

Lukashenko denies electoral fraud and has accused the West of sponsoring the protests.

Taliban terrorist have won, thanks to the ‘Cowards’ Afgan soldiers who...