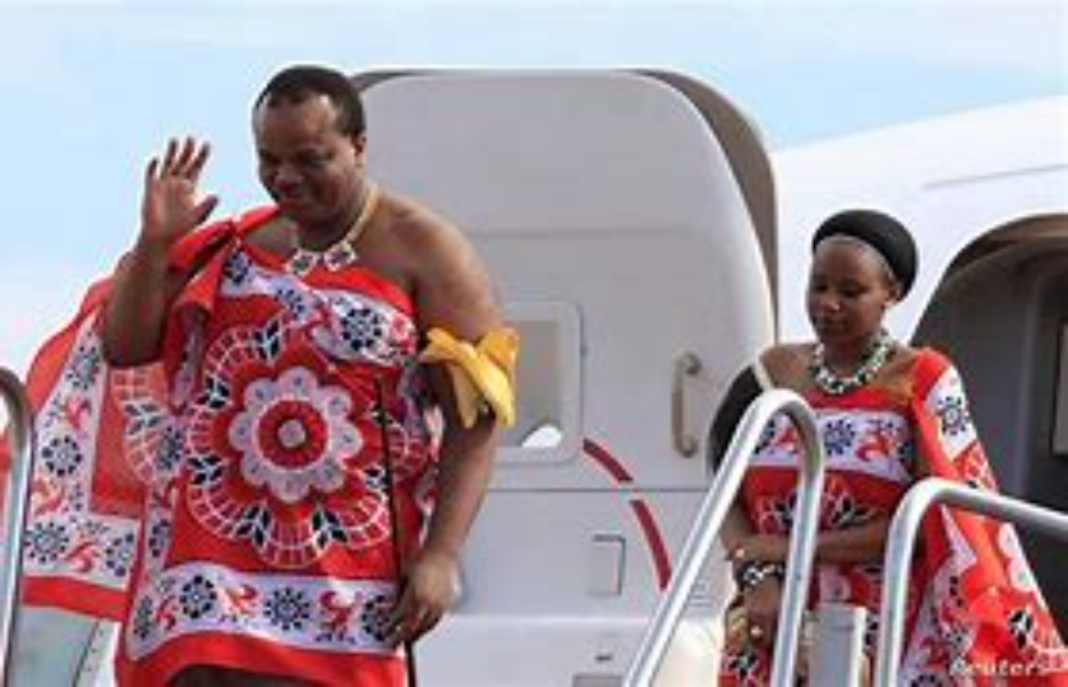 Swaziland — For the past six weeks, pro-democracy protesters in Eswatini have sporadically taken to the streets to express their displeasure with the rule of King Mswati III and to call for political reforms. At least 40 people have died and over 150 protesters been hospitalized with injuries resulting from live ammunition or beatings by security forces.

The king has ruled his southern African nation, which borders South Africa and Mozambique and was known until 2018 as Swaziland, for 35 years. It is Africa’s last absolute monarchy. Political parties are banned. Nearly two-thirds of the country’s 1.2 million people live below the poverty line, according to the World Bank.

Eswatini is also grappling with fallout from the coronavirus pandemic, which has caused nearly 700 deaths. But even as the government is struggling to pay teachers — something that led to protests earlier this year — the king and his 15 wives continue to live an opulent life.

The latest mass protests were sparked by the death in May of a 25-year-old law student. Thabani Nkomonye was allegedly killed by members of Eswatini’s police. Despite the imposition of a dusk-to-dawn curfew and pleas for calm by the regional Southern African Development Community, people have continued to rally against the monarchy. Restrictions on political expression and the deteriorating state of the economy have only fueled public anger.

The U.S. and other countries have called for dialogue. “We urge the government to exercise restraint and also maintain the utmost respect for human rights,” a State Department spokesperson said last month, adding, “an inclusive and peaceful dialogue is essential to progress moving forward.”

On Friday, the king called the protests “satanic.” As he tries to quell dissenting voices, pro-democracy sentiment is growing and analysts say more turmoil appears inevitable. Here’s what to know.

The current protests are different than those in the past

Past protests against the king have been rare — and swiftly crushed. The current demonstrations reflect years of frustration. People have been calling for change for weeks now. And they have been joined in these calls by members of parliament.

While previous demonstrations were disparate outbursts or marches organized by trade unions or student movements, the recent protests are not organized. Students and other young people took to the streets after law student Nkomonye’s death. Three parliamentarians demanded that a new prime minister be elected by the people, not selected by the king.

People queue to buy food at a supermarket in Mbabane, Eswatini, on July 1. Demonstrations escalated as protesters have taken to the streets demanding political reforms. Two-thirds of the population lives below the poverty line (AFP via Getty Images).

People then took part in street demonstrations calling for a strict constitutional limitation to the king’s powers. Swazis petitioned the government to allow the prime minister to be chosen by the people — resulting in a royal decree banning people from appealing to their parliamentarians.

This week, the king appointed a new prime minister, former pension fund boss Cleopas Dlamini. He replaces Ambrose Dlamini, who died in December after he tested positive for COVID-19.

The economy is a key driver of the protests

The poor state of the economy is a key factor driving the unrest. While so many Eswatini citizens are impoverished, the monarch is seen to live lavishly.

Mswati is the sole trustee of Tibiyo Taka Ngwane, a sovereign wealth fund with shares in businesses across Eswatini. Founded in 1968 by the king’s father, the fund was intended to create wealth for the nation, with the monarch as its overseer on behalf of the people. But in practice, critics allege, the fund supports the royal family. Mario Masuku, a former opposition leader, once called it a “feedlot for the king and his inner circle.” Neither the king nor the fund pay tax, and the fund is not subject to parliamentary scrutiny.

Protesters also oppose a political system which bans political parties. According to a 1973 decree, parties are not legally recognized and are not permitted to contest elections. Candidates can only run as individuals for parliamentary seats.

Over the years, trade union leaders, human rights defenders and political activists have been routinely arrested and charged under draconian laws targeting terrorism and sedition. However, with dissent growing, there is a convergence of previously disparate demands, with citizens rejecting Mswati’s autocratic rule — namely, his sole authority to appoint a prime minister, his executive power over the parliament and the judiciary, and his right to act as sole custodian of all land in Eswatini.

Mswati, 53, is unlikely to go or to relinquish his powers. He may consider greater allowances for civil society, but even as the king tries to assuage the people, opposition leader Mlungisi Makhanya of the banned People’s United Democratic Movement warns more protests will come and vows they will not back down until Mswati accepts demands for inclusive dialogue and greater democracy.

According to South Africa-based risk analyst Menzi Ndhlovu, the monarchy uses the “stick and carrot mechanism” to prevent people from expressing discontent. The government recently announced it would award more scholarships and study loans. State officials are promising to “rebuild” and deliver better to the people following the destruction caused by June’s protests of warehouses, shops and factories, including a brewery partly owned by the king.

The king convened a royal gathering known as a sibaya on Friday, giving citizens the opportunity to discuss issues affecting the country. He announced a $34.7 million reconstruction fund to support those affected by the recent riots. The curfew has been eased.

But also on Friday, several activists, including opposition leader Makhanya, were arrested for organizing an anti-monarchy march.

Political activists want to be allowed to register and participate in elections. Citizens not only want the power to choose their preferred political party, but also to elect a prime minister, who is currently handpicked from the royal line.

Political activists like Makhanya would like to see a transitional authority in place, an inclusive governing body to facilitate Eswatini’s shift from an autocratic monarchy to a constitutional democracy. Many Swazis are deeply attached to the monarchy — the symbol of their culture and tradition — but they want a limit to the royal family’s power.

There are scores of activists living in exile in neighboring South Africa and beyond. Many, including Thokozani Kenneth Kunene, general secretary of the Communist Party of Swaziland, want to be allowed to return.