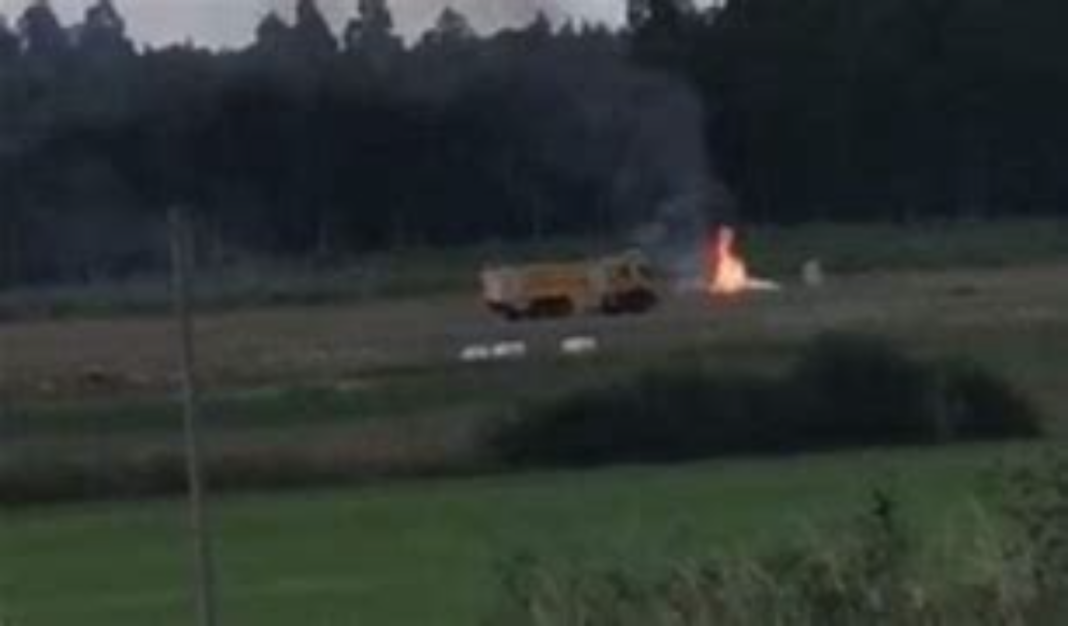 Swedish officials said all nine people died in a “very severe accident” when a small airplane crashed and caught fire outside the city of Orebro on Thursday.

“It is a skydiver plane that has crashed after takeoff,” Emil Gustavsson, rescue leader at the Joint Rescue Co-Ordination Centre, told local TT news agency.

Media reports stated that eight skydivers were on board, plus the pilot.

The police statement corrected an earlier report that at least one person was rescued from the crash site.

The small propellor plane caught fire after crashing and the cause of the accident is not yet known.

In a similar incident two years ago, a parachuting plane crashed near the city of Umea in northern Sweden, killing nine people on board.

Orebro is the sixth-largest city in Sweden with around 124,000 people and the capital of Orebro County. It attracts 700,000 visitors per year, mainly in the summer months.

Orebro is located near the lake of Hjalmaren in the south of the country, 211 kilometers (131 miles) west of the Swedish capital Stockholm.

It operates skydiving courses from May to October through a collaboration with Örebro parachute club which was founded in 1976 .

Florida: The Search for Victims At the Condo Collapse Site Comes...