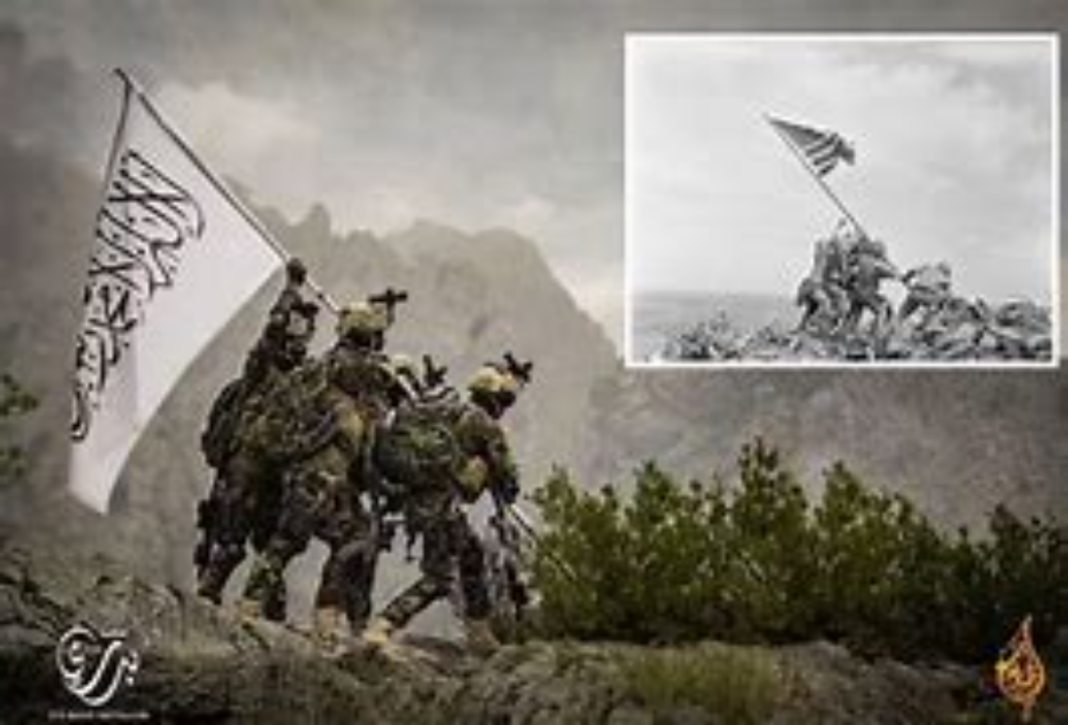 The Taliban are openly mocking Joe Biden and our military generals, as they drive around in our vehicles, wearing US tactical gear, and carrying our weapons.

And why not? Look how much of our stuff they took:

The Biden Administration lost this much equipment to an adversary. All of them need to resign immediately. This is not acceptable on any level. pic.twitter.com/RLaXDkR6AF

It’s the ultimate humiliation for our “woke” military brass and the senile buffoon in chief – after all, what’s worse than seeing propaganda videos and photos of your enemy wearing all your gear, and claiming victory?

It’s a complete and total obliteration of the US spirit.

And this failure has nothing to do with our brave men and women who serve – they are righteous warriors. This is the fault of all those “big brain” Ivy League nerds who think they know more than everyone else, but in reality, are the dumbest, most out-of-touch nimrods on the planet.

But if you think that video is bad, it actually gets worse.

In their biggest and most brazen move to mock and humiliate Biden and the “woke” generals, the Taliban terrorists have recreated the iconic WW2 “Iwo Jima” photo, while wearing US tactical gear, and plating a “Taliban” flag.

Propaganda videos posted this week on channels affiliated with the Taliban show soldiers in the little-known Badri 313 Battalion carrying U.S. and U.S. ally-made weapons and gear that appear to be stolen from allied militaries while patrolling parts of Kabul.

In one propaganda photo, members of the Badri 313 Battalion are seen hoisting a Taliban flag in a similar fashion to the six U.S. Marines who raised the U.S. flag on Mount Suribachi during the Battle of Iwo Jima in 1945.

The Taliban is wearing our gear, mocking Iwo Jima.

Biden must resign or be impeached and removed.

Glad that the Taliban is having a billion-dollar laugh at our expense.

I’ll tell you one thing – If President Trump was in office, they’d never be so brazen.

The Taliban might be bloodthirsty terrorists, but they’re not stupid.

If Jesus had had an AR-15, maybe his government wouldn’t have...