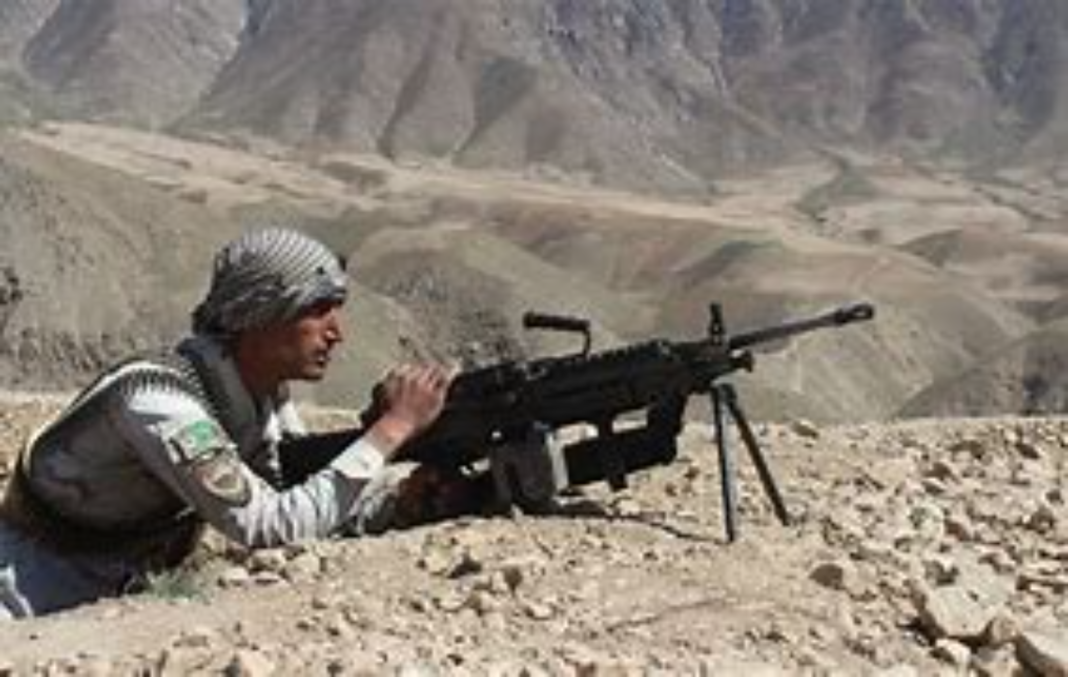 Forget scolding the Taliban over a lack of gender “inclusion” in its ruling council. Perhaps the United Nations and the US State Department should be more concerned about the life expectancy of women who served as judges until the Biden administration’s disgraceful retreat from Afghanistan. In a New York Times report that somehow got left off their main page, we find that not only are women barred from the bar by the Taliban, but are being actively hunted by them for having passed judgment on men:

When Nabila was a judge in Afghanistan’s Supreme Court, she granted divorces to women whose husbands were sometimes jailed for assaulting or kidnapping them. Some of the men threatened to kill her after they had served their time, she said.

In mid-August, as the Taliban poured into Kabul and seized power, hundreds of prisoners were set free. Men once sentenced in Nabila’s courtroom were among them, according to the judge. Like the other women interviewed for this story, her full name has been withheld for her protection.

Within days, Nabila said, she began receiving death threat calls from former prisoners. She moved out of her house in Kabul and went into hiding as she sought ways to leave Afghanistan with her husband and three young daughters.

“I lost my job and now I can’t even go outside or do anything freely because I fear these freed prisoners,” Nabila said by phone from a safe house. “A dark future is awaiting everyone in Afghanistan, especially female judges.”

The Taliban has already begun using government records to find more than 200 women who ran courtrooms in the previous, US-allied government. “Women judging men is anathema to the Taliban,” New Zealand justice Susan Glazebrook told the NYT’s David Zucchino. Their rulings disfavoring men in some divorce and custody cases has painted a big target on their backs, and now they have had to go into hiding to avoid getting punished by the Taliban … or worse.

They need to get out of Afghanistan altogether, but the Taliban have the advantage there as well:

Now, many female former judges and lawyers who were responsible for this progress are not able to evacuate because they do not have national ID cards or passports, said Ms. Motley, the American lawyer. According to the World Bank, more than half of all Afghan women lack national ID cards compared with about 6 percent of men. And for many of the women who do have documents, theirs efforts to escape are complicated by a husband or child who does not.

One would think that an effort by Afghanistan’s new rulers to seek revenge on hundreds of women might rate a front-page story at the NYT. Then again, one might think that it would also find its way into the top priorities of the gender-obsessed State Department, too. Instead, their focus today is on … International Pronoun Day:

Today on International Pronouns Day, we share why many people list pronouns on their email and social media profiles. Read more here on @ShareAmerica: https://t.co/gWhoItvGvo.

To be fair, Antony Blinken is also “committed to defending universal human rights,” as long as it doesn’t require anything other than a hashtag:

The United States is committed to defending universal human rights and democratic values at home and around the world and upholding the international rules-based order that has maintained international peace and security. pic.twitter.com/28h4lKz1qa

Not a word today on the State Department feed about the female judges in Afghanistan. There isn’t any mention of the abandoned Americans still trapped behind Taliban lines, either. A cursory search for the word “Americans” on the official State Twitter feed over the past week only pulls up today’s tweet on International Pronoun Day, in fact, at least as of 12:30 pm ET.

There is some good news from Afghanistan for women. A group of female athletes escaped today, no help from State and their pronoun pronouncements:

Dozens of Afghan women athletes expressed relief and optimism as they fled Taliban rule on the latest flight out of Kabul Wednesday, saying it is a “sweet day for all of us”.

The semi-regular flight to Doha, arranged by the Qatar government, has become a rare lifeline for Afghans with passports and visas since the Taliban seized power in August.

“Today is a very, very sweet day for all of us because after many, many weeks our trek starts and we are very, very happy,” she told AFP.

We’re happy to see them successfully escape. Now, if only our own government took that level of interest in getting the Americans it abandoned out of Afghanistan …

Back in Afghanistan as more American citizens were evacuated today.

We will continue to tell their stories. pic.twitter.com/gRFsLr8nKi