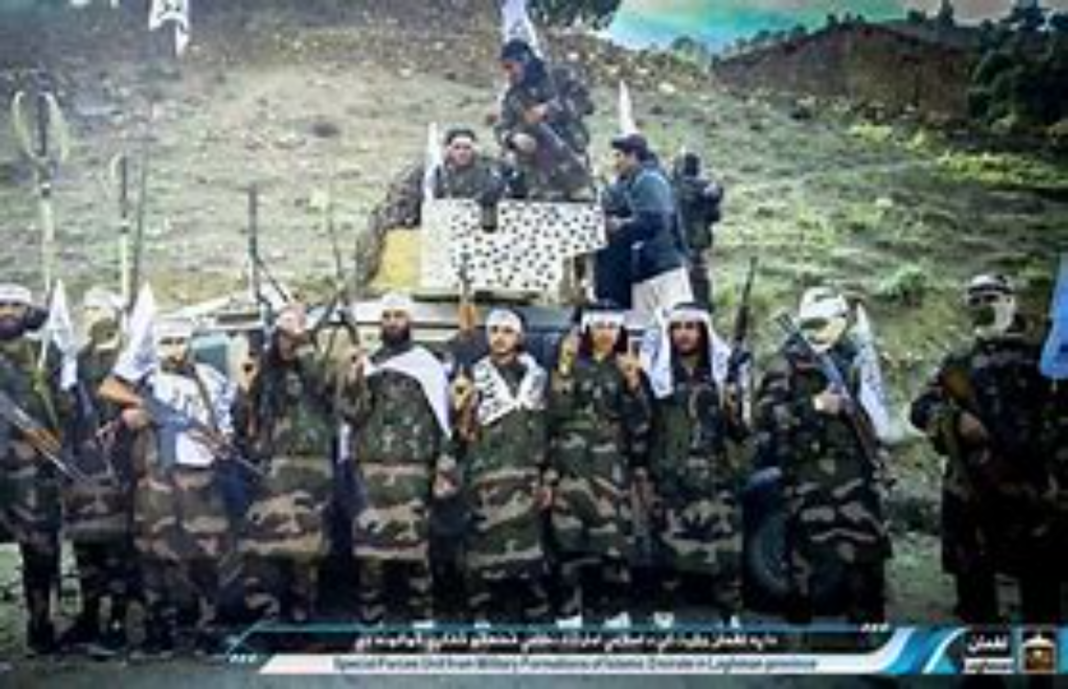 Kabul, Afghanistan — The Taliban has been showing off its own “special forces” on social media, soldiers in new uniforms equipped with looted American equipment who contrast sharply with the image of the usual Afghan insurgent.

Pictures and videos of fighters in the so-called “Badri 313” unit have been posted online for propaganda purposes to underline how the Taliban have better equipped and trained men at their disposal than in the past, experts say.

The soldiers are shown in uniforms, boots, balaclavas and body armour similar to those worn by special forces around the world — and unlike the shalwar kameez, turban and sandals of the traditional Taliban fighter.

Rather than a battered Russian-designed Kalashnikov rifle slung over their shoulder, the men of Badri 313 hold new US-made rifles such as the M4, sometimes with night-vision goggles and advanced gunsights.

Badri 313 “likely represents some of the best trained and equipped fighters within the Taliban more broadly, although as you would expect there is a degree of sensationalising in propaganda coverage of the unit by the group,” Matt Henman from the Janes defence consultancy told AFP.

A Western weapons expert who writes anonymously on Twitter under the pseudonym of Calibre Obscura said the unit would be no match for Western special forces, or those of India or Pakistan.

But “they are more effective than normal Taliban and certainly more than standard Afghan national army troops from a couple of weeks ago,” he told AFP.

Named after the battle of Badr 1,400 years ago, when the Prophet Mohammed supposedly vanquished his enemies with only 313 soldiers, the Taliban unit could number up to several thousand men, experts say.

The amount of equipment at their disposal is unclear, but multiple pictures online show jubilant Taliban fighters posing with captured armoured Humvees, aircraft and weapons abandoned by the defeated US-equipped Afghan national army.

Experts say the most sophisticated equipment, especially the helicopters, will be difficult to operate and near-impossible to maintain.

“There is certainly a degree of propaganda, but we saw during the final offensive since May that the Taliban special forces have been critical in the taking over of Afghanistan,” said Bill Roggio, managing editor of the US-based Long War Journal.

“When they began to overrun the Afghan forces, they progressively integrated Western supplies. The US in effect armed the Taliban army,” he added.

In previous days, the unit has been in charge of security outside Kabul international airport, bringing them nearly face-to-face with American troops inside who are overseeing the airlift of thousands of civilians.

In a social media post, Badri 313 troops even mocked their US counterparts by recreating the famed picture of American soldiers raising the Stars and Stripes on the island of Iwo Jima in 1945.

Badri 313 is also seen as having benefited from training from the Haqqani network, Afghanistan’s most ruthless and feared militant group which has been responsible for multiple suicide attacks on civilian targets.

Mainly based in eastern Afghanistan — with alleged bases across the border in Pakistan’s northwest — the group has become more visible in the Taliban leadership in recent years.

They have also long been suspected of links with the Pakistani military establishment — US Admiral Mike Mullen described them as a “veritable arm” of Islamabad’s intelligence in 2011.

“There is a strong likelihood of Pakistan having provided at least a vestige of training to the unit,” said Henman from Janes, who specialises in terrorism and insurgencies.

Gilles Dorronsoro, an expert on Afghanistan at the Sorbonne University in Paris, said the emergence of the new Taliban commandoes was part of a larger trend.

“We’ve seen a remarkable professionalisation of the Taliban since the middle of the 2000s,” he told AFP.

“The war they are fighting is not the same as the one their parents fought against the Soviets. They’ve learned from the ground and they are very good technically,” he added.

Minnesota:Mosque Bomber Gets 53 Years In Prison

Fauci is a liar