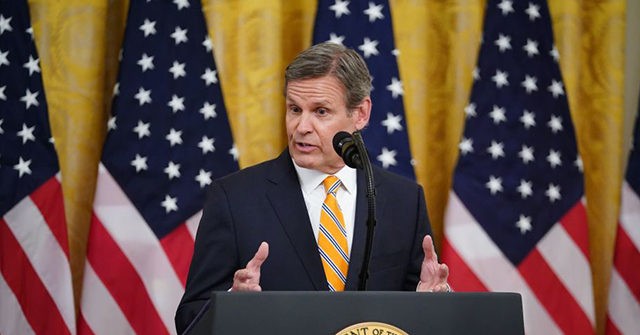 Tennessee Gov. Bill Lee (R) has introduced legislation that would prohibit his state’s public colleges and universities from having ties with the Confucius Institute.

“Colleges and universities are a place for the robust debate of ideas – not a place for foreign governments to operate in the shadows,” said Lee in a recent statement.

The governor cited the need for his state to act in the wake of the President Joe Biden administration’s decision in February to withdraw a Trump administration proposed rule that would have required K-12 schools and universities with foreign exchange programs to reveal any connections to the Chinese government-run Confucius Institute.

“After the federal government rolled back critical reporting requirements around Confucius Institutes, my administration is taking action to provide Tennessee taxpayers greater transparency in all foreign investment on our campuses,” Lee stated. “I thank university leadership for working with us to preserve the integrity of our state and national security.”

Lee’s legislation is called the Transparency in Foreign Investment Act. In addition to banning public school ties with the Confucius Institute, the bill would require public institutions to disclose foreign gifts and contracts, and reject those that present a threat to national security.

The Washington Free Beacon reported Tennessee has already done more than other states in closing down the Confucius Institute. Approval of the legislation will ensure no future ties will exist.

Nevertheless, a new report by the American Security Institute revealed the Confucius Institute is rebranding itself to avoid public scrutiny as it seeks to continue its propaganda machine.

While there are hundreds of Confucius Classrooms still operating in the United States, they can be difficult to track down. This is, in part, because the Asia Society quietly rebranded its “Asia Society Confucius Classroom Network” into the “Asia Society Chinese Language Partner Network” sometime around September 2020, according to archive screenshots from the Asia Society’s website.  It is not clear why this quiet rebrand took place, however it did coincide with the Trump administration’s effort to provide more transparency in the Confucius Institutes.

As Breitbart News reported, Hawley’s primary concern was the Confucius Institute. The report noted the controversy over the Chinese state-run agency:

Critics have accused the organization, and by extension, the Chinese government, of seeking control over messaging at American universities. June Tuefel Dreyer, a professor at the University of Miami, claimed that the Confucius Institute told them that they are not allowed to discuss the Dalai Lama, Tibet, Taiwan, China’s military.

Martin Davidson, chief executive of the British Council, told the New York Times in 2012 that the Confucius Institute bribes colleges with funding in exchange for control over the campus’ discourse on China.

“The Chinese are very clear on what they are trying to achieve,” Davidson said at the time, adding:

They want to change the perception of China — to combat negative propaganda with positive propaganda. And they use the word “propaganda” in Chinese. But I doubt they have to say, “We’ll only give you this money if you never criticize China.” The danger is more of self-censorship — which is a very subtle thing.

California: Chapman University to Hold the most racist Graduation ceremonies