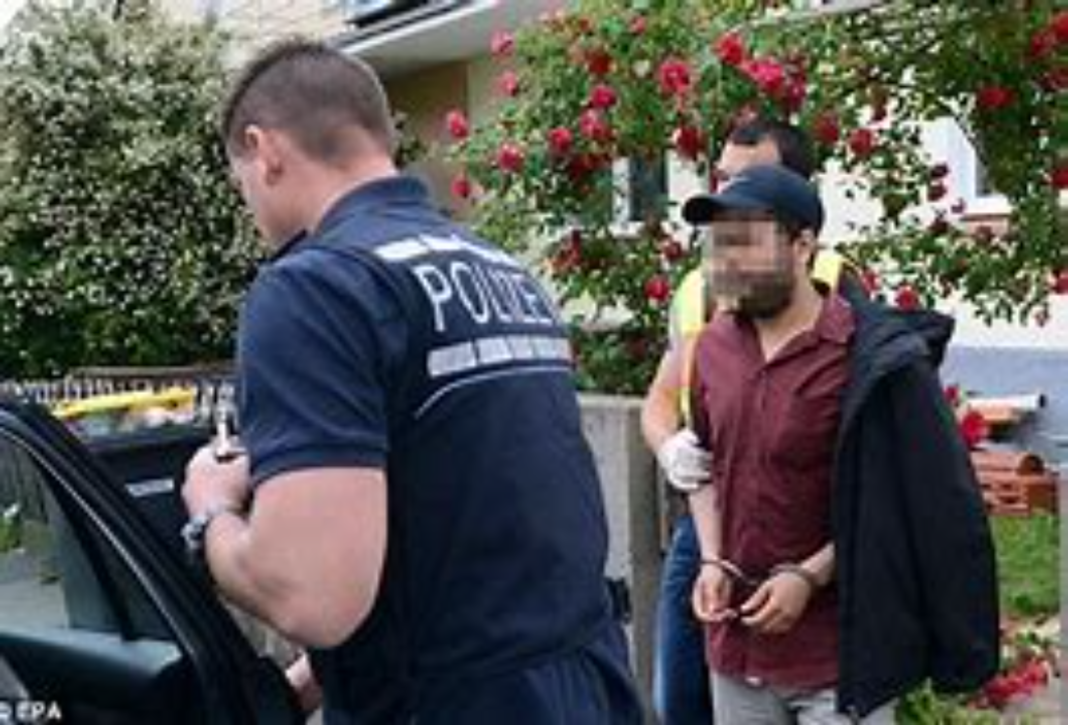 German police arrested four people Thursday, including a teenager, over a threat of an attack on a synagogue on the Jewish holiday of Yom Kippur.

Hagen police said they made the arrests as a result of their investigation into the threat and had searched several buildings.

It followed a huge police deployment late Wednesday at and around the synagogue in Hagen, a city just east of Düsseldorf. The synagogue canceled an event due to the threat.

On Thursday evening, police said that three of those arrested had been released. The 16-year-old main suspect remains in custody.

The Düsseldorf prosecutor’s office said that no bomb components had yet been discovered by investigators. Mobile phones and hard drives had been seized and are being evaluated, a spokesperson said.

The foiled attack likely had an Islamist motive, Armin Laschet, the state premier of North Rhine-Westphalia, suggested some hours after the news broke out.

“It appears that prior to today on Yom Kippur, an Islamist motivated attack was averted,” Laschet said. “We will do everything we can to clarify which networks may have been behind” the plot.

North Rhine-Westphalia Interior Minister Herbert Reul made similar comments earlier, after confirming the arrest of a “youth” following the incident. He said a tip had pointed to “an Islamist-motivated threat situation,” and named the possible timing and suspect.

Both Der Spiegel news magazine and the Bild newspaper reported without quoting sources that a foreign intelligence service had passed on a tip that a 16-year-old Syrian was planning an explosives attack on a synagogue.

Terrorism authorities are also involved in the investigation, said prosecutors in Düsseldorf.

On Wednesday, police cordoned off the synagogue after there were indications of what police described as a “possible dangerous situation.”  Meanwhile, a service planned for Wednesday evening to mark Yom Kippur, the holiest Jewish holiday, was canceled at short notice.

Police in Hagen “likely prevented” an attack on the synagogue, Reul said at an inauguration event for new police officers in Cologne.

“There was the risk of an attack on the synagogue in Hagen. Your colleagues likely prevented it.”

“It is intolerable that Jews are again exposed to such a horrible threat and that they cannot celebrate the start of their highest holiday, Yom Kippur, together,” she said.

Hagen police said on Wednesday night that they were in close contact with the Jewish community. “The people are worried,” police told dpa.

The event sparked memories of the synagogue attack in Halle. On Yom Kippur two years ago, an armed right-wing extremist tried to force his way into the synagogue there and shot two nearby people dead.

The 28-year-old man who confessed to carrying out the attack was convicted last year and given a life sentence. He had expressed antisemitic and racist views during the trial.