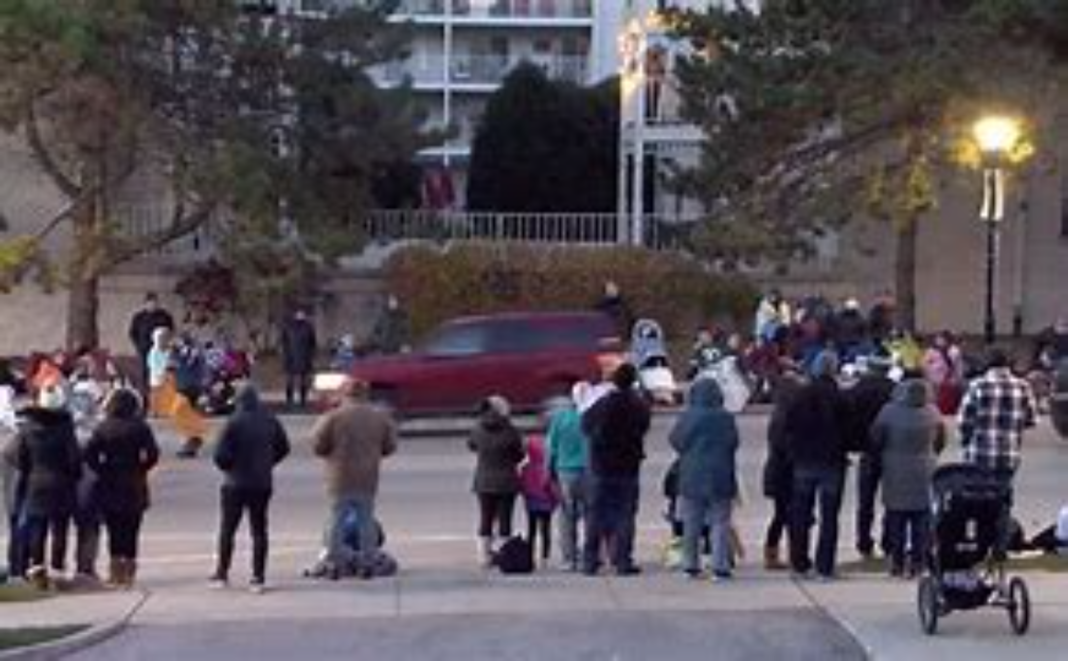 Multiple people were injured after a person driving an SUV plowed through a Christmas parade in Waukesha, Wisconsin on Sunday evening.

There are also reports of gunshots being fired by police at the SUV.

According to eyewitnesses, the terrorist mowed over several elderly women called “The Dancing Grannies.”

A FOX 6 reporter said the person driving the SUV plowed through a dance team of girls between the ages of 9 and 15 years old. The driver also plowed through the Dancing Grannies who were marching in the parade.

You have to be a special kind of evil to drive a car into a crowd and keep going. #waukeshaparade https://t.co/mWcFkWowOW

According to reports, 30 people are injured, including more than a dozen children.

The Dancing Grannies released a statement following the attack.

Here is video on the “Dancing Grannies” from the local CBS 58 station.

Here’s a photo of the Dancing Grannies from 2019.

Pegasus: Only the Loony Democrats can engage in Spying

White House Lashed out at Gov. DeSantis for not enforcing Mask...

Amnesty: Americans should Roll Over and Let Illegal Immigrants In