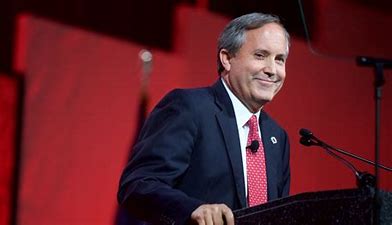 Attorney General Ken Paxton faces fresh legal ramifications following the State Bar of Texas’ filing of a lawsuit against him on Wednesday. The suit seeks to punish Paxton for his failed attempt to have the 2020 presidential election annulled due to spurious charges of fraud.

As a result of Paxton’s “dishonest” petition to the U.S. Supreme Court to halt President Biden’s triumph, the Texas bar has requested a court in the Dallas region to impose specific penalties on the state’s top lawyer. After being accused of professional misconduct, Paxton is now one of the most well-known lawyers to be in jeopardy of losing their license because of their involvement in former President Trump’s campaign to undermine the legitimacy of Trump’s defeat.

When Paxton defeated Texas Land Commissioner George P. Bush in a Republican run-off election, he filed a petition to a Collin County court on the same day. Since Paxton is also in the middle of a long-delayed trial on state fraud charges and an ongoing FBI investigation stemming from criminal allegations leveled against him by the attorney general’s own staff, this victory sets him up for a general election showdown with South Texas Democratic civil rights lawyer Rochelle Garza.

His attorney, Philip Hilder, refused to comment on the matter.

As early as last summer, the bar began looking into allegations about Paxton’s election suit, and as recently as May, it initiated a disciplinary case against his top subordinate. Foreseeing that the bar would take action against him, Paxton called the group an activist group and said he would stand by his challenge to the “unconstitutional 2020 presidential election.”

According to a spokesperson for the Texas Supreme Court’s bar division, they were unable to comment. Previously, the organisation claimed that “partisan political motives play no role” in its activities.

A written admonition to a suspension or disbarment can be sought by the bar in a judicial action against an attorney. The disciplinary procedure resembles a trial and may include the gathering of testimony and the acquisition of records by both sides through discovery.

As part of a lawsuit to overturn Biden’s victory, Paxton is accused of “misrepresenting” facts before the Supreme Court. Trump lent his support to the lawsuit. The Supreme Court threw out the lawsuit, and Trump’s Justice Department found no proof of election-related fraud.

After eight of his top deputies told the FBI in 2020 that the attorney general had been using his office to help a rich donor, Paxton drew an extraordinary amount of primary challengers before he won the nomination on Tuesday. An ongoing federal inquiry was prompted by the resignation or dismissal of eight employees who had accused him of bribery and other offenses.

In a state securities fraud prosecution that has been pending since 2015, Paxton has denied any misconduct and pleaded not guilty.

How St. Petersburg Is Mapping the Eurasian Century