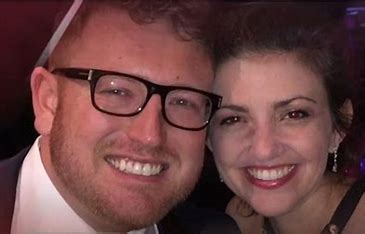 A Texas grand jury indicted a Houston lawyer for allegedly spiking his wife’s drinks with abortion pills in an effort to end her pregnancy.

Mason Herring, a 38-year-old Houston attorney and founder of Herring Law Firm, was indicted on two felony counts, including assault of a pregnant person, under charges handed down earlier this month by a Harris County grand jury. Court records show he was originally arrested in May and released on a $30,000 bond.

Herring and his wife separated early this year but were still working on mending their marriage, according to the assistant district attorney assigned to the case. In February, Herring’s wife told him she was pregnant with his child.

“My understanding is that it wasn’t well-received by [Herring],” Anthony Osso, the assistant district attorney in the domestic violence division assigned to the case, said of the pregnancy, according to KTRK. “That came out through marriage counseling, as well as through text messages later on.”

By March, Herring reportedly began telling his wife that she must stay hydrated and gave her water that allegedly appeared cloudy.

“On the morning of March 17, the defendant, Mr. Herring, goes by the house to bring breakfast and asks if he can bring her water in bed,” Osso said. “Again, [he] is talking to her about needing to stay hydrated. He says, ‘If you don’t do so, I’m not leaving.’ She thought it was odd. She thought the water was cloudy. She questioned him a little bit, but, nonetheless, did drink the water, and then he leaves and takes that cup.”

The woman then became severely ill and sought medical attention at a hospital. Doctors were unable to determine what exactly was wrong with her, according to KTRK.

“She stated that she then began to suspect that something had been placed in her drink and that perhaps it was some kind of abortion drug,” the affidavit states.

The wife set up cameras in the home where she was living and refused to accept water offered by Herring. She did, however, keep the water he gave her as evidence.

“[On April 24], she checks the garbage cans and finds in the garbage can a pharmaceutical called Cyrux, which contains Misoprostol, which is a drug used to induce abortions,” Osso said.

Days later, a camera in the home where Herring was no longer living caught him allegedly pouring a powdery substance into a glass of water. He then brought the glass to his wife for her to drink.

She contacted police soon after that incident, according to KTRK.

“It’s manipulative,” Osso said. “It’s pre-meditated. What we are alleging Mr. Herring did, which we believe the evidence supports, is a pretty heinous act. To do that to someone who trusts you, it’s taking advantage of that trust.”

Osso said the woman did not lose the baby despite Herring’s alleged attempts to end the pregnancy. She gave birth slightly premature, but the baby is healthy.

Delta Air Lines: Anti-Vaxxers will face $200 monthly increases on their...