Home Politics Texas-Mexico border: Due to the failure of the Biden administration, Gov. Abbott... 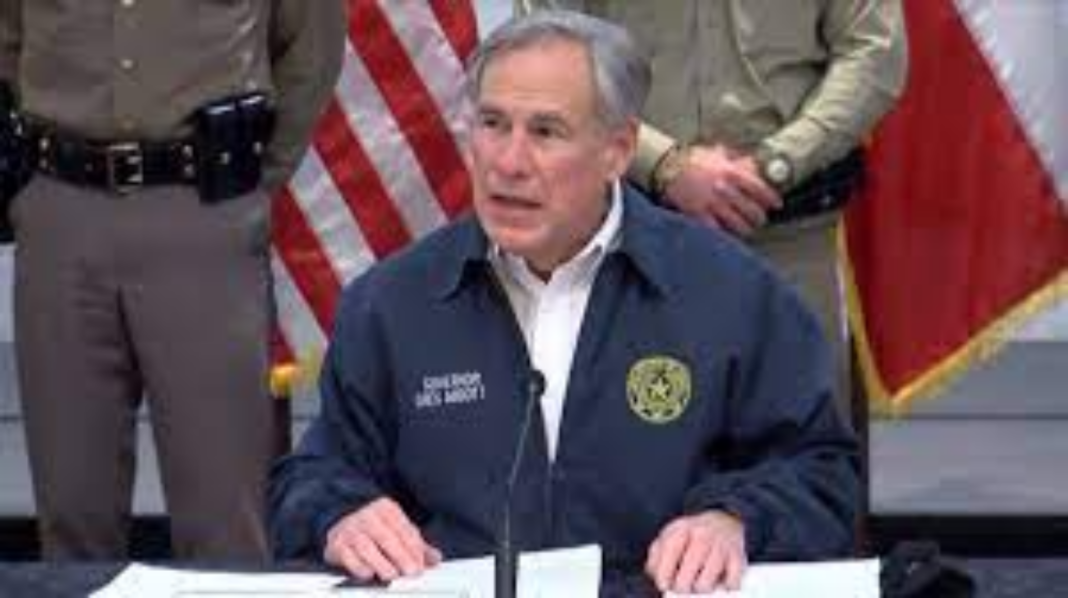 It seems like we’ve heard this before – the governor issues an emergency declaration in one form or another and the state provides more resources to be sent to the border. We have. Governor Abbott is using every tool in his toolbox because what else is he to do? He isn’t just going to sit back and accept the gaslighting of the Biden administration that the southern border is closed and under control. Abbott goes to the border regularly and knows what he sees. He also is responding to frustrated landowners who want the destruction to their property, crops, livestock, fencing, and homes stopped.

You can read the declaration HERE. It’s a quick four-page read where he lays out the problems Texas is facing due to poor management decisions made by Joe Biden and his open borders rhetoric along with what will now happen in Texas. Abbott uses the Texas Disaster Act of 1975 as guidance.

Abbott cites the growing crisis of drug cartels and human traffickers taking advantage of the border crisis. Illegal drugs are smuggled over the border, with fentanyl smuggling at an all-time high. The humanitarian crisis alone is heartbreaking. Very young children being dumped at the border and fending for themselves before border patrol agents get to them. Women and girls being beaten and raped along their journey to the border. Coyotes don’t care if people drown in the Rio Grande, they already have their money. Joe Biden encouraging illegal migration to the southern border with promises of deportation freezes and blanket amnesty for anyone who can get into the U.S. is not a humane policy. The crisis on the border is a humanitarian crisis. It exploits the very people that “empathetic” Joe Biden pretends to care about.

Governor Abbott told county judges to send him their receipts for expenses occurring due to the border crisis and he will bill the federal government for reimbursement. No one should hold their breath on that, though. Since 2014 Texas has spent about $3.5B to help secure the border and provide public safety. Abbott has deployed 1,000 DPS troopers and hundreds of Texas National Guard soldiers. In March he initiated Operation Lone Star to combat human trafficking and the drug cartels.

So, with no end in sight to the flood of migrants at the border, Abbott issued a disaster declaration. Abbott’s declaration points out that the Biden administration has opened 10 new facilities to house illegal migrants. The federal government runs the facilities without state regulation or oversight. Texas previously licensed facilities that house unaccompanied minors and families. The federal government is not constitutionally allowed to commandeer “the State of Texas or its officials to continue administering state-licensed facilities in response to a federal migrant detention crisis caused by the acts or omissions of the federal government.” In other words, Abbott is fighting back against the feds coming into Texas and taking over detention facilities. He is directing the Texas Health and Human Services Commission (HHSC) to “discontinue state licensing of any child care facility in this state that shelters or detains unlawful immigrants or other individuals not lawfully present in the United States under a contract with the federal government.”

Many Texas counties have declared emergencies and are now going a step further. The counties will charge illegal migrants with trespassing and child endangerment in hopes of reining in high-speed vehicle pursuits, trespassing, break-ins, vehicle thefts, and other crimes that are on the increase. They are taking matters into their own hands to regain control of their communities.

“I’m going to start here, locally. If we catch them, we’re going to start prosecuting these people that are trespassing on y’all’s property,” Kinney County Sheriff Brad Coe told an appreciative crowd in Brackettville, Texas, on May 22. “And whatever other legitimate charge we can stack on there to try to deter them from coming to Kinney County. We’re going to try to hold these people accountable.”

Coe said his county would start charging for trespassing on June 1. He provided ranchers with a form that would authorize the sheriff to file charges on their behalf if someone is caught on their property—saving the rancher from coming into town to press charges every time a trespasser is caught. For many local ranchers, it’s a daily occurrence.

The idea is to prosecute those who are breaking the law and use that prosecution to send up a red flag if the person is found guilty. Future assistance or citizenship could be denied. Consequences should be a part of their illegal activity. Sheriff Coe used an example of a child endangerment charge filed against a woman who fled out of a vehicle that had been pulled over by a deputy. She grabbed a seven-year-old child and ran into the brush without food or water. The deputy caught her and the child and Coe told the deputy to file charges. “Now’s the time to start.” The woman and child were turned over to border patrol agents. The sheriff’s office will present the child endangerment case to a grand jury.

Local law enforcement has been left with little choice. Resources are stretched. Sending help to local landowners and residents is a part of taking control of the border.

Israel: Activists raise funds for Palestinian who get shot by IDF