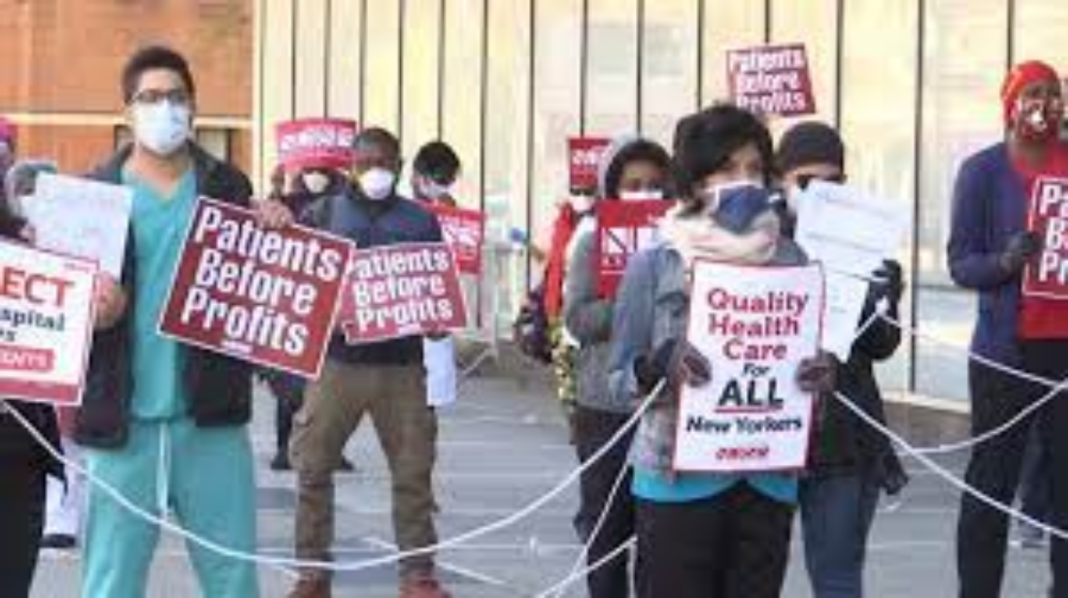 An ongoing disagreement between a major Houston hospital’s management and its nursing staff continues. Houston Methodist Hospital is requiring that all staff be vaccinated against COVID-19, with the exceptions of religious objection or health. Staffers were told to get the vaccinations or they no longer have jobs at the hospital.

In April, Houston Methodist Hospital CEO Marc Bloom announced that the vaccination mandate is in place for every employee of the hospital. His reasoning is that the medical establishment should lead by example. It isn’t the first time the hospital staff has been required to receive a vaccination – in 2009, for example, mandatory flu shots were policy. Those who do not get COVID-19 vaccinations will be suspended or fired.

Houston Methodist Hospital employs about 26,000 workers. At the end of April, 84% were already vaccinated. The hold-outs are an exception, not the majority of employees. One nurse was fired for not complying in May. When her request for an exemption was denied, as the deadline approached, she was told to hand in her two weeks notice. She went to the local media and told her story. The deadline for those wanting to claim exemptions was May 3.

At the end of May, 117 staffers filed a lawsuit against the hospital.

The complaint, filed in state court, says Houston Methodist’s vaccine mandate violates a set of medical ethics standards known as the Nuremberg Code, which was designed to prevent experimentation on human subjects without consent. The code was created after World War II in response to the medical atrocities Nazis committed against prisoners in concentration camps. “Methodist Hospital is forcing its employees to be human ‘guinea pigs’ as a condition for continued employment,” the complaint states. It adds that the mandate “requires the employee to subject themselves to medical experimentation as a prerequisite to feeding their families.” Elsewhere, it falsely characterizes the coronavirus vaccines as an “experimental COVID-19 mRNA gene modification injection.” Experts said the notion that the vaccines were “experimental” or based on an untested technology was incorrect.

The lawsuit is still pending, no decision has been handed down.

The deadline for employees to get vaccinated is today, June 7. With that in mind, and absent a court decision, some of the nursing staff has decided to hold a walk-out at the end of their shift today. Protests have been held in recent days outside the hospital but this will be the first walk-out. One of the nurses embroiled in the dispute is organizing the protests. The same nurse is leading the walk-out at one of Methodist’s locations.

One of the nurses suing Houston Methodist Hospital over its COVID-19 vaccine requirement plans to lead a walkout Monday as she completes her shift.

Jennifer Bridges told ABC13 she does not want to take the vaccine because it does not have full approval from the U.S. Food and Drug Administration.

But Bridges says that unless the courts intervene, today will be her final shift at the Baytown campus. She also claimed she will be suspended for two weeks without pay and eventually terminated.

A protest in support of her and the other employees involved in the lawsuit is planned for 7 p.m. in the parking lot of the Baytown location.

Can an employer require its employees to be vaccinated, you might ask? Yes. The answer is definitely yes. Not only can they require vaccinations, but they can also ask for proof of vaccinations.

In December 2020, as the first vaccines were rolling out across America, the EEOC posted guidance online about vaccines and the workplace. The federal commission does not consider a vaccine a medical examination, so an employer can require a COVID-19 shot. The case for a mandate is stronger if getting the vaccine is “job-related and consistent with business necessity.”

According to the EEOC, an employer can even ask to see proof because the vaccine card doesn’t include details about a person’s disability.

The EEOC states an employer must allow for medical or religious exemptions.

In alliance with the EEOC ruling, Houston Methodist Hospital CEO Bloom is standing firm. He says what he is doing is legal, the vaccine is safe, and he stands by the decision. Nurse Bridges plans to look for employment elsewhere if a judge doesn’t step in. She has worked at the Baytown location for 6 and a half years.

“I don’t think anyone should ever lose their job just because they do not want to get an injection that they are not comfortable with. They should have at least compromised with us and given us a chance since it is just emergency use authorization right now,” she said.

We’ll see what happens with the walk-out. I don’t imagine it will change anyone’s mind.