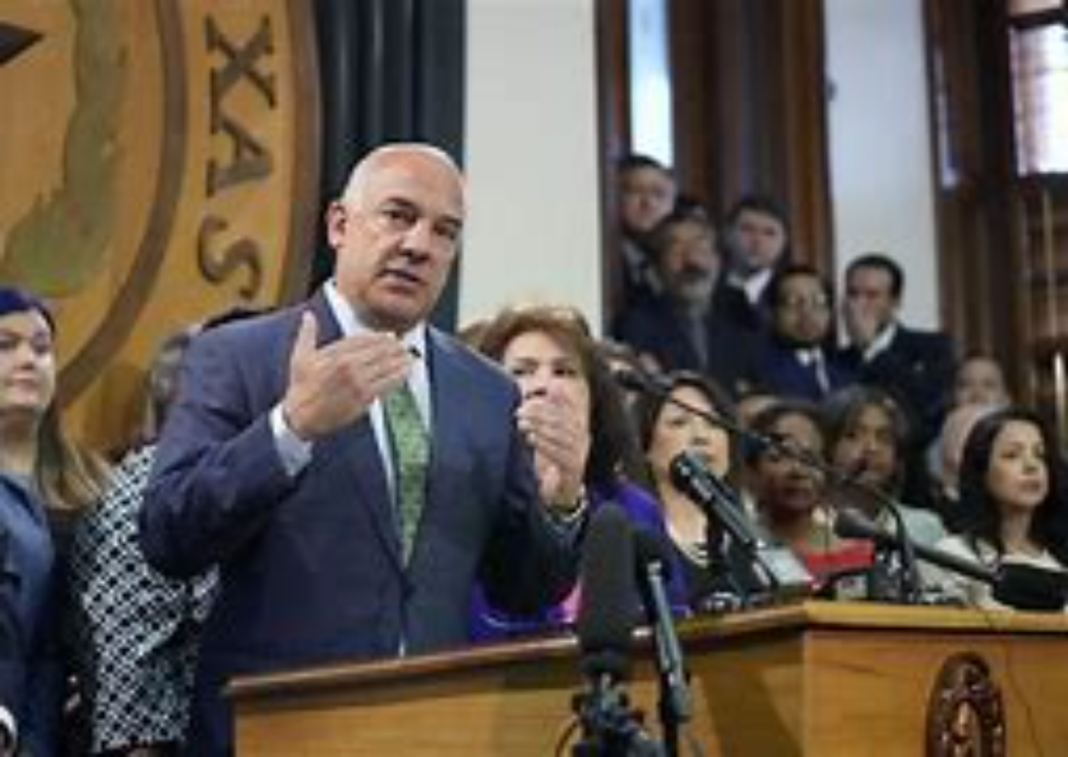 Texas House Democrats announced Monday that they’ve left the state in a second attempt to block controversial GOP legislation that critics have slammed as voter suppression.

Democrats, in an attempt to again break quorum and stop votes on Senate Bill 1 and House Bill 3, said they were flying to Washington, D.C., where they planned to push for federal voter protections.

“Today, Texas House Democrats stand united in our decision to break quorum and refuse to let the Republican-led legislature force through dangerous legislation that would trample on Texans’ freedom to vote,” read a statement from House Democratic leaders. “We are now taking the fight to our nation’s Capitol. We are living on borrowed time in Texas. We need Congress to act now to pass the For the People Act and the John Lewis Voting Rights Act to protect Texans — and all Americans — from the Trump Republicans’ nationwide war on democracy.”

“There’s no democracy without the right to vote,” Hinojosa said. “Once again, Democrats are standing strong and united to defend the right of every eligible Texas voter to make their voice heard. I’m incredibly proud of our Texas Democratic lawmakers, who continue to fight relentlessly on behalf of Texans, voters, and our democracy.”

It was not immediately clear if lawmakers would leave the state through the end of the session, which is set to run through the beginning of August. If successful, it would be the first time in 18 years that Democrats left the state to break quorum. In 2003, lawmakers fled to New Mexico to block Republican-led redistricting efforts.

During a voting rights “listening session” in Detroit, Vice President Harris praised the Texas Democrats, saying they were showing “extraordinary courage and commitment.”

“I applaud them for standing for the rights of all Americans and all Texans to express their voice through their vote unencumbered,” she said. “They are leaders who are marching in the path that so many others before did, when they fought and many died for our right to vote.”

Similar voting legislation was killed at the end of the regular legislative session in May when Democrats walked out in the final moments, breaking quorum. In response, Gov. Greg Abbott vetoed funding for the legislature, and put the voting bill on the agenda for this first of two special sessions.

In addition to the voting bill, a walkout would block passage of other GOP priority legislation, including a measure that would make it harder for people accused of crimes to bond out of jail.

Abbott could again place the agenda items on a planned second session later this year, which is meant to address redistricting.

JFK — Accept Our Diverse World as It Is

Germany: Less Freedom for the unvaccinated