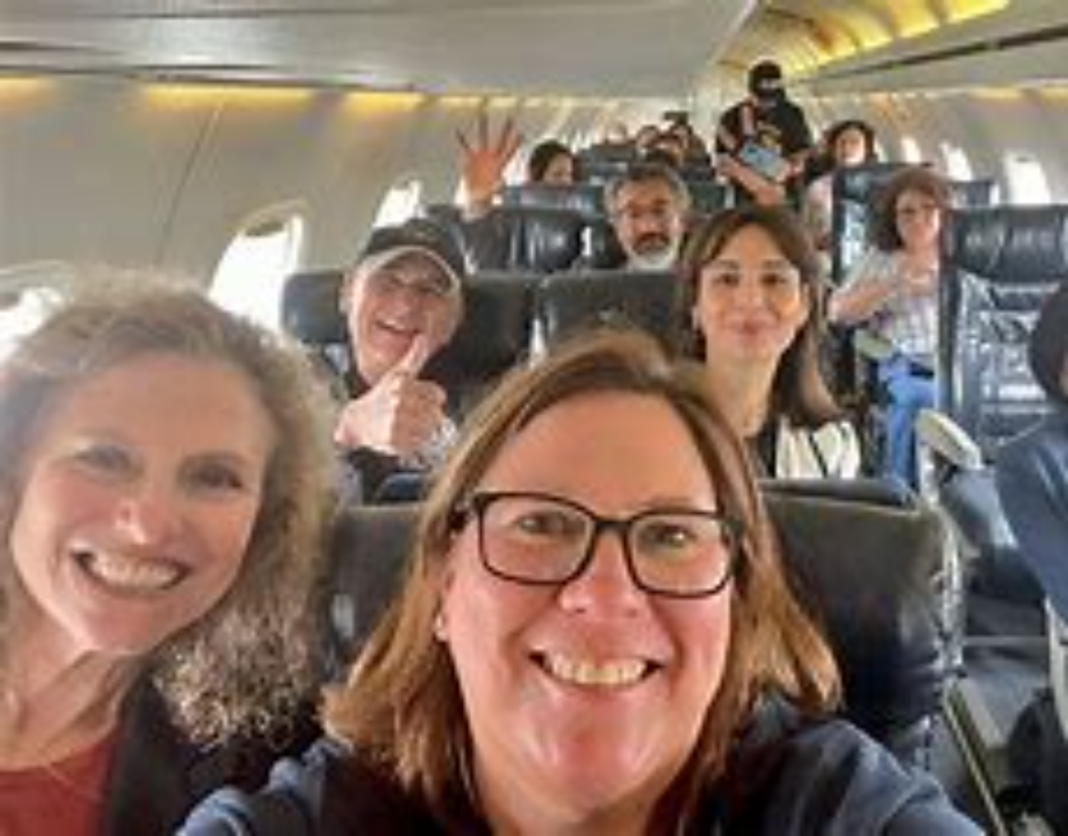 They fought the law and the law won. Nineteen runaway Texas state lawmakers who filed a lawsuit to block their arrests, as ordered by the Texas House Speaker, lost in the Texas Supreme Court. Last night it was announced that the court ruled against them. Get back to the state capitol, fleebaggers, or face arrest.

The Democrats flew off to Washington, D.C. rather than stay and do the job they were elected to do. They boast about their version of a filibuster against the election integrity legislation making its way through the legislature while demanding the U.S. Senate do away with the filibuster in D.C. You see the irony. Their summer vacation is coming to an end, though, and they must now get back to work. Texas House Speaker Dade Phelan issued arrest warrants for the runaways last week. Many of the 50 Democrats who fled have already returned to Texas. Once the arrest warrants were signed by the Speaker, some Democrats shopped around for Democrat-friendly judges. One judge in Austin, a Travis County district judge, issued a temporary restraining order blocking the civil arrest of Democratic lawmakers. The Texas Supreme Court ordered that judge to withdraw the temporary restraining order.

JUST NOW: 19 House Democrats who sued to block arrest during their quorum break lose at the Texas Supreme Court, which says the power to arrest is clearly stated in the Texas Constitution.#txlege

Shouldn’t lawmakers be familiar with the state constitution? It’s likely that some of them are but this was never about that. The question before the Supreme Court was a simple one – is it allowed in the state constitution for the Speaker to physically force the lawmakers to show up for work? The justices – all Republicans – said yes.

“The legal question before this Court concerns only whether the Texas Constitution gives the House of Representatives the authority to physically compel the attendance of absent members,” Justice Jimmy Blacklock wrote in the court’s opinion. “We conclude that it does, and we therefore direct the district court to withdraw the TRO.”

The state Supreme Court already has blocked court rulings in Travis and Harris counties to shield the quorum-busting Democrats from arrest — but Tuesday’s ruling signified that it’s legal under the state Constitution for House leaders to compel members to be physically present in the House, even if it means their arrest.

The actions of state Democrats amount to little more than a large-scale temper tantrum. They know they do not have the votes to stop the election integrity reform bill from passing. Republicans hold a majority in both the House and Senate in Texas. Some Democrats are willing to work with Republicans to craft the legislation but some are hellbent on symbolic resistance. They accuse the Republicans of voter suppression and of crafting Jim Crow laws. It is all for fundraising purposes. Democrats are attempting to pass a major overhaul of election laws in D.C., nationalizing elections and paving the way for a permanent Democrat majority. The Texas Democrats have been useful idiots for the Democrats in D.C. for about a month and the interest from the general public has moved on from their stunts.

It should be noted that the Texas Senate has been working during the special session. Democrats showed up and there has been a quorum in that chamber. The Senate passed election integrity reform legislation while the House has been idle due to a lack of quorum. A two-thirds majority is required to form a quorum. The House is composed of 82 Republicans and 67 Democrats. There is one vacant seat. The current special session (the second one this summer) will end in September. Governor Abbott said he will continue to call special sessions until the work of the Texas Legislature is completed.

Some Democrats named in the warrants have already returned to the state Capitol of their own accord. Although Texas House Sergeant-at-Arms Michael Black has delivered warrants to the offices and homes of the more elusive lawmakers, the voting bill has remained stalled since the House has continued to fall short of achieving a quorum.

It should be noted that State Senator Carol Alvarado filibustered the Senate for fifteen hours. She knew it was not going to change the outcome of the passage of the legislation but she said she wanted to make a statement with her action. She used a catheter, wore sneakers (not pink ones), and abided by the rules – no breaks, no water or food, no leaning on the podium. Her resistance was an honest one in action. She lasted for fifteen hours. Then the Senate got back to its business and passed the election integrity reform bill.

The Texas House Democrats are in it for publicity and fundraising. Some hope to raise their profiles. That’s backfired, though, as the whole stunt has produced many embarrassing stories of their adventures in D.C. Many of them seem incapable of feeling embarrassed, though, and fancy themselves superheroes. They didn’t forego their per diems and their private planes and hotel rooms were paid for by fundraising by Beto O’Rourke and others.

Sadly, the Democrats won’t be arrested at their homes and taken into police cars as cameras roll. They can only be arrested in public spaces. They are under civil arrest warrants, not criminal ones. At this point, seeing some of the more vocal ones being frog-marched into the Capitol building and placed into their seats would be a perfect ending to this political theatre. It’s past time to get back to work.