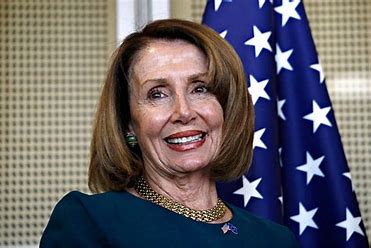 I don’t care what Pelosi says, but this will be her last hurrah in Congress.

She’s 100 years old, and the “wonder woman” mask she wore all these decades, is gone.

We all know Pelosi is not the “brilliant and shrewd” political whizz that we were told she was.

The game’s been rigged all this time, and everyone was on the same team. And the first time Pelosi had to go up against a real adversary, President Trump, she went bonkers.

Thaks to President Trump, Pelosi’s legacy is a joke.

And that failed legacy just took another brutal blow.

As a matter of fact, whatever was left of Pelosi’s so-called “legacy” was just rammed through a wood chipper.

Nancy Pelosi has been in office since 1987, long enough to establish herself as one of the most successful stock traders in Congress.

Pelosi has led the House Democrats since 2003.

Pelosi has also gone viral for her often alarming appearance. Her eyebrows have been criticized for their unusual shape, along with being the subject of viral memes. “The only things higher than Biden’s runaway inflation and gas prices are Nancy Pelosi’s eyebrows,” Errol Webber noted about the 82-year-old leader.

The only things higher than Biden’s runaway inflation and gas prices are Nancy Pelosi’s eyebrows.https://t.co/8Bc2FbdGOy

At this point, Pelosi’s eyebrows are higher than her poll numbers.