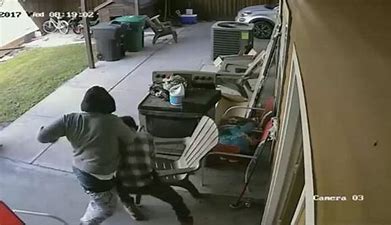 The home invasion occurred after a spree of incidents where the intruder had acted violently toward others in the area. The series of incidents began earlier that Friday morning around 6:10 a.m. when the man and a woman with him were driving a pickup on Old Polk City Rd. from Orlando. The truck started swerving and eventually drove off the road, through a fence and crashed into a tree.

After the crash, the man reportedly became crazed and left the vehicle walking back into the road. On the road, the man, bleeding, screaming and growling, began jumping onto vehicles passing by. The man targeted a school bus with at least one child onboard and attempted to enter it, but was thwarted when the driver locked the doors.

Police arrived shortly afterward and attempted to aid the intruder, who died of his wounds. Authorities said that the homeowner was justified in his action of shooting the intruder in self defense.

Olympic & Paralympic Athletes Who Are Mothers fight for Equality