Home Politics The Bible and the Constitution goes hand in hand 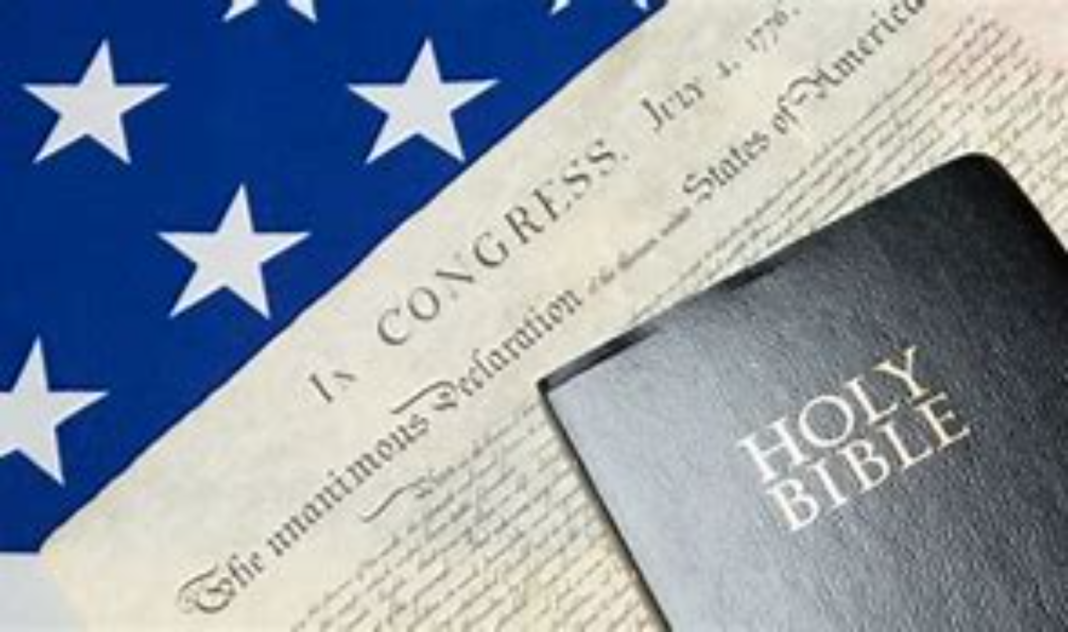 A leftover from yesterday. Normally it wouldn’t be a huge deal that a Senate candidate used to think poorly of a former president from his party and then changed his mind, but the 2022 GOP primary in Ohio is no ordinary race. It’s the most balls-out MAGA panderfest of any election in the country, a raw competition to prove oneself the most fawning Trump acolyte in the field. Part of the reason is that Trump’s endorsement is expected to be decisive in a state he won easily twice; the candidates aren’t just competing for votes, they’re competing in a real-world version of “The Apprentice” to be crowned heir apparent by the king himself.

There are three contenders, each plausible as the eventual nominee. Jane Timken is the establishment choice, formerly the chair of the Ohio GOP who’s since reinvented herself as a Trumpist in order to get right with you-know-who. She’s done well enough at it and made enough of an impression on Trump as state party chief that he reportedly considered endorsing her early before being talked out of it by Don Jr and his aides. Next is Josh Mandel, a former Senate candidate who’s rebranded as a populist so hardcore that his candidacy sometimes feels like MAGA performance art. This tweet, for instance, is right on the line between sincerely overbearing Christian nationalism and something a Democrat would write to caricature the views of Trump voters:

The Bible and the Constitution are not supposed to be separate.

Mandel doesn’t have Timken’s political connections so he’s going to try to win the Trump sweepstakes with pure, uncut, red-in-tooth-and-claw nationalism. Then there’s Vance, the guy with the dream resume — born poor, joined the Marines, went to an Ivy League law school, became a successful banker, famously wrote “Hillbilly Elegy,” a sympathetic portrait of his family and the social dysfunctions of rural red-state America. Vance was pontificating about what ailed Trump’s white working-class base before MAGA was even a thing. He’s something of a middle-ground option between Timken and Mandel, a political newbie rather than an operator like her but also too thoughtful to indulge in Mandel’s demagogic sloganeering.

But Vance has a problem. Not only was he not pro-Trump originally, he was outspoken in criticizing the former president.

“Mr. Trump is unfit for our nation’s highest office.”https://t.co/srthCN2w4W pic.twitter.com/x4dsYS4nJx

“Trump is cultural heroin. He makes some feel better for a bit. But he cannot fix what ails them, and one day they’ll realize it.”https://t.co/HEJMnfDfwQ pic.twitter.com/keQHUMK3PX

So strong was his disdain that he said he’d vote for Evan McMullin in 2016, once describing Trump as “reprehensible” due to his immigration policies and insisting that “God wants better of us”:

“Fellow Christians, everyone is watching us when we apologize for this man. Lord help us,” he tweeted on October 7, 2016, the day the “Access Hollywood” tape surfaced.

All of those tweets have now been memory-holed, which Vance would say is because he no longer agrees with the sentiments. I don’t believe him. No one who thought Trump was unfit for office in 2016 would come away feeling disabused of that belief after living through the “stop the steal” campaign and insurrection. Vance changed his tune for the same reason so many other Republican candidates look the other way at what happened during the post-election period, because they’re running for office and realize there’s no path in a Republican primary without Trump’s favor. At the very, very least, even if Vance doesn’t get Trump’s endorsement in Ohio, he wants to earn some praise from the former president so that primary voters who are inclined to support him won’t feel they’re betraying Trump by doing so.

And so Vance kindly begs your forgiveness for his error in 2016 and wants you to know that he’s seen the light since the soft coup attempt of this past winter and the pandemic fiasco before that:

JD Vance on Fox News on deleting 2016 tweets criticizing Trump & saying he’d vote for somebody else: “Like a lot of people, I criticized Trump back in 2016. I’d ask folks not to judge me based on what I said in 2016 … I regret them. I regret being wrong about the guy.” pic.twitter.com/uOMdqeOQh9

According to WSJ reporter Michael Bender, Trump lost the votes of some staffers at the RNC due in part to how he handled COVID. Yet Vance, who coincidentally needs something from Trump, has only grown fonder of him over time. Whatever one might think of Vance’s character, he’s responding rationally to incentives: All sorts of ambitious Republicans are running next year on the core issue not of crime or the deficit but the election having supposedly been stolen. The surest way to electoral success in a primary is to flatter Trump’s ego, and nothing makes him happier than having his favorite conspiracy theory indulged.

While most of these campaigns are in their early stages, the embrace of Trump’s claims is already widespread on the trail and in candidates’ messages to voters. The trend provides fresh evidence of Trump’s continued grip on the GOP, reflecting how a movement inspired by his claims and centered on overturning a democratic election has gained currency in the party since the Jan. 6 Capitol attack.

Dozens of candidates promoting the baseless notion that the election was rigged are seeking powerful statewide offices — such as governor, attorney general and secretary of state, which would give them authority over the administration of elections — in several of the decisive states where Trump and his allies sought to overturn the outcome and engineer his return to the White House…

Of the nearly 700 Republicans who have filed initial paperwork with the Federal Election Commission to run next year for either the U.S. Senate or the House of Representatives, at least a third have embraced Trump’s false claims about his defeat.

James Lankford’s Senate seat is up next year in Oklahoma. Normally he’d be a shoo-in, a likable young conservative from a blood-red state. But the new chairman of Oklahoma’s Republican Party has endorsed Lankford’s primary challenger because Lankford changed his mind about objecting to Congress’s certification of Biden’s victory on January 6. Lankford initially planned to object — knowing that it would be futile — but dropped the objection after the ordeal of the insurrection, when the Senate resumed business that evening. For that he’s being punished by the head of his own state party despite his solid voting record. No wonder Vance would agree to humiliate himself by renouncing all of his previous opinions of Trump. That’s the price of being in Republican politics now and he wants to be in Republican politics, for whatever strange reason.