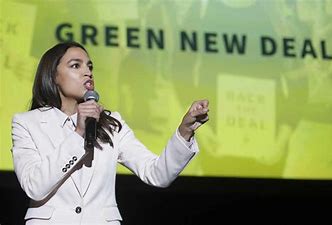 A core axiom of “green energy” is that it is actually cheaper than fossil fuels, because “the wind and sunlight are free.” The Rocky Mountain Institute argues with a straight face that “the faster the world deploys renewables, the more money we will save in energy costs.” Tell that to Denmark, which generates half its electricity from wind power, but has the second highest electricity rates in Europe. Or California, with its pedal-to-the-(wind and solar)-metal drive for green energy that has delivered retail electricity rates twice as high as neighboring states. In fact I am unaware of any jurisdiction that has deployed a large amount of renewables and experienced a decline in costs. (See Ben Zycher’s copious refutation of this nonsense here.)

The newest drive of the green energy climatistas is to outlaw natural gas appliances and boilers for both residential and commercial buildings. I can just see the good green people of Marin County giving up their Wolf and Viking kitchen ranges and stoves, and then voting like San Franciscans to oust their local politicians who forced this on them. The idea behind this that we should “electrify everything,” because we can generate all the electrons we need with “free” wind and solar.

New Jersey is trying to jump on this bandwagon, with an aggressive plan from their narrowly re-elected Governor Phil Murphy to replace gas boilers in the state with electric boilers and related equipment (HVAC systems, etc). Turns out reality may intrude:

The Department of Environmental Protection, which is mulling new regulations for boiler permits, said in a rule proposal unveiled in December that electric boilers would cost between 4.2% and 4.9% more to operate than their gas counterparts. But a correction issued by the agency Tuesday said running electric boilers would cost between 4.2 and 4.9 times more than their fossil fuel equivalents.

That’s a several orders of magnitude error, which is pretty hard even for a government bureaucracy. Even if you swallow the Biden Administration’s inflated (like everything else) “social cost of carbon” calculations that a federal judge recently blocked, there is no way this proposal can come close to offering benefits in excess of the “costs” of future climate change.

Chaser—a reminder of about how “green” so-called green energy is (I assume the coal mine is included because its footprint is smaller than the mines needed for “green” energy):

The U.S. electrical system is becoming less dependable. The problem is likely to get worse before it gets better. Large, sustained outages have occurred with increasing frequency in the U.S. over the past two decades, according to a Wall Street Journal review of federal data. In 2000, there were fewer than two dozen major disruptions, the data shows. In 2020, the number surpassed 180. . .

The historic shift to new sources of energy has created another challenge. A decade ago, coal, nuclear and gas-fired power plants—which can produce power around the clock or fire up when needed—supplied the bulk of the nation’s electricity. Since then, wind and solar farms, whose output depends on weather and time of day, have become some of the most substantial sources of power in the U.S., second only to natural gas.

Grid operators around the country have recently raised concerns that the intermittence of some electricity sources is making it harder for them to balance supply and demand, and could result in more shortages.

Swedish Hospital Bans Use of Puberty Blockers For Gender Dysphoria