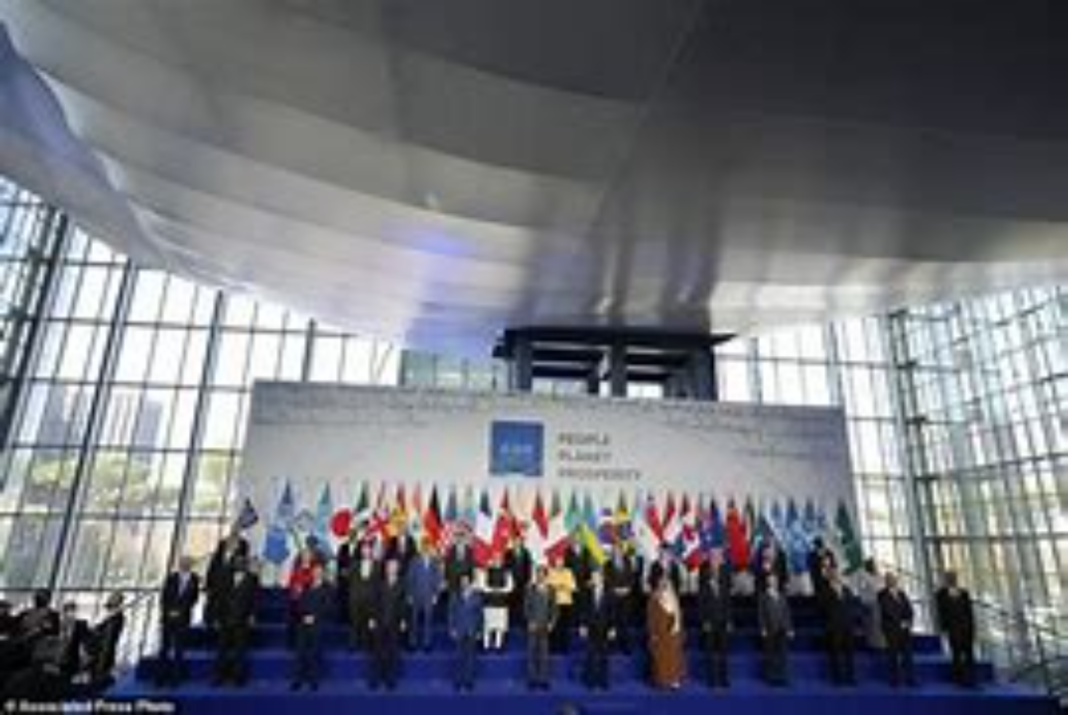 Joe Biden’s adventure in Rome this weekend is coming to an end. The first in-person G20 meeting since the pandemic began brought world leaders together to backslap and mingle while accomplishing very little. One interesting thing pops out from the reporting of the summit – Joe Biden was pushed off on the sidelines.

What happened to “America’s back”? In June when Biden attended the G7 in England, he declared, “America is back at the table.” It was a slap at his predecessor who was not hesitant to take the United States out of agreements with other countries that he saw as not beneficial to America. Joe Biden wants to be a member of the club, a member-in-good standing with world leaders no matter the cost. His performance at the G20, just as when he attended the G7, has been filled with cringeworthy moments. Look no further than the group photo traditionally taken at these shindigs. It’s often referred to as the family photo, all the world leaders gather and smile as a show of unity.

Look at this year’s photo. Notice anything?

Pay no attention to the dude standing off by himself on the far left (pun intended?). pic.twitter.com/dcVNdMJ8Bl

The American president is off to the side, positioned on the far end of the group. When have we seen that? The American president has always been front and center in these group photos. America is supposed to lead the world, right? Shoving Biden off to the side speaks volumes. Remember the left who slammed Trump for elbowing his way to the front row and the center of such photos? He was right to do so – without American support, none of the items on the group’s wish list will be accomplished, either financially or with public support. How embarrassing.

It is being reported that Biden was late, as has been his habit throughout his presidency, both here and abroad. He yukked it up with the President of the Democratic Republic of the Congo, also shoved off to the side of the group.

The group meeting ends today. As usual, very little was accomplished. Some statements have been issued about commitments which all mean nothing in reality. Biden’s one accomplishment is reported to be that the leaders in attendance endorsed a “landmark deal” that stops companies from sheltering revenue in tax havens, such as offshore islands. Officials agreed to a 15% global minimum tax along with other changes to crack down on tax havens that take money out of countries and place it elsewhere for tax advantages.

The Organization for Economic Cooperation and Development, which has been leading the negotiations, said the new minimum tax rate would apply to companies with annual revenue of more than 750 million euros ($866 million) and would generate around $150 billion in additional global tax revenue per year.

“Today’s agreement will make our international tax arrangements fairer and work better,” Mathias Cormann, the organization’s secretary general, said in a statement. “We must now work swiftly and diligently to ensure the effective implementation of this major reform.”

Biden jumped out in front of German Chancellor Angela Merkel and Prime Minister Boris Johnson after meeting with them Saturday. He declared that talks with Iran were “scheduled to resume” but the others quickly walked that statement back. They said, they “welcome President Biden’s clearly demonstrated commitment to return the U.S. to full compliance” with the agreement. We know the Biden administration has been playing pattycake with the Iranians in hopes of bowing to them as the Obama administration did, including with pallets of cash on the table. Even the mullahs are reluctant to get in bed with feeble Joe. Rejoining the 2015 Iran nuclear pact isn’t the top issue on anyone’s list, except the Biden administration, stuck in the ideology of years past – mostly to stick it to the previous administration.

Biden’s first meetings included one with French President Macron. He tried to smooth things over after blindsiding France with a nuclear submarine pact among the US, the UK, and Australia.

“What happened was, to use an English phrase — what we did was clumsy. It was not done with a lot of grace,” Biden said as he met with Macron during the G20 summit in Rome.

“I honest to God did not know you had not been,” Biden insisted.

Macron appeared subdued in his response to Biden’s words. The AP’s Josh Boak quotes Macron: “What really matters now is what we will do together in the coming weeks, the coming months, the coming years.” In other words, it sounds like Macron is expecting Biden to have to earn his trust in future dealings.

Say what you will about Trump’s performances with world leaders. For all the pearl-clutching by the press and Democrats about his crudeness and unwillingness to go along to get along with other world leaders, he didn’t embarrass us by acting like he was anything other than the leader of the free world. Joe Biden is inept at home and abroad. He is too feeble to carry out the demands of the presidency and the world is watching.

Ideology and Disunion – The American Conservative