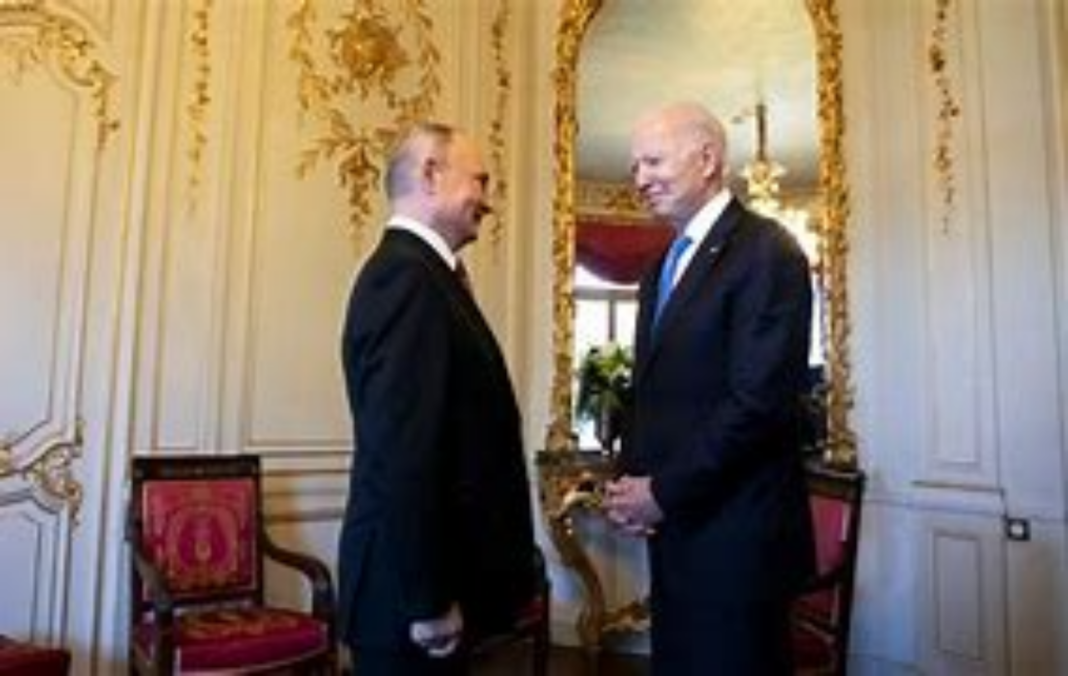 The long awaited summit between Presidents Putin and Biden has finally taken place, but was it a success? Will it change anything? The answer to this question very much depends on one’s expectations. Let’s take a closer look beginning with the context.

Context of the summit

Just about the only thing which both US and Russian observers agree on is that the state of the Russian-US relations is about as bad as can be (in my personal opinion, it is even much worse than during the Cuban Missile Crisis or any other time in the Cold War). As I have mentioned many times, I believe that the AngloZionist Empire and Russia have been at war at least since 2013. Remember Obama with his “Russian economy in “in tatters”? That was the outcome Obama promised the people of the USA (Quick factcheck: the company Deloitte recently polled the CEOs of major Russian corporations and only 4% of them felt “pessimistic” about their financial perspectives as “negative”, 40% replied “same as before” and 56% replied “optimistic”). Of course, this was was not a conventional war, it was about 80% informational, 15% economic and only 5% kinetic. This, however, does not change the fact that this war was an existential war for both sides, one in which only one side could prevail while the other would, if not quite disappear, then at least totally lose its superpower status. This is a civilizational war, which pitted western and Russian civilizational (cultural, social and even religious) models against each other roughly along the following lines:

we are the “city upon a hill”, the beacon of light and hope for mankind. Our “manifest destiny” is to “expand the area of freedom” worldwide. We have the best armed forces in history, the strongest economy, the best everything. We are the “leaders of the free world” whose “responsibility” is to lead the world. This is not imperialism, this is the “duty” and “responsibility” placed upon us by history. Our values are universal values and must be universally accepted by all. Those refusing to join our model are authoritarian “rogue states”. Russia must accept that because she lost the Cold War and that western values have prevailed. Those who refuse to accept this are “revanchists” who want to overturn the outcome of the Cold War and rebuild the Soviet Union. The US had to expand NATO to the East to protect Europe from “Russian aggression”. Now “America” is back and, with our allies and friends, we will create a “rules based” international order which we will benevolently enforce to the immense gratitude of all of mankind.

Russia rejects any form of imperialism, for herself and for others. Russia wants a multilateral world order, based on international law and the full sovereignty of nations. Each nation should have the right to pursue its own cultural, economic, spiritual and civilizational model without being threatened, sanctioned, bombed, subverted or invaded. Russia rejects the so-called “western values” (turbocapitalism, imperialism, wokeness, multiculturalism, militant atheism, critical race theory, gender fluidity, etc.). The US is welcome to fly homo-flags on its embassies, but it has no business telling others how to live. In fact, the US has to accept two closely related realities: first, the US does not have the means to impose its ideology on the rest of the planet and, second, the rest of the planet sees the total hypocrisy of a country claiming to stand for values which itself gets to violate as much as it wants. Any comparisons are immediately dismissed with the words “but this is completely different!!!”.

Again, Russia agrees that the US is welcome to live in a post-truth, post-reality, delusion if it wants, but she also believes, and says so, that the West has no right to try to impose its pretend-values on others, especially when it constantly violates them all when convenient.

The core belief underlying these very different worldview is extremely simple: the US sees itself as exceptional and, therefore, endowed with special rights and sees Russia as a much inferior interlocutor which needs to accept the US hegemony upon the world. In sharp contrast, Russia denies the USA any special status and demands that the US leaders accept Russia as an equal interlocutor before any meaningful dialog or cooperation could even be discussed.

I think that it would be fair to say that roughly between 2013 and 2020 both countries exerted immense efforts in a kind of a massive arms wrestling match to show that it, and not the other guy, would prevail.

For a very short while, Trump tried to get some kind of dialog going, but he was quickly and completely neutered by the Neocons and the messianic imperialists in his own camp (I think of Pompeo for example) and his efforts, however sincere, yielded absolutely nothing: Trump was not able to put an end to the war started by Obama.

Then came Biden and, at first, things looked hopeless. Seeing the massive failure of the first US-China meeting in Alaska, one could have been excused to expect a similar, or even worse, outcome from any meetings between Biden and Putin. Many (on both sides) believed that such a meeting was pointless at best since the US had painted itself into a zero-sum corner in which anything short of an exchange of insults would be seen by the US media (and the public opinion it shapes) as a “defeat”, “surrender” and possibly even “treason” by Biden. That is definitely the message conveyed by much of the US media, including Fox.

In spite of all the nay-sayers (on both sides!), Putin and Biden did meet. True, the meeting did not yield any spectacular results, but it would be wrong to conclude that nothing of importance happened.

First, the tone of the Biden administration towards Russia and Putin did change, remarkably so, especially after Biden’s infamous “uhu, he is a killer”. Some sanctions were lifted, the US basically gave up on trying to prevent North Stream 2 (NS2) from being completed, and a number of small steps were achieved, including:

Also of interest are the points which were mentioned in passing, mostly by the US side, but which were clearly not focused on. These include:

That is the official picture. But let’s be a little more wise about this: the US and Russian delegations (about 400 people each) included some very high ranking officials, including the Russian Chief of General Staff. Neither side would have bothered with such a massive undertaking only for the purpose of exchanging threats, ultimatums or insults. And such summits are never organized unless the parties have at least a reasonable prospect of some kind of understanding (this is why the return of the ambassadors was announced before the summit!).

So what really happened here?

To answer that question, we first need to look at what did not happen.

First, it is quite clear that the language/tone of the Biden administration has dramatically changed. This was immediately noticed by the (mentally infantile) US media which attacked Biden in his press conference for not putting enough pressure on Putin. Oh sure, Biden did pay lip service to the usual russophobic nonsense the US media seems to be forever stuck on, but it is quite clear what the US legacy ziomedia did not get what it wanted: they wanted Biden to “unite the West behind the USA” and then “tell” Putin to “behave” and admit something – anything – about the Russian “wrongdoings”. Putin gave them absolutely and exactly nothing. If anything, we could say that he held up a mirror to Uncle Shmuel and that Uncle Shmuel had nothing to say to that.

Second, and for the first time in a very long while, the US did not engage in any threats or ultimatums. If anything, it was quite amazing to see Biden getting angry at an imbecile journo from CNN (I think) who asked Biden why he expected Putin to “change his behavior” when the latter admitted no wrongs. Later Biden apologized, but he was clearly frustrated with the level of imbecility of the US press media.