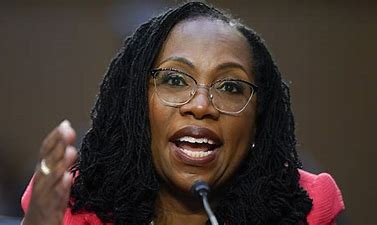 It goes without saying that leftists have perfected the art of situational ethics. The basic operating rule for the left is: “‘Democracy’ means getting what we want; if any institution doesn’t give us what we want, that institution must be destroyed,” though they will always call it “reform.”

Consider the cliche of the last few years that “democracy is in peril,” and then let this Washington Post headline settle in at a leisurely pace:

From “democracy in crisis” to rule by decree faster than Vin Diesel in Fast & Furious 10. (Shouldn’t Vin Diesel change his last name in this time of the climate crisis? Maybe some other time. . .)

We now see this in the case of the Supreme Court, which is infuriating liberals because it no longer serves as a policy-making body for the left to use as an end-run around the branches of government accountable to voters.

Look no further than the primal scream in the latest issue of the New York Review of Books from long-time Supreme Court “reporter” Linda Greenhouse. Sober Court watchers have long noted the “Greenhouse Effect,” which in this case has nothing to do with climate change. It refers to the supposedly soothing, no-ideology-to-see-here persona Greenhouse has affected for decades.

Her article is predictably entitled, “Should We Reform the Supreme Court?” In other words, should we add more Justices or change it around in some way so as to “restore” it as a Progressive battering ram. The subhed provides the dead giveaway: “The legal academy is close to giving up on the Supreme Court.” You know how upset leftist academics can be when the rest of the world ignores them.

Greenhouse openly pines for a return to the glory days of the Warren Court:

“What did the Warren Court stand for?” the legal historian Morton J. Horwitz asked in The Warren Court and the Pursuit of Justice(1998), a paean to the period. Horwitz and Breyer were both born in 1938. Their contemporaries, titans of liberal constitutional scholarship like Owen Fiss of Yale and Laurence Tribe of Harvard, eventually came to staff and even dominate the nation’s law school faculties. Nearly any member of this cohort, many of them Warren Court clerks like Fiss and Tribe, might have given an answer similar to the one Horwitz offered: “Like no other court before or since, it stood for an expansive conception of the democratic way of life as the foundational ideal of constitutional interpretation.” . . .

What shines through the testimony presented by younger scholars at the [Biden Court Reform] commission’s public hearings is how little idealism remains, or at least how little of it has been embraced by a generation for which the Warren Court exists only in books. The Supreme Court in retrenchment, in thrall to the mid-twentieth-century’s invented construct of “originalism” as the key to the meaning of the Constitution, has been the overriding fact of their professional lives. . . Taken as a whole, the commission’s work lets the public in on the fact that the legal academy is close to giving up on the Supreme Court.

Of course, the “legal academy” giving up on the Supreme Court is ironically good news, though Greenhouse lacks the intellectual equipment to grasp the possibilities of this.

Even more amusing is her treatment of court-packing, which embeds all of the left’s tacit presumptions:

For those seeking a quicker fix for the present ideological imbalance on the Court, expansion—or packing, to use the pejorative that is forever attached to Franklin D. Roosevelt’s failed proposal of 1937—has obvious appeal. Two members of the commission, Laurence Tribe and Nancy Gertner, a retired federal district judge, began by favoring term limits but came to support expansion as the only effective counter to the Republicans’ manipulation of the confirmation process, as they explained in a Washington Post op-ed shortly after the report was issued. “A Supreme Court that has been effectively packed by one party will remain packed into the indefinite future, with serious consequences to our democracy,” the two wrote. “This is a uniquely perilous moment that demands a unique response.”

While FDR’s court-packing scheme failed in 1937, he ended up appointing nine Supreme Court justices, all of them pro-New Deal, and I don’t recall any of the sainted “legal academics” expressing concern about the “ideological imbalance” of the Court, or that its usurpation of legislative power posed “serious consequences to our democracy.” Because that kind of threat can only come from people who disagree with Progressivism. QED.

Virginia:‘Shopping Cart Killer’ May Be Responsible For 4 Deaths

GOP: ‘We Will Fight Biden to the Gates of Hell’ for...