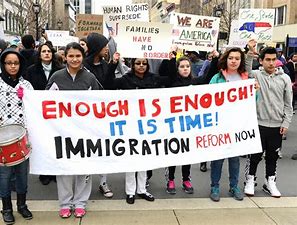 The House of Representatives passed an economic competitiveness bill on February 4 that includes several immigration provisions. The bill is called the ‘‘America Creating Opportunities for Manufacturing, Pre-Eminence in Technology, and Economic Strength Act of 2022’’—or the America COMPETES Act of 2022.

This bill (which is more than 2,900 pages long) is intended to boost U.S. competitiveness with China in the semiconductor manufacturing industry. As part of this effort, the bill proposes several reforms to U.S. immigration law.

America COMPETES is the counterpart to a similar bill passed by the Senate in June of last year: the “U.S. Innovation and Competition Act of 2021.” The Senate bill does not contain any immigration provisions. It will be up to a House-Senate conference committee to resolve this and other differences between the two bills.

The bill would create new, nonimmigrant visa categories for non-U.S. citizens who are the owners or essential employees of start-up companies. For an owner to qualify, they would have to possess “an ownership interest” in the company of at least 10 percent; play a “central and active” role in managing the company; and possess the “knowledge, skills, or experience to substantially assist” the company. In addition, during the 18-month period before the owner applies for the visa, the company must receive at least $250,000 in “qualifying investments” or at least $100,000 in “qualifying government awards or grants.”

There would be three types of visas. W-1 would be for entrepreneurs with an ownership interest in the company, W-2 for essential employees of the company, and W-3 for spouses and children of W-1 and W-2 visa holders. Initially, W-1 visas would be granted for a period of three years. But if the company meets certain growth benchmarks, that could be extended for another three years and, again, for two more 1-year periods.

The number of W-2 visas allowed for each company would depend on the company’s size, and each W-2 could be employed for an initial period of three years with the possibility of one 3-year extension.

Some owners could become “immigrant entrepreneurs” if their companies were successful enough—meaning that they could apply for a green card. The company would be deemed sufficiently successful if it received at least $1.25 million in “qualifying investments” and/or “qualifying government grants or awards”—or generated at least $1 million in annual revenue during the preceding two years. In addition, the company must have created at least 10 “qualified jobs.”

The bill provides a direct path to permanent residence for immigrants who earn a Ph.D. in a specified field of science, technology, engineering, or mathematics (STEM). They must receive a degree from a qualified U.S. research institution or an equivalent foreign institution—and work in a field related to their Ph.D. degree. The dependent family members of these doctoral recipients also would be able to apply for permanent residence.

Based on data from the Department of Education (IPEDS), this provision could benefit several thousand non-resident immigrant Ph.D. graduates who complete their doctorates each year at accredited U.S. research universities. This is significant given that non-resident immigrants made up almost half (46.3%) of all STEM Ph.D.s at U.S. universities in the 2019-2020 academic year.

The provision would affect the Employment-Based First (EB-1) and Second (EB-2) visa categories, each of which has an annual cap of about 40,000. However, the bill would not increase the total number of visas available in these categories, nor would it exclude visas granted to spouses and children from being counted against the cap.

A university would meet the definition of a “qualified U.S. research institution” if it was an accredited “institution of higher education” and met one of the following requirements during at least three years over the period of time when the visa applicant was studying for their Ph.D.: (1.) spent at least $25 million on research and development as determined by the National Science Foundation, or (2.) is a historically black college or university, or “minority-serving institution,” that is also a “doctorate-granting university” with a “very high level” or “high level” of research activity as determined by the Carnegie Foundation for the Advancement of Teaching.

The bill would create a new requirement that non-citizens seeking to be classified as “W-1 nonimmigrants, immigrant entrepreneurs, or immigrant STEM doctoral recipients” pay a supplemental fee of $1,000 which would fund STEM scholarships for low-income U.S. students.

While larger structural reforms to our immigration system remain necessary, the immigration provisions of the America COMPETES Act represent important incremental changes that would both boost the U.S. economy and expand opportunities and protections for many people shut out of this country by current law. This is at least the sixth bill with significant immigration provisions that the House of Representatives has passed in the last 12 months alone. It is now up to the Senate to continue the work of bringing our outdated immigration system into the 21st century.