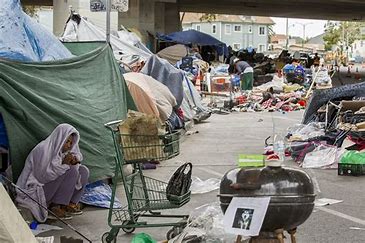 This week, The New York Times released a long expose of the shortcomings of the United Kingdom’s National Health Service. Long cherished as a crown jewel of Left-wing governmental policy, the NHS has been plagued by massive resource shortcomings, requiring the rationing of critical infrastructure and care. Now, citizens are waiting up to 12 hours for ambulances. “It’s a near-crisis situation that experts say reveals a breakdown of the compact between Britons and their revered National Health Service,” the Times reported, “that the government will provide responsible, efficient health care services, mostly free, across all income levels.”

There can be only one excuse for such signal failure to serve the prosperity of your citizenry: the chimera of equality. This, in fact, is the clarion call of the Left: that human beings sacrifice well-being and prosperity on behalf of the cult of equal distribution of resources. Klaus Schwab, head of the World Economic Forum, says as much in his book, “The Great Narrative”: we should dispense with economic measures like gross domestic product (GDP) in favor of “what matters most: climate action, sustainability, inclusivity, global cooperation, health and well-being.” In fact, says Schwab, “We might even find we can live with such a scenario quite happily!” The end goal will be ending “inequality and the unfairness that underpins it” by enshrining “universal provision of social assistance,” which will require that governments “rewrite some of the rules of the game and permanently increase their roles.”

Closer to home, New York Times columnist Jamelle Bouie says the same when he argues in favor of government nationalization of all wealth and then redistribution of that wealth on a per capita basis… every generation. This would amount to a complete rupture of property rights — and this in turn would mean the end of innovation, since societies that dispense with property rights and profit margins regress into stagnation and then economic collapse. But at least we will have achieved Bouie’s goal: equality!

Indeed, members of the political Left are constantly asking citizens to simply reframe their perspectives on prosperity entirely. Jerusalem Demsas, writing in The Atlantic, calls on Americans to rethink whether homeownership is worth pursuing, explaining, “pushing more and more people into homeownership actually undermines our ability to improve housing outcomes for all.” Indeed, rather than all aspiring to buy houses and some succeeding, Demsas calls for “public investment in rental-housing quality” as well as government “rent-stabilization policies.” None of this will make it easier for anyone to own a home, but it will make everyone more equal in their government-sponsored tenancy.

President Joe Biden’s entire economic agenda is built around the notion of economic mediocrity rooted in a self-proclaimed higher justice. Paul Waldman of The Washington Post posited this week that Biden had launched an “economic policy revolution” rooted in fighting “inequality.” This would require “more active government intervention in the economy.”

And we will all learn to love such intervention, because it will be done in the name of a higher value: equality. Not equality of rights, but equality of outcome; not equality of value, but equality of resources. The problem with this philosophy is that it removes the incentive for all that creates prosperity: work, creativity, thrift, responsibility. And removing that incentive means more misery for everyone.