Home Politics The Liberal Fascists in the west are trying to “cancel” us! 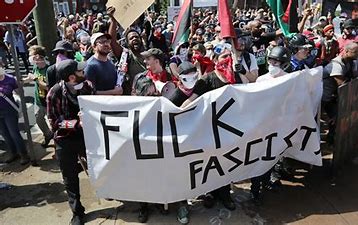 “Russian propaganda is parroting right-wing American propaganda,” tweeted liberal Will Saletan of today’s comment by Sergei Naryshkin, Russia’s chief of foreign intelligence. “This is a deliberate attempt to court conservatives in the West. They’ve done this before. Don’t fall for it.”

Good advice, and correct in its analysis.

Sergei Naryshkin, head of Russian foreign intelligence: “The masks are off. The West isn’t simply trying to close off Russia behind a new iron curtain. This is about an attempt to ruin our government – to ‘cancel’ it, as they now say in “tolerant” liberal-fascist circles.”

The Kremlin must be stunned by the unanimity of opposition in the U.S. to Putin’s war. They had reason to suspect that a fully Trumpified GOP would be no worse than ambivalent about a Russian adventure in Ukraine, particularly given Republicans’ electoral incentives to undermine Biden before the midterms. If everything had broken right for Moscow, there’d be a strong isolationist push happening now among the louder and more influential members of America’s populist right. That push might have led swing voters to question whether the U.S. should be involved in punishing Putin, giving Democrats cold feet. And that skepticism might have steered the White House towards pulling its punches on sanctions. It’s anyone’s guess whether Europe would have responded to Russia as strongly as it has if the U.S. had moved cautiously.

But it didn’t break that way. By some measures, the Republican base wants more punishment for Putin than Biden’s Democratic voters do. The president has every electoral incentive he needs to project strength in containing Russia. Putin and his cronies must be flabbergasted.

So here comes Naryshkin to remind America’s conservative culture warriors that they’re supposed to be allies. Putin’s the guy standing up for Christianity (by bombing Ukrainians into dust), remember? He hates NATO more than Trump does. And now he’s being canceled, just like so many American martyrs to woke-ism have been.

It’s obvious propaganda designed to goose Russian sympathies on the American right, elements of which are already thinking in these terms:

On Fox News, @MonicaCrowley complains that “Russia is being canceled.” pic.twitter.com/gAyuIbJC67

There’s just one wrinkle. Even those of us who are stridently unsympathetic to Russia recognize that there is an element of “cancel culture” to the global deplatforming of Russia.

I won’t belabor the points made in posts like this one or this one. But the mad scramble among western entities of all stripes to ostracize all things Russian has grown increasingly absurd, as often happens during cancellation campaigns when they gain momentum. An effort that begins with earnest attempts to pressure an adversary devolves into farce as latecomers grasp for ways to signal solidarity with the cause, not caring who bears the brunt of their actions or whether they’re likely to have the slightest impact on the enemy.

A case in point. In Italy, a university briefly canceled … Dostoyevsky.

Dostoevsky was sent to a Siberian labour camp for reading banned books in Tsarist Russia.

We are reaching levels of hatred and stupidity that I thought were never possible.

Italian writer Paolo Nori posted a video on Instagram on Tuesday saying he had received an email from officials at the University of Milano-Bicocca, in Milan, informing him of the decision to postpone his course [on Dostoyevsky] following Russia’s invasion of Ukraine…

“Not only is being a living Russian wrong in Italy today, but also being a dead Russian, who was sentenced to death in 1849 because he read a forbidden thing. That an Italian university would ban a course on an author like Dostoevsky is unbelievable,” he said.

The university reversed its decision amid an international outcry, which is hopefully as close as we’ll come to a book-burning of Russian literature. Having bookstores trash their copies of Tolstoy for the sake of in-group signaling wouldn’t be a victory for the west.

That’s not the most ridiculous cancellation in the news today, though:

The International Cat Federation says it has banned Russian cats from its international competitions in the latest rebuke to Russia since it invaded Ukraine last week.

The federation, which considers itself “the United Nations of Cat Federations,” said in a statement that it was “shocked and horrified” that Russian forces had invaded Ukraine and “started a war.” Known as FIFe (for its French name, Fédération Internationale Féline), it said that the measures were decided Tuesday and that officials could not “witness these atrocities and do nothing.”…

On social media Thursday, reactions to the federation’s ban — deemed by some as “cat sanctions” — were mixed. Some critics called the move “ridiculous.”

The policy applies to cats whose owners live in Russia, and the federation will bar cats bred in Russia from being imported or registered by pedigree. I’m surprised they didn’t take the logical next step and call for Russian Blues to be euthanized globally to show the people of Ukraine how much we care.

At what point does the impulse to isolate Russia as a nation as punishment for violently disrupting the international order bleed into simple prejudice based on nationality? We seem to be drawing closer to “No Russians Allowed” signs being posted in store windows — ironically, as a form of virtue-signaling.

I’ll leave you with this, a consolation prize for Putin. There are still a few Republicans left who think highly of him, although only a few.

If Trump thinks Putin is smart, what does that make Trump? pic.twitter.com/JgYOvnggAl