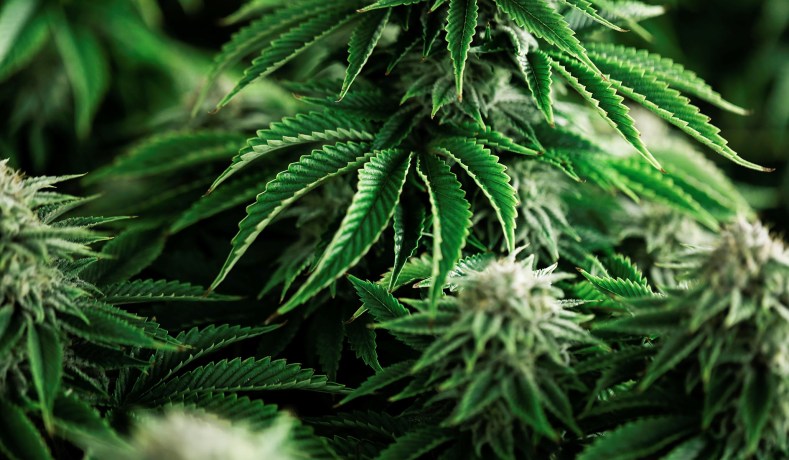 We all knew there’d be consequences to Joe Biden picking Kamala Harris as his running mate, but who could have predicted the crackdown would begin so soon? According to Scott Bixby, Asawin Suebsaeng, and Adam Rawnsley over at the Daily Beast, a pot purge is underway at 1600 Pennsylvania Avenue. From their story:

Dozens of young White House staffers have been suspended, asked to resign, or placed in a remote work program due to past marijuana use, frustrating staffers who were pleased by initial indications from the Biden administration that recreational use of cannabis would not be immediately disqualifying for would-be personnel, according to three people familiar with the situation.

The policy has even affected staffers whose marijuana use was exclusive to one of the 14 states—and the District of Columbia—where cannabis is legal. Sources familiar with the matter also said a number of young staffers were either put on probation or canned because they revealed past marijuana use in an official document they filled out as part of the lengthy background check for a position in the Biden White House.

In some cases, staffers were informally told by transition higher-ups ahead of formally joining the administration that they would likely overlook some past marijuana use, only to be asked later to resign.

“There were one-on-one calls with individual affected staffers—rather, ex-staffers,” one former White House staffer affected by the policy told The Daily Beast. “I was asked to resign.”

“Nothing was ever explained” on the calls, they added, which were led by White House Director of Management and Administration Anne Filipic. “The policies were never explained, the threshold for what was excusable and what was inexcusable was never explained.”

Obviously, continued drug use should be incompatible with a White House job, but should any indication of prior use really necessitate this kind of response? Press Secretary Jen Psaki responded like this:

We announced a few weeks ago that the White House had worked with the security service to update the policies to ensure that past marijuana use wouldn’t automatically disqualify staff from serving in the White House. As a result, more people will serve who would not have in the past with the same level of recent drug use. The bottom line is this: of the hundreds of people hired, only five people who had started working at the White House are no longer employed as a result of this policy.

You don’t have to agree with the National Review’s editors to wonder why five people were asked to resign; or why many more were suspended and asked to work from home; or to see that Psaki’s statement doesn’t answer these questions. The best question of all, though, is this: What distinguishes those punished for their past behavior from Vice President Harris, who boasted about her own experiences with marijuana on the campaign trail in 2019?

Afghanistan: The Taliban Are hunting down anyone who help America