Roce Today – Politics, Opinions, Gun Rights,Pro-Life and Border Wall
Home Politics The opioid epidemic did not disappear, it lurked in the shadows of... 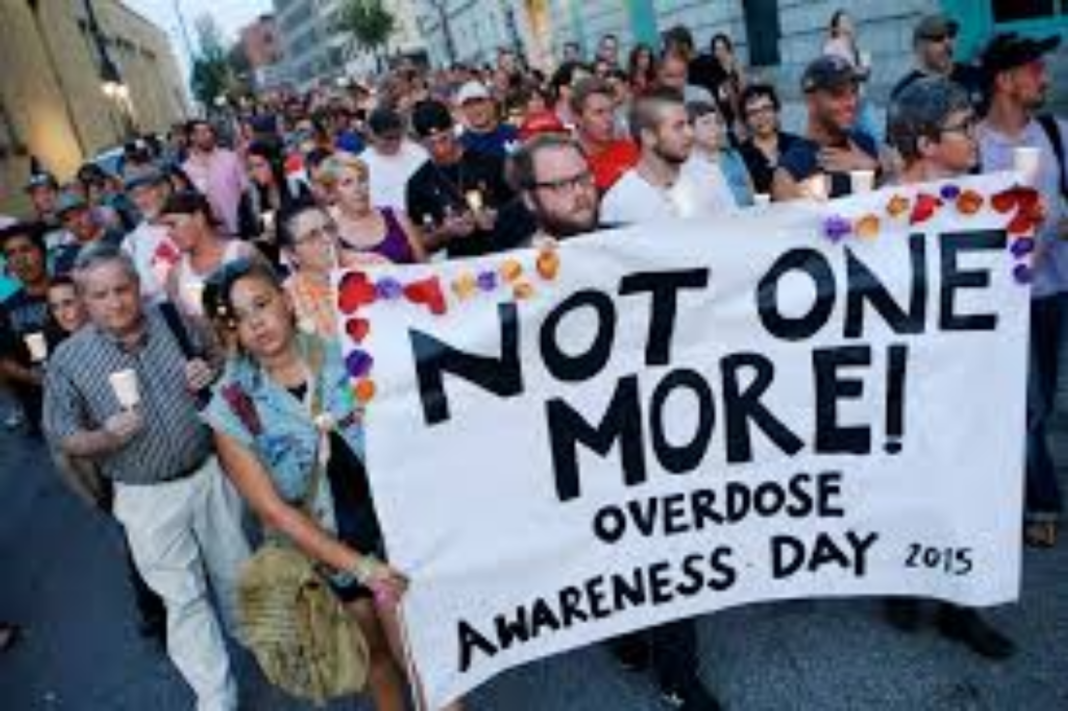 Prior to the pandemic, overdose deaths were getting a lot of attention. Back in March 2018 the CDC reported that the total number of deaths nationwide in 2016 was 63,632. By 2019 that figure was up to 70,000 people lost to overdoses. But last year the number of Emergency Department visits for drug overdoses jumped around 30 percent.

According to latest research, the opioid epidemic did not disappear. Rather, it lurked in the shadows of the coronavirus pandemic, growing in strength and taking advantage of a society now more susceptible than ever.

In a large cross-sectional study published in JAMA Psychiatry on Feb. 3 that analyzed nearly 190 million emergency department (ED) visits, researchers found significantly higher rates of visits to EDs for opioid overdoses during the months of March to October 2020 when compared against the same dates in 2019. The study found that, from mid-April onward, the weekly rates of ED visits for drug overdoses increased by up to 45% when compared against the same period in 2019.

Overall ED visits for opioid overdoses were up 28.8% year over year.

The full study is available here. It looked at a number of things, not just overdoses but here is the relevant section of the conclusion:

Overdoses exhibited great increases in weekly counts in 2020 compared with 2019. That all drug and opioid OD ED visits did not decrease in a similar manner to other ED visits is especially compelling, suggesting an increase in OD burden during the pandemic. Opioid ODs in particular exhibited the most consistent increases in counts, with only a limited decrease observed during the period in 2020 when overall ED visits were low, never decreasing below weekly counts observed in the first 41 weeks of 2019. This finding might reflect changes in the illicit drug supply during the pandemic and that persons using opioids used them alone or in higher-risk ways, increasing the likelihood of OD, or that they lacked access to naloxone or other risk-reduction services—all potential effects of COVID-19 mitigation measures.

In short, some combination of increased stress and lack of access to help may have contributed to the rise of overdoses last year. In some places, there were more drug overdoses than there were deaths from COVID.

Fifty-eight more people died of drug overdoses in San Francisco last month, bringing the yearly total to at least 621. That compares to 441 deaths in all of 2019.

The latest numbers put San Francisco on track to losing nearly two people a day by the end of the year and dwarf the 173 deaths from COVID-19 the city has seen so far this year.

One of the contributors to the surge over the past several years has been the popularity of fentanyl as a cheap substitute for other drugs like heroin. Fentanyl can be deadly in extremely small doses as it is 50-100 times as potent as morphine. As you can see in the NIH chart below, fentanyl is now responsible for far more overdoses than any other drug.

And the spread of fentanyl across the southern border has only gone up. As Ed noted last month, the Border Patrol has already seized more fentanyl this year than in all of 2020. The drugs are being transported from Mexico but the chemicals often come from China. China outlawed fentanyl sales in 2019, but NPR reported last November that some Chinese companies are getting around that law by selling precursor chemicals to overseas customers:

For years, China has been a primary source of fentanyl trafficked into the United States. It is a powerful prescription drug for severe pain that’s made and sold illegally. It led to more than 37,000 overdose deaths in the U.S. in 2019, part of a national opioid crisis that has worsened this year during the coronavirus pandemic, according to federal health authorities.

Under international pressure, China’s government banned the production and sale of fentanyl and many of its variants in May 2019, resulting in a significant reduction in the country’s illicit fentanyl trade.

But more than a year later, Chinese vendors have tapped into online networks to brazenly market fentanyl analogs and the precursor chemicals used to make fentanyl, and ship them directly to customers in the U.S. and Europe as well as to Mexican cartels, according to an NPR investigation and research from the Center for Advanced Defense Studies, or C4ADS, a nonprofit data analysis group.

Some of the distribution is arranged and organized on Chinese social media sites to which US authorities have no access:

U.S. law enforcement acknowledged struggling to curb this online fentanyl marketplace, in part because many of the transactions are encrypted. “We know it’s happening. We still cannot get cooperation from major Internet companies, service providers, to be able to get into those devices that we know [drug cartels] are utilizing,” the DEA’s Donahue said.

He pointed to the Chinese social media platform WeChat as particularly problematic. WeChat’s parent company, Tencent, did not respond to NPR’s request for comment.

Now that the death toll from the virus is receding here in the US, perhaps we’ll return some attention to the opioid crisis that continues to kill tens of thousands of Americans every year. A group calling itself stopfentanyldeaths.org recently held a gathering of people impacted by the drug to talk about their experiences.

“My daughter died from one pill”

“I found my son on the floor”

William Burns:CIA Director in Moscow to Meet with the Russian Security...

Israel: PM Bennett extends the tenure of Nadav Argaman as the...