Home Politics The Palestine Book Awards and resisting the falsification of history – Middle... 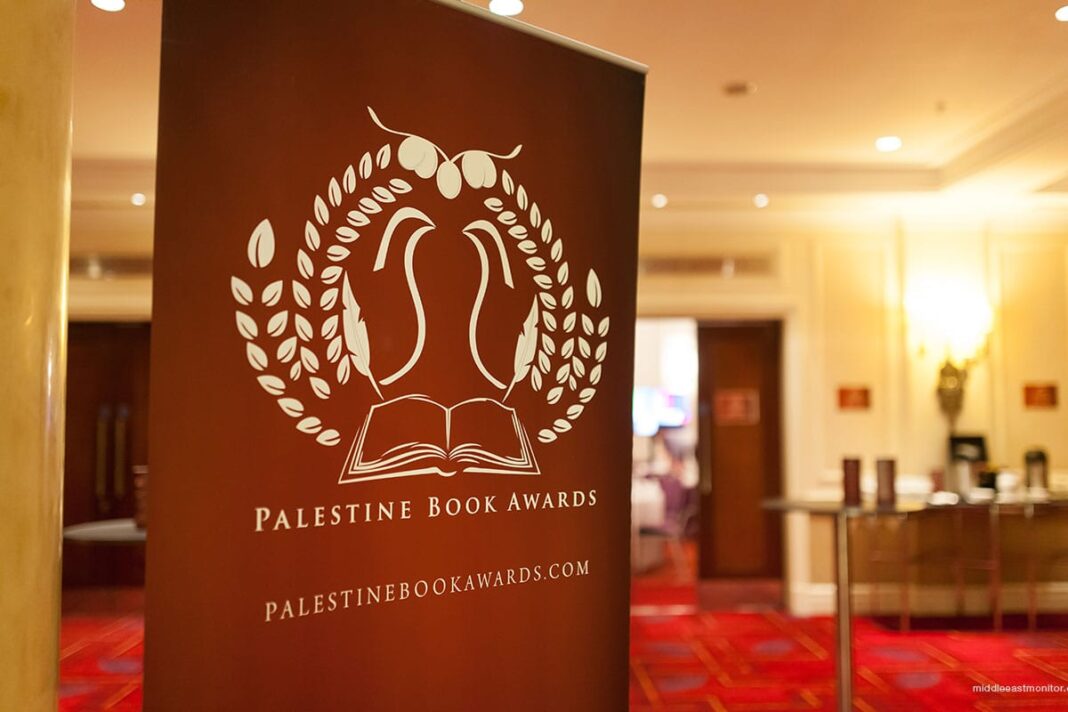 The gap between the Arab people and their governments has never been greater and deeper than what we are currently experiencing regarding Palestine. At a time when some governments have rushed to declare their normalisation of relations with the racist colonial state of Israel, the Palestinian resistance is becoming entrenched, and popular anti-normalisation campaigns are spreading. International solidarity campaigns and the boycott movement have gained traction around the world.

The governments’ submission to blackmail and political pressure, as well as their justification of normalisation for the sake of “peace” and ending the Palestinian-Israeli conflict, are both unacceptable. Moreover, the claims that they have the aspirations of a new Palestinian and Arab generation at heart are invalid. Palestinian Land Day, commemorated at the end of March annually, for example, is part of the collective memory that they are trying to erase. Resistance to the settler-colonial occupation now varies thanks to the initiatives of the new generations who are continuing the struggle of their predecessors, both within and beyond Palestine. They are carrying the torch of resistance, in all its forms, individually and alongside Palestine solidarity activists around the world. They still see and believe in the justice of the cause.

A number of international initiatives focus on the cultural aspect of resisting the occupation, and for the Palestinian narrative to be a tool for preserving memory and combatting the falsification of the historical narrative and, indeed, history itself. In order to convey the Palestinian narrative to the widest possible audience, Middle East Monitor (MEMO) launched the Palestine Book Awards in 2011 to celebrate the achievements of writers, wherever and whoever they are, in writing about Palestine and its people. According to Dr Daud Abdullah, MEMO’s director, the awards were also launched to encourage publishers to publish books on Palestine. While the awards began with a simple idea, they have grown over the past ten years as a result of the dedication of a team that believes in Palestine and the importance of books. Led by the activist and journalist Victoria Britten and my colleague Dr Ibrahim Darwish, I have had the honour of being part of that team from the 2012 awards to date.

How do we even begin to evaluate the ten years of the Palestine Book Awards? Gradually, they have attracted the attention of publishing houses, universities, and independent authors around the world, who started to submit their books on Palestine that met the criteria for consideration. Such books must, of course, be about Palestine, and be in English, published during the year before the awards being made. If the number of books submitted is any measure of success, then it is worth noting that twenty books were submitted in the first year, while in recent years the number is fifty, covering politics, economics, human rights, novels, poetry, memoirs, children’s books, drawing, photography, and cooking. As for the authors, they are from different nationalities and countries, including the new generation of Palestinians inside Palestine and in the diaspora. They are united by their principled commitment to the rights of the Palestinian people, and their belief, as writers, academics, poets, and artists, in resistance to the occupation by spreading knowledge about Palestine and its people and challenging the blatantly misleading Israeli propaganda, while maintaining standards of originality and creativity.

The awards have become an annual event with status within British literary circles. Interested individuals look forward to attending an evening event usually held in London the day before the winners are announced, where they can listen to the short-listed authors and ask questions. The only exception to this tradition was last November when the nominated books were discussed and the winners were announced online due to the pandemic restrictions.

Dr Rima Khalaf was the guest of honour for the 2020 awards. It is well known that she resigned as Executive Secretary of the UN Economic and Social Commission for Western Asia (ESCWA) in 2017 when she refused to withdraw a report about the suffering of the Palestinians under Israeli rule. The report presented compelling evidence that Israel has established an apartheid regime that oppresses and controls the Palestinian people as a whole, wherever they live. She is currently a founding member and president of the Global Organisation against Racial Discrimination and Segregation.

In her speech during the event, Dr Khalaf discussed the reasons why the awards are distinguished, including their focus on a subject that, until recently, was under siege in most Western countries. For many, trying to publish a book about Palestine in the West, especially one critical of Israel was thwarted, if not frustrating.

She provided examples illustrating the extent to which publishers in Britain fear publishing books that they think might offend Zionists, and thus expose themselves to organised boycotts of all of their publications. The late journalist and writer Alan Hart (1942-2018) was forced to self-publish the first edition of his 2005 book Zionism: The Real Enemy of the Jews. It is also equally difficult to translate books into English if they contain anything that is likely to tarnish Israel’s carefully constructed image.

A programme for the coming months has been posted on the Palestine Book Awards website to celebrate the 10th anniversary. This includes interviews with winning authors, as well as activists and Palestinians, and others who support the project. This is in addition to the production of a video telling the story of the awards. During the year, a book of the speeches of guests of honour will also be published, alongside paintings and selected poems.

The fact that nearly 400 books about Palestine have been submitted for consideration over the past ten years is evidence of the growing interest in what is a just and inalienable cause. The latter refutes the false claims of those calling for normalisation with the occupation under the pretext of “peace”. The issue of the Palestinian people is not one of war in the “normal” sense; it is an issue of legitimate resistance against racist, settler colonisation; of right against wrong. Normalisation is nothing less than the implementation of the colonialist plan by tyrannical Arab governments.

The books written about Palestine and its people are a tool for cultural, cognitive creation, and memory preservation, whether they are on the shortlist or not. They are part of the struggle towards the real solution, which is to end the occupation and ensure that justice underpins life with dignity and equality.

The broader lesson learned from the relative success of the Palestine Book Awards is that there is an ability to change the narrative imposed by the dominant colonial and Zionist policies in the intellectual and cultural space. Change can be achieved through ongoing activism to bring an end to the deliberate falsification of history, especially that which relates to the so-called “war on terror”. The most important example of this is the criminal invasion and destruction of Iraq and the way that this has been distorted to suit the Western narrative. Lies were used to justify the war, a process which reflects the history of colonialism in third world countries in general, and in occupied Palestine in particular. Hence the importance of initiatives like the Palestine Book Awards.

The views expressed in this article belong to the author and do not necessarily reflect the editorial policy of Middle East Monitor.

The Mask mandates are utterly useless