Home Opinion The Prosecution of the Capitol Protesters 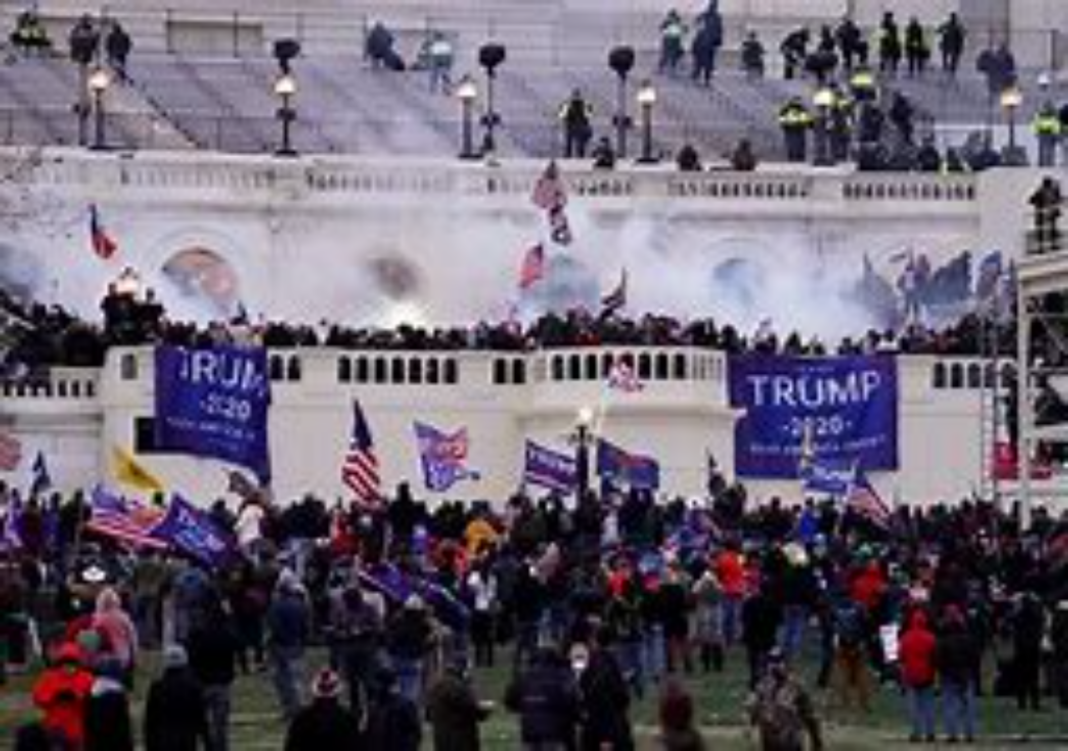 Freedom-loving Americans have myriad reasons to be alarmed by the Department of Justice’s ongoing dragnet prosecutions of the Jan 6 Capitol protestors. Foremost among them, perhaps, is why many of these defendants are being prosecuted at all. Copious first-hand testimony and abundant videos available to the public — and the government has many more videos never publicly disclosed — show the Capitol police allowing many polite and unarmed so-called “rioters” into the Capitol, where they caused no harm. Are some of these now defendants? Moreover, a robust interpretation of the First Amendment’s “right of the people peaceably to assemble and to petition the Government for a redress of grievances” arguably protects some of the defendants’ actions.

Other troubling issues raised by the DOJ’s prosecutions include why the government has dedicated such immense resources to the prosecutions; why it has made such aggressive use of informants and secret FBI agents; why it has used shock and awe methods to effect arrests; and its inhumane treatment of the Jan 6 defendants while in pretrial detention. These are traits of a police state.

A further disturbing issue is the government’s — and unfortunately the courts’ — rationale for denying bail to many of the Jan 6 defendants, a rationale that glosses over Constitutionally critical distinctions between punishing conduct and punishing thought. The District of Columbia Court of Appeals’ recent decision in United States v. Timothy Hale-Cusanelli is a case in point.

Before discussing Hale-Cusanelli, a little background is appropriate on the Supreme Court’s cases addressing the Constitutionality under the First Amendment of punishing persons for “hate.” In its 1992 R. A. V. v. St. Paul decision, the Supreme Court struck down on First Amendment grounds a Bias-Motivated Crime Ordinance enacted by the City of St. Paul, Minnesota, that prohibited display of a symbol that “arouses anger, alarm or resentment in others on the basis of race, color, creed, religion or gender.” The Court held the ordinance impermissibly punished disfavored viewpoints, i.e., imposed prohibitions on those who expressed disfavored views on “race, color, creed, religion or gender” while permitting displays containing abusive invective that did not address those topics. By contrast, a year later in Wisconsin v. Mitchell the Court upheld a penalty enhancement law that increased the penalties for certain specified crimes of violence if the defendant selected the victim because of the victim’s “race, religion, color, disability, sexual orientation, national origin, or ancestry.” The Court reasoned that judges have traditionally and properly considered a wide variety of factors in sentencing, including the defendant’s motive. The Court distinguished the R. A. V. case, holding that the ordinance in R. A. V. was explicitly directed at protected expression while the statute in Wisconsin was aimed at unprotected conduct. While acknowledging “a defendant’s abstract beliefs, however obnoxious to most people, may not be taken into consideration by a sentencing judge,” it held the First Amendment does not prohibit evidentiary use of speech to prove motive or intent.

Against this background, consider the following facts about Timothy Hale-Cusanelli:

What is wrong with the District Court’s decision and the appellate court’s affirmance? Plenty.

First, the government’s and courts’ use of the potato gun incident would be laughable if it were not appalling. Not much cynicism is required to see it as an ignominious instance of the extreme lengths to which the government will go to prosecute persons whose views it finds unacceptable.

Second, none of the District Court’s three grounds for denying bail had any direct relationship to the trespass and disorderly conduct charges for which Hale-Cusanelli was arrested. His case, accordingly, differs markedly from the Wisconsin case in which the Supreme Court upheld penalty enhancement for violent crimes committed with racist motives. Hale-Cusanelli’s case is much more like the R. A. V. case, in which the Supreme Court disapproved punishing persons for their abstract beliefs. The rationale of the Hale-Cusanelli decision improperly allows the government to arrest a person on innocuous charges involving no violence, e.g., trespassing, employ its massive resources to ferret out the person’s disfavored views, then hold him in pretrial detention indefinitely based not on his conduct but on the “dangerousness” of those views — in other words, to punish him for his abstract beliefs.

Third, just what is so “dangerous” about Hale-Cusanelli’s views, which the government with great effort uncovered after employing a CHS, interviewing 44 of Hale-Cusanelli’s coworkers, and going through his computer and cell phone? That civil war is inevitable and may be desirable? There are probably millions across the political spectrum who agree with that sentiment. Suppressing such views does not abate, at least not for long, the divisive forces at work in the country. One may grant that posing in a photograph with a Hitler mustache and haircut is eccentric and unsavory, but is he to be imprisoned indefinitely for being an unsavory eccentric? And is quoting Jefferson now “dangerous”?

Finally, it bears emphasis that Hale-Cusanelli has suffered greatly for his expression of views that are protected under the First Amendment. Do not be misled by the euphemistic “pre-trial detention.” He is behind bars just as though he had been convicted and sentenced to prison. In fact, his punishment is more severe: in many federal prisons there is at least a semblance of humane conditions — libraries, gymnasiums — rarely found in pretrial detention. And if Hale-Cusanelli is acquitted — which he may be — he has no realistic hope of compensation for the de facto prison time imposed on him.

This kind of governmental overreach should not be happening in America or any country that respects basic civil liberties, and FEF strongly condemns it.

US and Ukraine, Goals in Conflict

CRT:More than 60% Of American Parents Are Concerned With What Their...