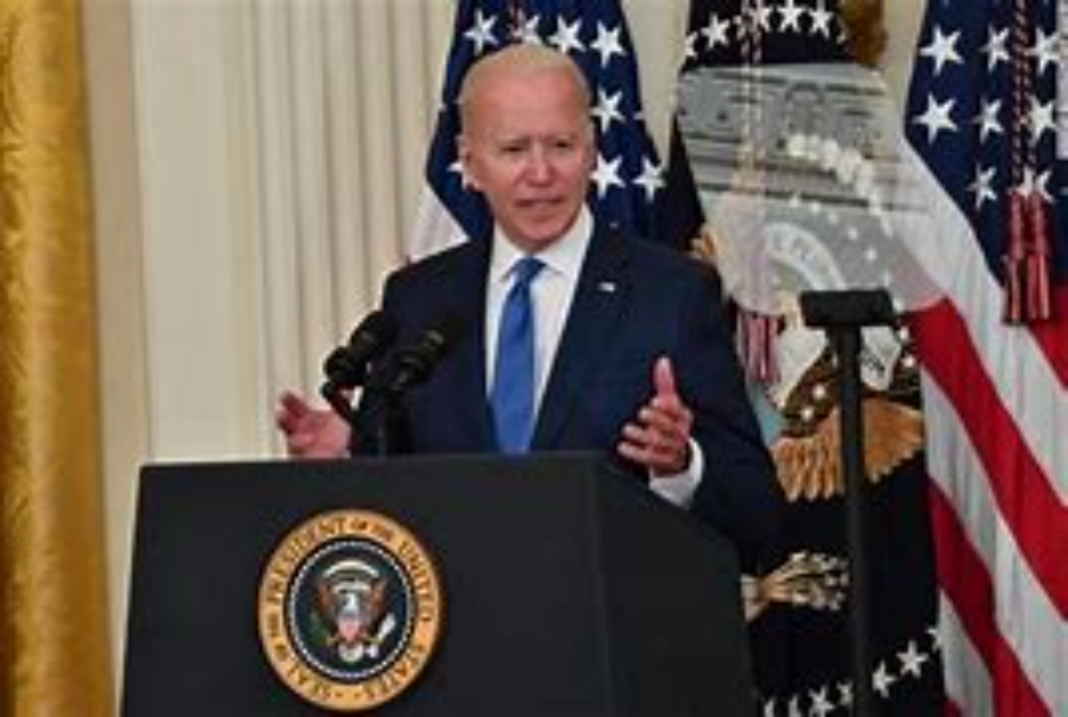 On June 24, the White House put out a fact sheet on the much-celebrated bipartisan infrastructure deal. The purpose of these fact sheets is not to present a full, detailed explanation of proposed legislation, and we don’t have an actual bill yet. Indeed, the purpose is more political — to set the narrative and give the public a reference point from which to start debate on whether the proposals are good ideas. It would be unfair to expect full details from a fact sheet, but we should expect some details. Especially when the White House prefaces the whole thing with the notion that it’s “showing that democracy can deliver results.”

The only thing the American people know about this infrastructure deal is that politicians want to spend $1.2 trillion of their money. On what? Infrastructure. It should be said that this is an improvement over the Democrats’ proposed plan, wherein everything was infrastructure. At least we’ve narrowed down to actual infrastructure. But Congress agreeing to spend money on a broad category is a pretty low standard for celebration.

It’s a bit like planning to meet a friend for lunch. To decide where to meet, you ask what he’s in the mood for, and he replies, “Food.” Insofar as you want to have lunch with him, that’s a good thing, but it does not move you any closer to actually meeting him somewhere and having lunch.

Now, the fact sheet is a little better than that. It specifies $1.2 trillion in infrastructure spending and splits it into categories. Some examples: $109 billion for “roads, bridges, major projects,” $66 billion for “passenger and freight rail,” and $55 billion for “water infrastructure.”

So that’s a bit like asking your friend what he’s in the mood for, and he replies, “Food, and we should spend $50.” You wouldn’t be friends with such a person for very long. You are still not any closer to actually meeting him somewhere and having lunch.

That’s where we stand right now with the infrastructure package. There’s no more specific information in the White House’s fact sheet. They’ve agreed to spend $1.2 trillion on infrastructure.

It’s really hard to have any kind of informed conversation based on this fact sheet. It stipulates $25 billion for airports. Is that a reasonable amount? I’m inclined to say no, just because it sounds high, but really I don’t have the faintest idea and neither does anyone else because we don’t know what they actually want to spend that money on. It could be $25 billion on building entire new airports or it could be for $25 billion worth of those airport chair-bench things for people waiting for flights.

The fact sheet says that “we must demonstrate to the world that American democracy can deliver for the American people” and “the President is showing that democracy can deliver results.” The American people regularly make clear to pollsters that they don’t really care much about infrastructure. According to the Pew Research Center, the most important issues in the 2020 election, in order of importance to voters, were the economy, health care, Supreme Court appointments, the coronavirus, violent crime, foreign policy, gun policy, racial inequality, immigration, economic inequality, climate change, and abortion. Polling by Gallup from May of this year found that the most important issues to voters, in order, were poor leadership, the coronavirus, immigration, race relations, the economy, and unemployment. There doesn’t seem to be much evidence the American people are crying out for this deal.

That’s not to say they won’t tell pollsters they support it, given its existence. Polls from April found support for Biden’s original $2 trillion plan. But people don’t really know what they’re supporting because politicians don’t really know what they’re proposing. By being so vague, people use their imaginations and answer polls based on what infrastructure means to them, not based on any actual proposals. And plenty of those voters would say, “Sure, whatever, but what I really want is some legislation on [insert other issue here].”

On June 11, Charlie wrote about the farcical nature of the infrastructure debate. He wrote that because of the lack of specifics and the lack of rationale for why so much spending is needed in the first place, “the real debate has not so much as begun.” This White House fact sheet with hardly any facts in it shows that we really aren’t much further along now than we were then.