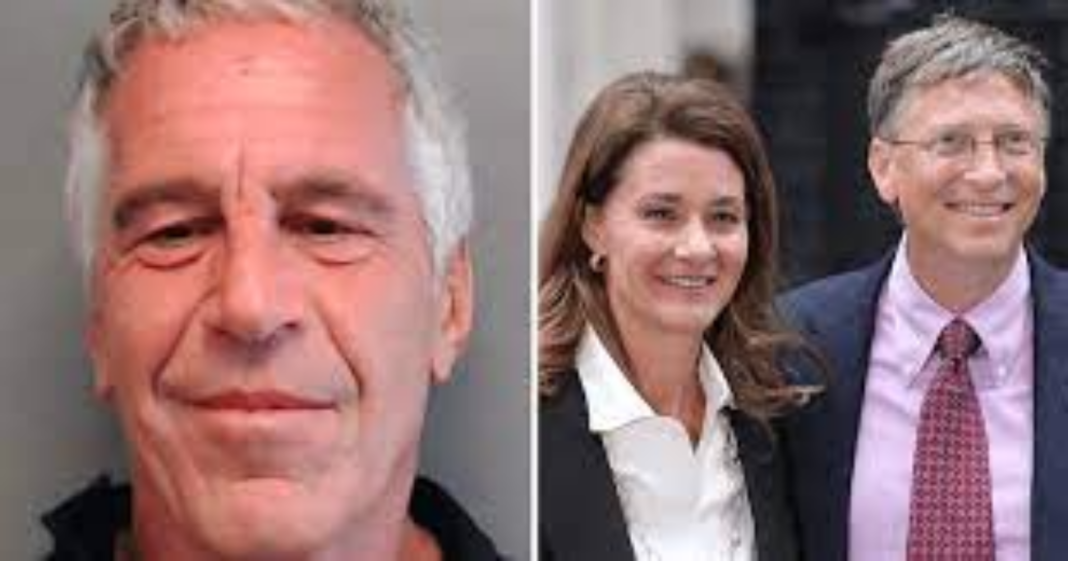 In early May, the announcement that Bill and Melinda Gates would be divorcing after twenty-seven years of marriage shocked both those that praise and those that loathe the “philanthropic” power couple.

Less than a week after the initial announcement of the divorce, on May 7, the Daily Beast reported that Melinda Gates had allegedly been “deeply troubled” by Bill Gates’s relationship with child sex trafficker and intelligence asset Jeffrey Epstein. The report suggested that Melinda was a major reason for her husband’s decision to distance himself from Epstein around 2014 because of her discomfort with Epstein after they both met him in 2013. That previously unreported meeting had taken place at Epstein’s mansion on New York’s Upper East Side.

The Daily Beast also revealed that the details of the Gates’s divorce had been decided several weeks prior to the official announcement. Then, on May 9, the Wall Street Journal published a report suggesting that the plans for divorce went back even farther, with Melinda having consulted divorce lawyers in 2019. Allegedly, that consultation was made after details of Bill Gates’s relationship with Jeffrey Epstein had gained considerable mainstream media attention, including from the New York Times.

While mainstream media outlets apparently agree that Jeffrey Epstein was a likely factor in the Gates’s recently announced split up, what these same outlets refuse to cover is the real extent of the Bill Gates–Jeffrey Epstein relationship. Indeed, the mainstream narrative holds that Gates’s ties to Epstein began in 2011, despite the evidence pointing to their relationship beginning decades earlier.

This blanket refusal to honestly report on the Gates-Epstein ties likely is due to Gates’s outsized role in current events, both in terms of global health policy as it relates to COVID-19 and in his being a major promoter and funder of controversial technocratic “solutions” to a slew of societal problems. What is more likely, however, is that the nature of the relationship between Gates and Epstein before 2011 is even more scandalous than what transpired later, and it may have major implications not just for Gates but for Microsoft as a company and for some of its former top executives.

This particular cover-up is part of an obvious tendency of mainstream media to ignore the clear influence that both Epstein and members of the Maxwell family wielded—and, arguably, continue to wield—in Silicon Valley. Indeed, the individuals who founded tech giants such as Google, LinkedIn, Facebook, Microsoft, Tesla, and Amazon all have connections with Jeffrey Epstein, some closer than others.

This investigation is adapted from my upcoming book One Nation Under Blackmail, which will be released early next year and will include a more complete investigation into Epstein’s ties to Silicon Valley, scientific academia, and intelligence agencies.

In 2001, perhaps the most important article ever written about Jeffrey Epstein was published. The article, which focused mainly on Ghislaine Maxwell’s and Epstein’s relationship with Prince Andrew, was published on January 22, 2001, in London’s Evening Standard. The article, written by Nigel Rosser, was never retracted and was published well before Epstein’s first arrest and the onset of his public notoriety. It has, nevertheless, since been removed from the Evening Standard’s website and can now only be found on professional newspaper databases. I made a PDF of that article and several other scrubbed Epstein-related articles publicly available in October 2019.

Key statements made in the article make it clear why it was removed from the internet, apparently in the wake of Epstein’s first arrest in Florida. Rosser introduces Epstein as “an immensely powerful New York property developer and financier,” a nod to Epstein’s past in the New York real estate market. Later in the article, he notes that Epstein “once claimed to have worked for the CIA although he now denies it,” one of several likely reasons why the article was removed from the internet well before Epstein’s second arrest in 2019.

Much of the article notes the closeness of Epstein and Maxwell to Prince Andrew and suggests that both wielded considerable influence over the prince, largely due to Maxwell’s role as his “social fixer.” It states that Maxwell was “manipulating” the prince and that “the whole Andrew thing is probably being done for Epstein.”

One line stands out, however, as the first major clue toward demystifying the true origin the of the Gates-Epstein relationship. Soon after Rosser introduces Epstein in the article, he states that Epstein “has made many millions out of his business links with the likes of Bill Gates, Donald Trump and Ohio billionaire Leslie Wexner, whose trust he runs.”

Both Wexner’s and Trump’s relationships with Epstein prior to 2001 are well known and date back to 1985 and 1987, respectively. Mainstream media, however, continue to report that Gates and Epstein first met in 2011 and have declined to follow the leads laid out by Nigel Rosser. I am personally aware of this withholding of information to a degree as a BBC reporter contacted me in 2019 for details about this 2001 Evening Standard article, which I provided. To date, the BBC has never reported on the contents of that article. Notably, the BBC has received millions in funding for years from the Bill & Melinda Gates Foundation.

Not only was Rosser’s article never retracted, but neither Gates, Trump, nor Wexner disputed the claims made in the article at the time, which was well before Epstein became notorious. In addition, given that Gates is named alongside two known close Epstein associates at the time—Donald Trump and Leslie Wexner—it further suggests that Gates’s ties to Epstein prior to 2001 were considerable enough to warrant his mention alongside these two other men.

In addition to the Evening Standard article, there is evidence from Maria Farmer, an Epstein victim who was employed by Epstein and Maxwell from 1995 to 1996, that she recalled hearing Epstein mention Bill Gates in such a way as to imply they were close friends and which gave her the impression that the Microsoft cofounder might soon be visiting one of Epstein’s residences.

Hypocrisy over DOJ Spying on the democrats