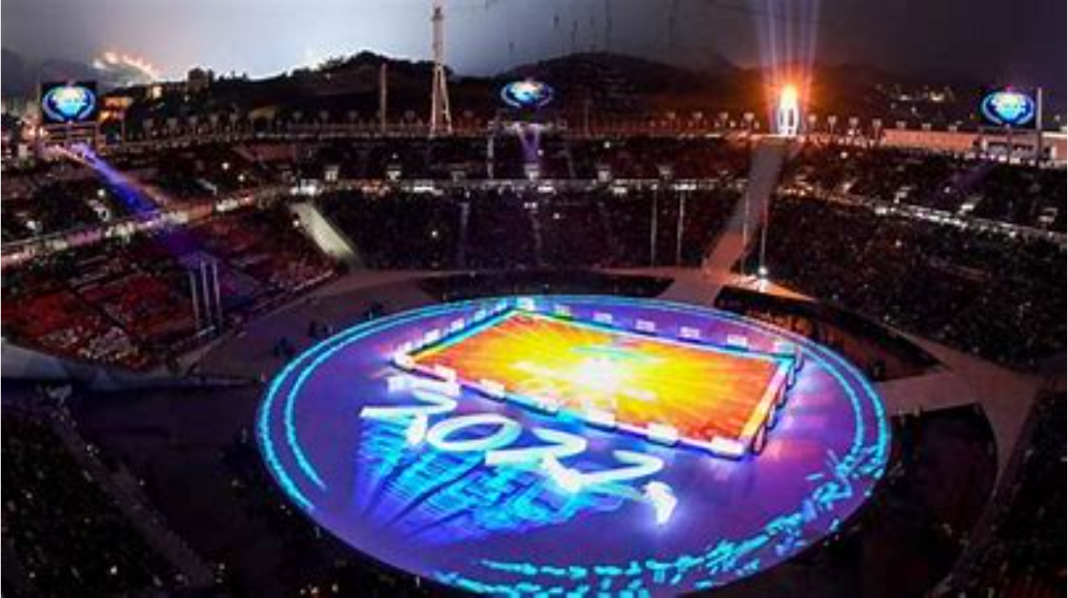 Finally, a boycott that makes sense — to me, anyway, since I rarely watch any Olympic coverage even in normal years. That would make me an early adopter of Charles Lane’s consumption advice for the Beijing Winter Olympics. Describing the diplomatic boycott announced by Joe Biden and followed by other US allies “better than nothing,” Lane suggests a more populist revolt in our populist times — doing almost anything else except participate in China’s propaganda-fest (via Paul Mirengoff):

The good news is that boycotting the spectacle hosted by one of the world’s most repressive regimes is something every American can do.

It’s easy: When NBC’s broadcast comes on, don’t watch. Ditto for NBC’s streaming outlets. Read a book instead; or go for a walk.

Whatever you do, just don’t contribute to the high viewership the network’s parent company, NBCUniversal, banked on in 2014 when it paid the International Olympic Committee (IOC) $7.7 billion for U.S. broadcast rights to six Olympics between 2022 and 2032.

And thereby teach a lesson in the costs of collaboration with the Chinese regime — to the network and to the corporate sponsors who pay hundreds of thousands of dollars for 30 seconds of advertising during the Games, anticipating access to your eyeballs.

This is good advice, especially for those of us who stopped tuning into Olympics events before Vlad Putin’s Marx-o-Rama opening spectacle in Sochi eight years ago. NBC broadcast those games too, and certainly didn’t balk at pandering to Tsar Vlad I and his fondness for the old Soviet Union. Remember this predicate to the Sochi opening ceremonies, where a gigantic hammer and sickle traipsed across the field? NBC passed off the brutal and genocidal communist era as “one of modern history’s pivotal experiments,” a curious way to describe a regime that killed millions through deliberate starvation, political oppression, and flat-out totalitarian stupidity:

So yes, NBC certainly deserves a good shunning in advance of the propaganda that will certainly follow in February from their coverage … but why stop there? This advice applies on a far broader scale than perhaps even Lane appreciates. NBC Universal isn’t the only American corporation pandering to Xi Jinping and the Communist regime in Beijing, after all. This boycott should have started with the NBA a couple of seasons ago, when they interrupted their woke-lecture series aimed at Americans to transform into apologists for genocide in Xinjiang. (Ironically, the Women’s Tennis Association has more balls than the entire NBA put together.)

The entertainment industry in Hollywood is even worse. Studios have kowtowed to China’s censors and autocrats for years on content in their films, the most absurd example of which was the remake of Red Dawn a decade ago:

According to the LA Times, the filmmakers have decided to change the villains yet again. Instead of the Chinese, North Korean soldiers will now invade the U.S. in the Red Dawn remake. The switch was made in an effort to give the film greater box office appeal in China – which has become one of the most profitable markets for American movies.

Around the time MGM first delayed the release of Red Dawn, a Chinese newspaper called the Global Times expressed concerns that the film would demonize their state and its citizens (thanks in part to certain leaked images from the set). Evidently, this may have been a factor in scaring off potential distributors who were apprehensive about what effect their involvement with the film would have on future dealings with China.

So without any official complaints from the Chinese government, MGM will spend $1 million to construct a new opening sequence, re-edit several scenes, and digitally change Chinese symbols into Korean. It may sound somewhat ridiculous, but the fact of the matter is that the studio really had no alternative. If the film fails to secure distribution, it could wind up going straight to video – or being permanently shelved.

Think of the absurdity of an invasion of the US and its 330-million population by a dirt-poor country of 25 million people and a navy that basically looks like the 1950s, and you start to get the idea. (The same is true to a lesser degree of the film Olympus Has Fallen and its use of North Korea as a villain rather than China or even perhaps radical Islamists.) This isn’t just a trend of papering over China’s potential as film villains, either. Ever wonder why China keeps bailing out the US in Hollywood studio films, such as with the otherwise excellent The Martian? No one will ever prove it, but it’s difficult to believe that was merely an artistic choice. The same is true for the far worse 2012, in which China literally saves humanity from the horrors of the Mayan calendar because we can’t build ships in the US, apparently.

Hollywood wants access to China’s markets and investors for its bloated-budget films, so they sell out to Xi and his regime to get it. At the same time, with few exceptions, the industry refuses to apply its social-justice standards on the genocidal hand that feeds them, while feeling no such restriction on lecturing us endlessly with social-justice and political didactics about the shortfalls of American life. Richard Gere and his long campaign to provide focus on the oppression of Tibet is one of those exceptions, and the woke hypocrites of Hollywood reacted predictably to it:

When Richard Gere walked the red carpet at the Academy Awards in 1993, there was no way he could have known that the night would have repercussions for his career more than 20 years later. Invited to present the award for best art direction, he skipped the scripted patter to protest China’s occupation of Tibet and its “horrendous, horrendous human rights situation.” The late Gil Cates, the show’s producer, was furious, calling the political speeches at that year’s awards show —Susan Sarandon and Tim Robbins also went off script to speak on behalf of Haitian refugees — “distasteful and dishonest” and vowing to ban all three from future Oscars broadcasts.

Undaunted, Gere, a long-standing friend of Tibet’s exiled leader, the Dalai Lama, didn’t stop speaking out. In 2008, he called for a boycott of the Beijing Olympics, and he continues to support the cause through his two foundations, the Washington-based International Campaign for Tibet and The Gere Foundation in New York. Not surprisingly, he has been banned for life from China.

But now that Hollywood is cozying up ever closer to the authoritarian superpower, and studios are careful not to offend the government that oversees what has become the world’s second-biggest box-office market, the star also is paying a price. “There are definitely movies that I can’t be in because the Chinese will say, ‘Not with him,’ ” he acknowledges matter-of-factly. “I recently had an episode where someone said they could not finance a film with me because it would upset the Chinese.”

Oddly enough, though, Americans seem fine with films that make the US look villainous, stupid, or both. Or perhaps I should narrow that down to American film and television studios. Go figure.

So Lane has a better and broader argument than he realizes. Why just focus on the Olympics? Lane does make a good point here:

Boycotting the Games on TV is also a way to protest the broader corruption of the Olympic “movement,” of which holding the event in a country guilty of rampant human rights abuses and military bullying of its neighbors is but one symptom. Others include drug scandals; crooked judging; sexual abuse of athletes; and the inevitable graft involved in site selection and construction.

Good point, but again, why stop with the IOC? Perhaps we should stop participating in such corrupt international organizations at all. That leads to an uncomfortable discussion of the United Nations and its corrupt and malicious currents. Continued membership at Turtle Bay might be more necessary, at least compared to the consequences of an American absence from the UN, but it’s a close call. The IOC we can live without.

A full boycott at this point would be absurd and impotent, just as it was in 1980 after the Soviet invasion and brutal oppression of Afghanistan. A diplomatic boycott is about the least-dumbest option for governments to take under the circumstances. However, the rest of us should definitely follow Lane’s advice and find literally anything else to do other than pay attention to China’s games, and that should apply to more than just the Beijing Winter Olympics.

How bad was the Trump administration for Americans’ health? In a...

Biden:There’s No ‘Federal Solution’ For COVID, can only be Solved At...

US fears China is flirting with seizing control of Taiwan