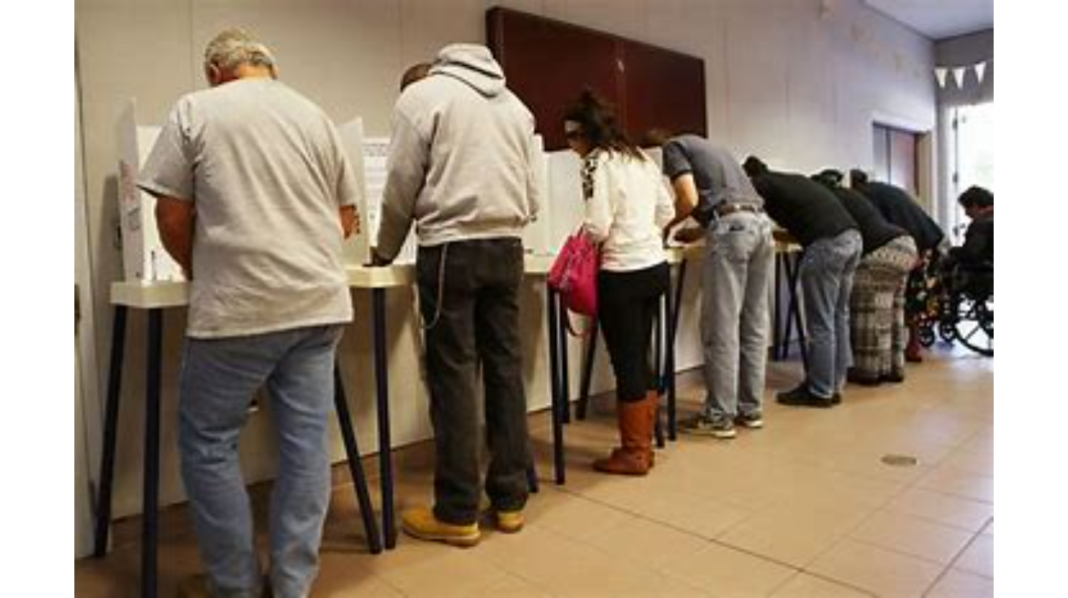 So I’d like to talk about prospects for the year 2022. I’m optimistic. We are making progress and the loonies are on the ropes. I have personal reasons to think this, but also hard data. Let’s start with the data.

As we know, the other side runs the media and the media have tremendous power, but that power is waning. Just a few days ago, the Associated Press had a story called “Cable news lost plenty of viewers in 2021.” CNN lost 38 percent of its weekday prime-time viewers compared to 2020. Fox lost 34 percent and MSNBC lost 25 percent.

Broadcast news was down, too. The three big networks lost 12 to 14 percent of the viewers on their main news programs.

Newspapers suffered. The Washington Post’s website traffic was down 44 percent in November compared to the year before, and the New York Times site was down 34 percent. About 120 papers closed in 2021.

There are explanations for this. 2020 was an election year and was also the year of black lives mania, so in 2021 people were probably less hungry for news. However, as traditional media slumped, dissident media grew. Despite the tremendous obstacles search engines and social media put in our way, sites like AmRen, Unz, Vdare, Counter-Currents, and others did just fine. Big media down. Dissidents up.

This helps explain why: These are results of Pew Research polling on trust in national news organizations over the last five years. The gray line in the middle shows that trust by all adults dropped from 76 percent to 58 percent, but the red line – Republicans – went from 70 percent to 35 percent. Democrats, not surprisingly, trust the media more, but they lost faith, too. When people lose faith in them, they look to us.

Gallup has been polling Americans for several decades on their trust in institutions. Trust in TV news is at its lowest ever. Only 6 percent of Americans have a great deal of confidence in it, and 10 percent have quite a lot, for a total of just 16 percent. In 1993, 46 percent had a great deal or quite a lot of confidence in TV news. A drop from 46 percent to 16 percent in 28 years is a catastrophic collapse.

Only 19 percent of Americans have a great deal of confidence in churches and organized religion. Nineteen percent is a record low. The figure was 44 percent in 1975.

Here is a graph of the number of white Americans who think the federal government does the right thing all or most of the time.

As you can see, back in the 1960s, 70 to 75 percent of whites trusted the feds. Imagine trusting the federal government! Trust went up under Clinton, of all people, and hit a peak at the time of the 9/11 attacks, but it hit bottom under Obama and bounced up a bit for Trump. The figure is now 19 percent. I bet Biden it will drop under Biden. These are the percentages of people who think the influence of colleges and universities on the country is good. The top line – Democrats – didn’t change that much from 2010 to 2019, but look at the red line – Republicans. That’s a steep drop, from 58 percent to just one third. I bet that number has continued to fall.

Again, Americans who lose faith in national institutions are much more likely to come looking for us. There are important race differences in trust in institutions. Blacks are twice as likely as whites to trust TV news and to trust Congress. Whites are twice as likely as blacks to trust the police. Hispanics often have more trust in American institutions than blacks or whites. They trust Congress, the criminal justice system, big tech, and public schools far more than anyone else. I guess it’s all relative, compared to where they come from.

Here are historical trends for what blacks and whites think about black/white relations. These are the percentages who think relations are very or somewhat good.

Here are the percentages of blacks and whites who think it is possible to work out a solution to the black/white problem. With all this: plummeting confidence in government, higher education, the media – deteriorating race relations – is it any surprise our support is growing? And is it any surprise that Americans want a new country? Here’s a headline: “Shocking poll finds many Americans now want to secede from the United States.” Are you shocked? I’m delighted. In the whole country, 37 percent of Americans say they would be willing to secede. The figure is highest in the South – 44 percent – and 66 percent of Southern Republicans want to get out. On the West Coast, 47 percent of Democrats want to secede. Senator Ted Cruz of Texas says he’s not ready to leave the Union yet, but if Democrats – in his words – “fundamentally destroy the country,” Texas might have to go out on its own. At the very end of the year, one of the topics trending on Twitter is #NationalDivorce. I’ve been saying it for years. We have irreconcilable differences.

Some people think we’ve seen the worst of the craziness. On December 13, The American Conservative published an article called “Is Wokeness Almost Over?” The author, Scott McConnell, pointed to the rising fight against Critical Race Theory and the defeat of defund-the-police measures, even in heavily Democrat cities. I don’t think wokeness is almost over. I don’t see official anti-white dogma going away soon. But there is a lot more resistance to it. The foolishness and viciousness could go on for years while opposition builds – and then bursts forth in ways we can’t even anticipate.

But to me, the most encouraging sign is that wide-awake white people are organizing more – and better. There are more websites, video channels, publishers, and activist groups than ever. Groups are now much better at maintaining security. And they are not courting media attention that does no good anyway. They are just quietly getting stronger.

Another wonderful development is something the print version of American Renaissance wrote a cover story about 17 years ago: building white communities. Just this month, I was invited to speak at the Christmas party of a thriving community of several hundred people. They are very family oriented, get together often, and help each other in every way. There are several communities like that, and I’m sure there will be more. These could become the nuclei of great things.

So, I hope you share my optimism. The other side has the institutions and the power, but we have the truth. The other side is floundering; we are small, but we are thriving. Also, we are part of what I believe is the greatest struggle our people have ever faced. It is in great struggles that men and women achieve greatness.

I will end with a quotation from a book by the European patriot Dominique Venner, which has just been translated into English. Whatever you do, your priority must be to cultivate within yourself, every day, like an augury of good fortune, an indestructible faith in the permanence of the European Tradition. . . . We know that individually we are mortal, but that the spirit of our spirit is imperishable . . . . When will the great awakening occur? I do not know, but of this awakening I have no doubt.

I wish you every success in all your ventures in the year to come.

U.S. Made Progress on Climate Change Without Ever Passing a Bill