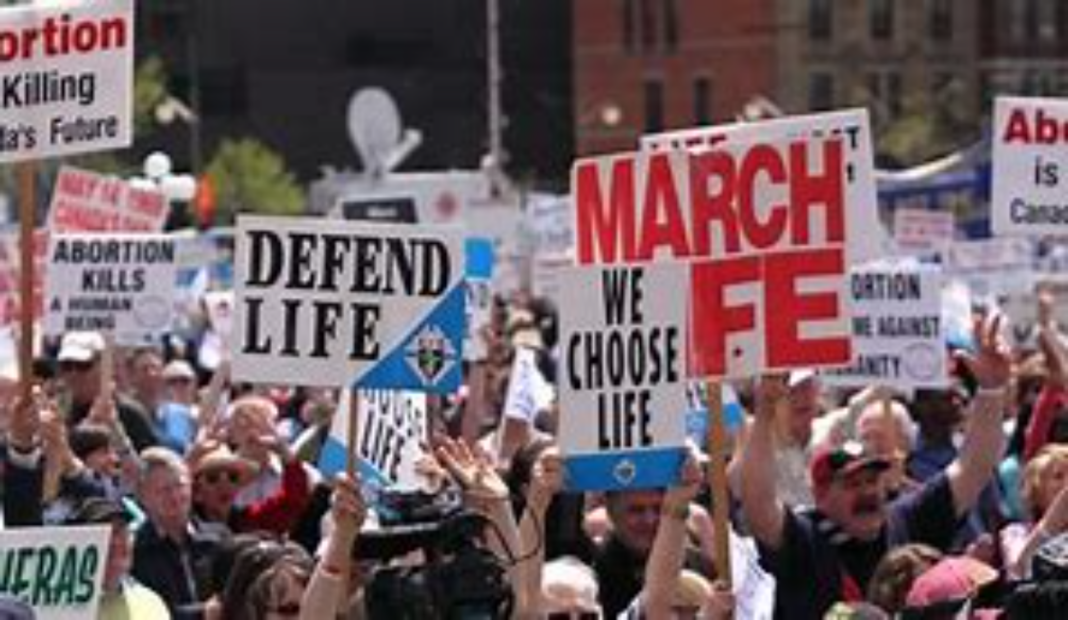 At New York magazine, Jonathan Chait argues that I, among others, am a hypocrite for being less bothered by Texas’s end-run around the abortion-policy constraints contained with Roe v. Wade and its descendants than by Joe Biden’s decision to renew the CDC’s eviction moratorium. As usual, Jonathan Chait is wrong.

If the argument that Chait presents to his readers were an accurate description of my position, his charge would stick. But it’s not.

NR had substantive disagreements with the policy, but its fury focused specifically on Biden’s willingness to implement a policy knowing full well the Supreme Court would likely strike it down. NR presented this move as a prima facie assault on the rule of law, hammering again and again at this unforgivable maneuver.

National Review believes gaming the judicial system by leaving in place a policy the Court is likely to strike down poses a threat to the rule of law as dire as any in modern American history.

The problem is, this isn’t actually my view. Rather, I was outraged by Joe Biden’s renewal of the eviction moratorium not because Joe Biden advanced a policy that he thought was legal but likely to be struck down by the judiciary, but because Joe Biden decided to renew a policy that he knew without doubt was illegal, and in so doing, made a mockery of his oath of office. Or, to put it another way, I was outraged by Joe Biden’s renewal of the eviction moratorium for the same reason that I was outraged by Donald Trump’s stealing money for his border wall and by Barack Obama’s DACA order: Because, like Obama and Trump before him, Biden had made it clear to the public that he agreed that his actions didn’t pass legal muster, and yet, under pressure, he decided to go ahead with them anyway on the grounds that if the legislature wouldn’t act, he would.

When Donald Trump did this, I wrote:

The position at which President Trump has belatedly arrived is a farcical one. As recently as yesterday, Trump insisted that he would be within his power to build his wall in spite of Congress. But why, then, does he continue to ask Congress for permission? Why, then, was he sufficiently exasperated with Nancy Pelosi’s intransigence to have stormed out of a recent meeting? Why does he cast Democrats in Congress as his opponents? And why is the government shut down? The answer is as simple as it is boring: President Trump is asking Congress to give him the funds because, legally, President Trump needs Congress to give him the funds. He knows that. I know that. Everyone making bizarre, post-rationalizing arguments about how we might squint at this or that law knows that. For Trump to turn around and say to Congress, “well, thanks for the advice, but I’m going it alone” would be for him to declare himself a monarch. Americans are supposed to abhor monarchs.

When Obama did this, I wrote:

After he was excoriated by immigration activists in 2011 for having had the temerity to follow the law, the president reminded students at Bell Multicultural High School in Washington, D.C., that he was not a king. First, Obama praised his audience for understanding the rules of the American settlement, and then he launched into an impassioned defense of separation of powers of precisely the sort that he had delivered as a senator and as a candidate:

With respect to the notion that I can just suspend deportations through executive order, that’s just not the case. Because there are laws on the books that Congress has passed. And I know that everybody here at Bell is studying hard so you know that we’ve got three branches of government. Congress passes the law. The executive branch’s job is to enforce and implement those laws. And then the judiciary has to interpret the laws. There are enough laws on the books by Congress that are very clear in terms of how we have to enforce our immigration system that for me to simply, through executive order, to ignore those congressional mandates would not conform with my appropriate role as president.

This was a line that, in one form or another, he repeated more than 20 times. And yet, just one short year after he had told students that he was hamstrung by the rules, the president did precisely what he said he could not, refusing to “enforce and implement” those “very clear” laws and abdicating disgracefully his “appropriate role as president.”

In his essay, Chait argues that these positions render my supposed indifference to Texas’s law untenable:

You might think National Review’s all-in commitment to catastrophizing Biden’s eviction gambit would force them to signal at least some discomfort with the Texas Republican gambit. Indeed, the Texas scheme is far worse, by NR’s standards, because, while at least some scholars (like Tribe) argued Biden’s eviction extension passed legal muster, absolutely nobody even pretends Texas’s abortion restriction comports with existing law.

But herein lies the problem. It is simply not the case that “absolutely nobody even pretends Texas’s abortion restriction comports with existing law.” Why? Because “existing law” in that context is the Constitution, and because a majority of lawmakers in Texas, along with a good number of other people (including Laurence Tribe, who has written that “one of the most curious things about Roe is that, behind its own verbal smokescreen, the substantive judgment on which it rests is nowhere to be found”), believe that the Supreme Court precedent in this area is flatly incorrect. (That the precedent is currently being revisited by the Court, in the pending Dobbs case, only serves to underscore the extent to which it remains a live issue.)

I will concede that this is a tricky area. As a staunch textualist who nevertheless desires legal stability, I struggle with identifying the best way forward when the Supreme Court has plainly lied about the Constitution. But it is simply not true that, as Chait suggests, my standard in this area is contingent upon whether or not I personally consider the law under dispute to be “good.” As I have noted repeatedly, I actually supported the aims of DACA, and I was indifferent toward funding the wall. What I was appalled by, in both cases, was the president’s willingness to say that to act in a given way would be illegal, and then to act in that way nevertheless.

In the piece on Roe to which Chait so objects, I wrote that:

In this country, there exist profound and sincerely held differences of opinion on the question of abortion — views that run from the insistence that all abortion ought to be banned without exception to the claim that abortion is a positive good that ought to be celebrated. But there does not exist a set of rival cases for Roe. Roe is a lie, a contrivance, a calculation. It is a 50-year-old imposter that has distorted our fundamental law, corrupted our politics, and damaged our Constitution. It is a gremlin.

As the pro-choice legal scholar John Hart Ely noted a few months after the decision was handed down, Roe was indefensible in every conceivable way that a Supreme Court decision could be indefensible. From whole cloth, Ely wrote, Roe created a “super-protected right” that “is not inferable from the language of the Constitution, the framers’ thinking respecting the specific problem in issue, any general value derivable from the provisions they included, or the nation’s governmental structure,” and thus answered “a question the Constitution has not made the Court’s business.” Roe “is bad,” he concluded, “because it is bad constitutional law, or rather because it is not constitutional law and gives almost no sense of an obligation to try to be.”

This being so, those who still consider Roe to be the nonsense that it is have no other choice but to keep challenging it. They may have their efforts struck down, and if they do they must obey the courts’ decisions. But if they sincerely think the Court is wrong, as it was in Roe, they should say so.

As it happens, I do not like Texas’s new law, and have said so on both The Editors and Mad Dogs and Englishmen. (Quite sincerely: I don’t expect Chait to have heard these, so he can’t be expected to know this.) But, as a general matter, I do not begrudge Texas its run against the status quo any more than I begrudge the efforts of those who tried to overturn Plessy or Schenck or any other of the decisions in which the Supreme Court obviously erred. Politicians take an oath to the Constitution, not to the Supreme Court, and there is a material difference between a state official arguing that the Supreme Court’s reading of the Constitution is wrong and a president resolving to act ultra vires because he doesn’t like the rules that Congress has set. Chait is correct to note that I wrote in “angry, ominous, and even hysterical terms” when Joe Biden made his decision on the eviction moratorium. But his explanation is off. As with Trump and Obama, I did this not because I thought the policy represented “the death of the republic,” but because, for the third presidency in a row, we were forced to watch something utterly deleterious: the most famous politician in the land publicly deciding to violate his oath of office — not in an attempt to uphold the supreme law of the land, but in the open knowledge that he was breaking it.