Roce Today – Politics, Opinions, Gun Rights,Pro-Life and Border Wall
Home Politics These 16 House districts are the only ones that split their tickets... 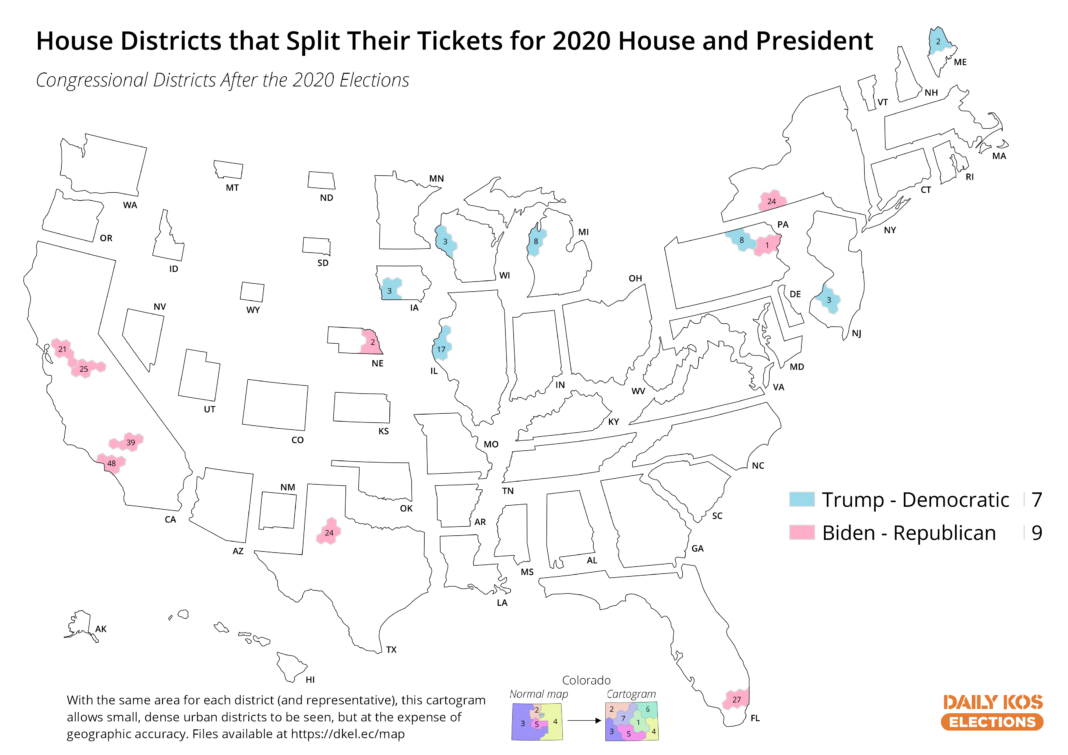 The collapse of split-ticket outcomes is a stark sign that partisan polarization has grown ever stronger over the last 30 years as America’s two major parties have sorted themselves into ideologically distinct camps. Decades ago, the way a district voted for president wasn’t a strong indicator of how it would vote for House in the same election, but the two types of elections are now very closely correlated.

This decline in ticket splitting has major implications for the way House elections work. These 16 crossover districts now represent some of the most obvious targets for each party as they attempt to gain seats in the next election, though redistricting will scramble the picture in some cases. Furthermore, it makes gerrymanders more potent and easier to draw when voters reliably back the same party for House as they do for president.

In addition to the traditional map above, we have also created a cartogram below that shows every district as the same size so that dense urban districts aren’t obscured and rural districts aren’t over-emphasized (with a larger version here):

Following the presidential election in 2016, six of these districts were not on the split-ticket list: Iowa’s 3rd, Maine’s 2nd, Michigan’s 8th, Nebraska’s 2nd, New Jersey’s 3rd, and Texas’ 24th all went for Trump and House Republicans. The remaining 10 districts all held to the same pattern they still do now, though the four California districts plus Florida’s 27th briefly exited crossover status after the 2018 midterms when Democrats flipped each of them (Republicans won them all back in 2020).

You can find the election results for House and president for every district in our 117th Congress guide spreadsheet, along with a whole host of other demographic statistics on both the districts and the members who represent them.