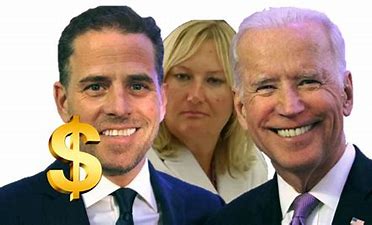 I totally missed this little tidbit that happened last Thursday, when Biden signed the Ocean Shipping Reform Act of 2022 into law during a ceremony in the State Dining Room of the White House.

It’s not surprising that the media has avoided making any mention of this, so I apologize for the scarce info I’ve got.

But what you’re about to see in “real-time” is the fear Joe Biden has about his son Hunter… You won’t see Joe get mad, and yell back at the reporter who asks a Hunter question — not this time — because this question is such a hot potato, that all Joe can do is sit there and look like a bigger, clueless dummy, than he usually does.

Western Journal reported that as the president finished signing the legislation, a reporter asked him a question about a Russian billionaire who paid $3.5 million to Hunter Biden through the firm Rosemont Seneca Thornton in 2014, according to the Daily Caller.

“Why haven’t you sanctioned Russian oligarch Elena Baturina who did business with your son?” the reporter said.

Biden — who at first appeared to be confused — ignored the question, stood up from his desk and began talking to the suits hovering around him like flies.

A reporter in the room then shouted a follow-up question: “Why have you stopped taking questions from the press?”

And then another, “What are you afraid of?”

“Why haven’t you sanctioned Russian oligarch Elena Baturina who did business with your son?”

Now, that is how you ask Joe Biden questions, right?

Who was that masked man?

I wish I could tell you… but I don’t know who the reporter is. If I find out, you’ll be the first to know.