Roce Today – Politics, Opinions, Gun Rights,Pro-Life and Border Wall
Home Politics This Tablet takedown of fact-checkers is worth a look 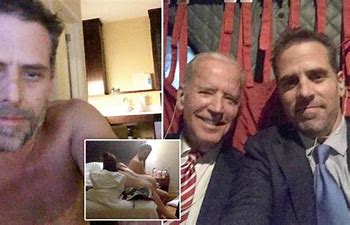 Tablet has a really enjoyable takedown of the fact-checking industry that’s worth a look. Regular readers have probably seen most of the stories and controversies mentioned in the piece but still it’s something different to step back and look at the grand pattern. The story starts, of course, with the recent NY Times’ admission that the Hunter Biden laptop story was true but moves on to  other examples.

Remember back in May 2020, when Donald Trump said he was “confident” vaccines would be available by the end of the year? NBC fact-checked that claim and determined​ that “experts say he needs a ‘miracle’ to be right.” That October, when Trump said a vaccine was imminent, an organization called Science Feedback, one of Facebook’s official fact-checking partners, declared that “widespread Covid-19 vaccination is not expected before mid-2021.” In reality, the vaccine rollout began two months later, in December 2020…

Then there are those hard-to-miss moments when factual reports of obvious blunders are recontextualized as “mostly false” or “misleading,” in order to spare political officials and their patrons the trouble of defending their unpopular policies. In early February, the Washington Free Beacon reported that the Biden administration was “set to fund the distribution of crack pipes to drug addicts as part of its plan to advance ‘racial equity.’” The report was quickly seized on by conservative commentators and politicians who picked up on the fact that millions of Americans would see such a plan as, on its face, idiotic, and cartoonishly racist, and thus an embarrassment to the White House. In the old days, the revelation might have led to some lower-level bureaucrat stepping forward to fall on his or her sword, or at least admit blame. But times have changed, and now instead of managing public fallout from the gaffe, the advanced guard of the fact-checking bureau can issue official decrees that there never was a gaffe and any suggestions of one are misinformation, while erasing the evidence of contrary views…

The Chicago Tribune decried the “misleading ‘crack pipes’ uproar” in a piece that also acknowledged the “slender glass tube used to smoke crack cocaine and other drugs” are, in fact, “the key part of so-called safe smoking kits” distributed by local groups. But instead of drawing attention to the use of crack pipes for smoking crack—an uncomfortable association freighted with unsavory and potentially racist connotations—the article coaches readers to understand that the “slender tubes” are “an innocuous part of the arsenal” for harm reduction specialists. In its own article on the controversy, The New York Times acknowledged “some harm reduction programs do include sterile pipes—which are used for smoking methamphetamine and fentanyl as well as crack cocaine,” before declaring with utmost seriousness that “nonpartisan fact-checkers have debunked the claim” that the Biden administration “intended to pay for distribution of pipes.”

Author Jacob Siegel is explicit about this entire cottage industry explicitly benefiting Democrats. Remember when Snopes and USAToday fact-checked a story about Biden checking his watch at a dignified transfer ceremony for soldiers killed in Afghanistan? Originally they defended Biden from the allegation:

But that wasn’t true and they were forced to correct the fact-check.

As many of you already know, this story has been corrected. Biden checked his watch multiple times during the ceremony. I regret the error. https://t.co/F6bjQFYVbC

Oops! Maybe they shouldn’t be so quick to try to rescue Democrats from themselves.

When it comes to benefiting from state censorship, Democrats and Republicans are not created equal. Another driving force behind the growth of the fact-checking complex is the necessity of enforcing loyalty to progressive ideas that can’t survive on their own. Stripped of their specialized language and social and bureaucratic context, key articles of Progressive Church faith are repulsive to most ordinary voters, regardless of gender or race. That is true of the racialized approach to education that was just roundly rejected by San Francisco parents in recent school board elections. It is also true of calls to defund the police, to teach transgender ideology to kindergarteners, and of approaches to addiction that appear to promote continued drug use. Policies that Biden administration officials would have boasted about in front of an audience of academics and public health administrators sound different—meaning, crazy—to people who have not been socialized to accept professional class bullshit. That’s where the fact-checkers come in with their tin badges and unearned air of authority. They can declare that a story is not merely mistaken or overwrought but dangerously defective—because we, the fact-checkers, paid by the tech giants and NGOs that are in turn funded by a seemingly endless tide of dark money from billionaires who want to be woke, or at least buy a woke insurance policy, said so.

And so, he argues, benefitting Democrats is what often seems to happen when fact-checkers look at stories in a supposedly neutral way. If Democrats want to call Sen. Tom Cotton a conspiracy theorist for suggesting the coronavirus could have originated in a Chinese lab, that’s what they’ll say. If President Joe Biden later wants to investigate the issue, they’ll reverse course just in time to prevent Biden from getting the treatment Cotton got earlier.

In February 2020, The Washington Post chided Arkansas Sen. Tom Cotton for promoting a “debunked” “conspiracy theory” that COVID-19 had escaped from a lab. In May 2020, the Post‘s Glenn Kessler, who is a member of the IFCN advisory board, said it was “virtually impossible” for the virus to have come from a lab. Those were the facts … until a year later, when Kessler published a new article explaining how ​​the “lab-leak theory suddenly became credible.”

How to understand the epistemological process that could lead a seasoned fact-checker to do a 180 on a matter of utmost public importance in less than a year? The simple answer, which has nothing to do with Kessler’s individual character or talents, is that when it really counts, the fact-checker’s role is not to investigate the truth but to uphold the credibility of official sources and their preferred narratives. Kessler’s mind changed at the very moment when the Democratic Party machinery began charting a new course on an issue that was hurting the party at the polls.

That fact-checking is less about truth and more about ideological control can be seen in the efforts to fact-check the Babylon Bee. Recently USAToday fact-checked a story claiming President Biden was selling Alaska back to Russia so we could begin drilling there again. Did anyone think that story, from an established satire site, was true? And last October the Washington Post fact-checked a claim by Terry McAuliffe only on the fourth time he made it. The first three times they let it slide.

There’s much more to the piece and it’s all worth a read if you can spare the time.