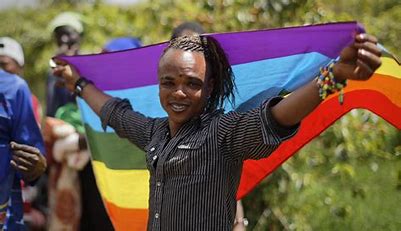 In February, U.S. Citizenship and Immigration Services (USCIS) reversed Trump administration guidance that limited recognition of marriages performed abroad only to those considered “valid” in the country where they took place. This narrow interpretation of the “place-of-celebration” rule left many refugees and asylees without a way to reunite with their partners because they lacked formal proof or could not marry in their home countries or countries where they sought refuge before coming to the United States.

This includes many LGBTQ refugees and asylum seekers in committed, loving relationships.

The new guidance directs the Refugee, Asylum, and International Operations (RAIO) office to return to the pre-Trump interpretation of the “place-of-celebration” rule. This original interpretation acknowledges that in many contexts abroad, romantic life partnerships may not be formalized—or worse—may be illegal. The memo recognizes that, “in certain circumstances, a spousal relationship may exist for the purpose of obtaining derivative refugee and/or asylee status if there is evidence of an informal marriage.”

Eliminating the Trump-era guidance will likely help many refugees and asylees who may not have formal paperwork proving their spousal relationship. More importantly, this helps LGBTQ couples seeking refugee status who are unable to marry to assert the legitimacy of their committed relationships and reunite in the United States.

The recognition of informal marriage as part of the “place-of-celebration” rule is so important to LGBTQ immigrants and Americans because family relationships are a basis for eligibility under U.S. immigration law.

Although the Defense of Marriage Act previously barred federal recognition of same-sex marriage—including for immigrants—the Supreme Court struck down that law in 2012 in United States v. Windsor. This allowed LGBTQ U.S. citizens and legal permanent residents to petition for their noncitizen spouses.

But despite that decision, considerable ambiguity remained for LGBTQ noncitizens seeking refuge in the United States. Without recognizing informal marriages, refugees and asylees in committed same-sex relationships could remain separated indefinitely, until their partners could independently qualify to come to the U.S. or the couple could find a way to legally marry.

Given the state of LGBTQ rights around the world, the importance of recognizing informal marriages—especially for those escaping threats, violence, and disaster—is even more evident.

In around 70 countries, homosexuality is criminalized by law. In as many as 11, it is punishable by death. In many other countries, even if their identity isn’t illegal, LGBTQ people face a hostile and unsafe environment. Meanwhile, the list of the 31 countries where same-sex marriage is the law of the land is painfully short.

Under the previous administration’s narrow interpretation of the “place-of-celebration” rule, only LGBTQ refugee and asylum seekers who had been married in one of those 31 countries could petition for their partners to join them. That would be a hollow accommodation given that these countries send few refugees and asylees to the United States.

Data suggests that most LGTBQ asylum seekers come from countries where same-sex marriage is not legal.

A 2021 report from the Williams Institute at UCLA showed that of the 11,400 LGBTQ people who filed for asylum between fiscal years 2012 and 2017, more than half of them (51.3%) came from Central America. This includes El Salvador (28.0%), Honduras (14.9%), and Guatemala (8.4%). In each of those countries, same-sex marriage is not legal and discrimination and violence toward LGBTQ people is widespread. Significant proportions of LGBQT asylum seekers also came from Ghana (7.8%), where male homosexuality is illegal.

Restoring the pre-Trump-era interpretation of the “place of celebration” rule is a step in the right direction that offers hope for thousands of LGBTQ asylees and refugees seeking to reunite with their partners. Yet U.S. immigration policy for LGBTQ people still has significant ways to go.

The new guidance only applies to refugee and asylum seekers. The narrower interpretation of the place-of-celebration rule still applies to other immigrants, including partners of U.S. citizens and permanent residents. This excludes those wed in common-law marriages as well as civil unions.

As a result, many same-sex domestic partners would not be able to apply for family-dependent immigrant visas to the United States. This is not the case in Canada, which recognizes both common law marriages as well as civil unions. This means that a U.S. citizen living in Italy, where civil unions exist but not same-sex marriage, would not be able to bring their legal partner into the United States as family, although Canada would honor their committed relationship and admit them together.

Going forward, the Biden administration should consider additional changes to the “place of celebration” rule to ensure that LGBTQ couples are not treated worse than opposite-sex couples.

Ideology and Disunion – The American Conservative