Roce Today – Politics, Opinions, Gun Rights,Pro-Life and Border Wall
Home Politics Threats of violence against Justices are ‘dangerous to our democracy’ and won’t... 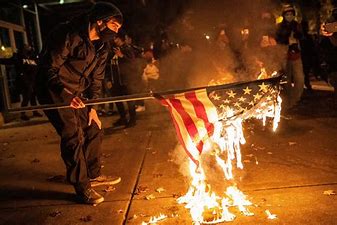 A week ago the governors of Virigina and Maryland along with Sens. Chuck Grassley and Mitch McConnell wrote letters to AG Garland asking him to do something about protests at the homes of Supreme Court Justices. Gov. Hogan and Gov. Youngkin’s joint letter pointed to Title 18, Section 1507 of the U.S. Code which makes it illegal to protest at the home of a judge and asked Garland to “enforce the law as it is written.” Today, Garland finally spoke up:

Following a meeting with federal law enforcement officials including the Supreme Court’s chief security official, Garland said authorities would “take all appropriate actions to further enhance the security of justices and the court.”…

“The Justice Department will not tolerate violence or threats of violence against judges or any other public servants at work, home, or any other location.”

A DOJ press release clarifies who was at the meeting today:

Why exactly did it take a full week for Garland to call this meeting? Even if he wasn’t paying attention to the protests at Justices’ homes, he must have noticed the letters from governors and leaders in congress. It’s probably not a coincidence that earlier today an internal DHS reports indicated there was a possibility of violence if and when Roe is overturned.

The U.S. government is bracing for a potential surge in political violence once the Supreme Court hands down the ruling that’s expected to overturn Roe v. Wade, according to a Department of Homeland Security memo obtained by Axios.

The big picture: Law enforcement agencies are investigating social-media threats to burn down or storm the Supreme Court building and murder justices and their clerks, as well as attacks targeting places of worship and abortion clinics.

That report offers the only real detail I’ve seen about the nature of the threats. Burning down the Supreme Court and killing justices and their clerks certainly seems pretty extreme. But no word on threats aimed at the justices’ homes. I wonder if Garland heard about other threats today that haven’t been made public yet?

The Axios story said the threats came from both sides, and presumably threats to clinics were from the right and threats to places of worship were from the left. Fox’s Peter Doocy asked about threats against the Supreme Court building itself and against the justices during today’s White House press briefing. Were those threats coming from the left or the right? He got a very both-sides answer from Karine Jean-Pierre.

Jean-Pierre refuses to answer, instead saying that “protests have been peaceful to date.” pic.twitter.com/2Mf6jAut0N