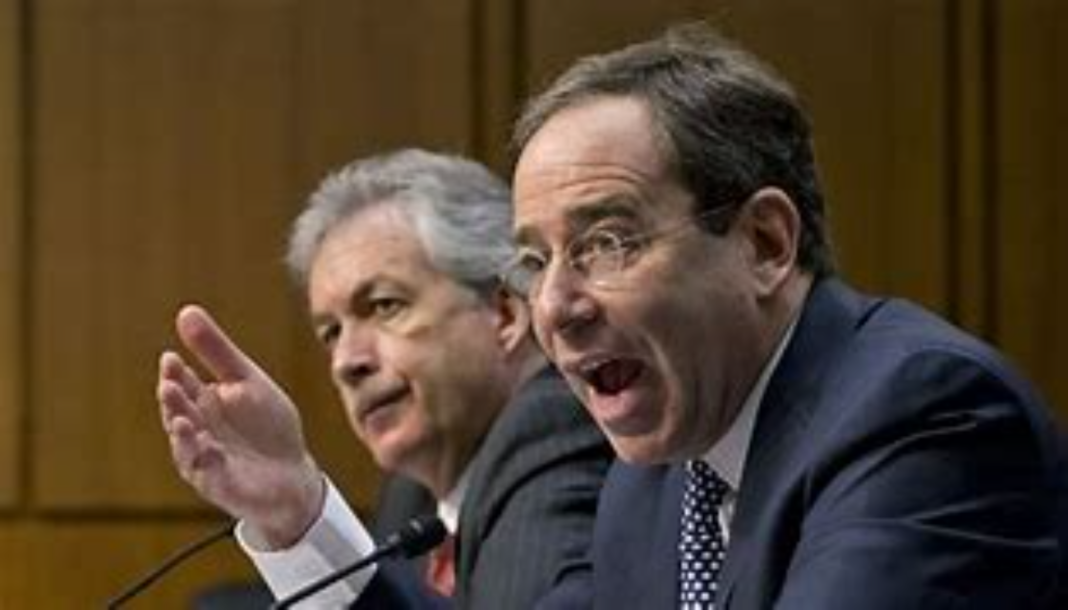 US President Biden’s nominee for ambassador to Israel, Tom Nides, told a Senate Foreign Relations Committee confirmation hearing Wednesday that he backs providing $1 billion for an Israeli missile defense system that has become a hot topic in Washington after it was dropped from a vital funding bill a day earlier.

Nides also said that if confirmed, his top priorities will include strengthening Israel’s security, expanding the US-Israel economic relationship, cooperating with Israel on foreign investment to counter China and strengthening the Abraham Accords.

He said he would look forward to living in Jerusalem which, in line with US policy, he sees as the capital of Israel.

The funding for Israel’s Iron Dome system was raised repeatedly during the hearing, a day after Democratic House leadership agreed to remove — following pressure from a group of progressive lawmakers — $1 billion in funding for the missile defense system from a bill to keep the United States government funded. The funds are expected to be approved separately at a later date.

He also noted to the committee that the Iron Dome, which has been used to intercept thousands of rockets fired at Israel by Palestinian terror groups in the Gaza Strip, is a strictly “defensive system.”

“Upholding Israel’s security serves America’s national security interest and ensures that we will always have a strong reliable and secure partner,” Nides said.

Nides’s unreserved backing of the Iron Dome funding could put him at odds with committee member Chris Murphy, a Democrat.

Murphy tweeted Tuesday that though he also supports funding the system and Israel’s need to be able to defend itself, “this funding cannot be at the expense of economic/humanitarian aid to the Palestinians. Iron Dome funding and Palestinian aid should move together.”

The Iron dome anti-missile system fires an interceptor missile at rockets shot from the Gaza Strip toward Ashkelon, on May 19, 2021. (Olivier Fitoussi/Flash90)

Nides also expressed concerns about Iran’s nuclear program. Confronting the potential of Iran to obtain nuclear weapons is a prime concern, he warned.

“Israel is one of our closest security partners in countering the broad spectrum of threats, chief among them is the critical threat that Iran poses,” Nides said. “President Biden has made it clear his commitment to ensure that Iran will never develop a nuclear weapon.”

The Abraham Accords, mediated by the preceding Trump administration and which normalized ties between Israel and the United Arab Emirates, Bahrain, Morocco and Sudan “are critical to the region’s stability and prosperity,” Nides said.

But, stressing a frequently used Biden administration talking point, he stressed that “while we support the normalization between Israel and other countries, it is not a substitute for Israel-Palestinian peace” which is based on the “vision of a negotiated two-state solution.”

Asked about the Biden administration’s efforts to promote peace between Israelis and Palestinians, Nides reiterated what the US president said Tuesday at the United Nations General Assembly meeting that while a two-state solution might not be achievable in the immediate future, it is critical to keep the pathway to that resolution open. 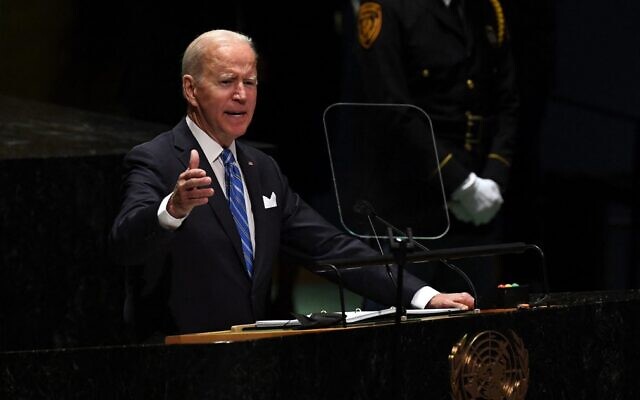 US President Joe Biden addresses the 76th Session of the UN General Assembly on September 21, 2021, at UN headquarters in New York City. (Timothy A. Clary-Pool/Getty Images/AFP)

Ties with the Palestinians, Nides said, are also key to the role of ambassador and he is “committed to doing my part to rebuild the partnership between the American and Palestinian people.”

The status of Jerusalem — the eastern portion of which the Palestinians want for the capital of a future state and which was recognized by the Trump administration as Israel’s capital in 2017 — was also raised.

Jerusalem, Nides said, is the capital of Israel. “If confirmed, I’ll be living in Jerusalem,” he said.

“That is something that I am looking forward to,” Nides said.

He went on to stress the Biden administration’s efforts to reopen the US consulate in Jerusalem which historically served as a de facto mission to the Palestinians, “will have no impact upon the capital of Israel being Jerusalem.”

Nides said rescheduling elections that were indefinitely canceled earlier this year by Palestinian Authority President Mahmoud Abbas “would be good for the Palestinians.”

Abbas claimed the decision had to do with Israel’s refusal to allow balloting in East Jerusalem. Israel has avoided commenting publicly on the matter.

“I will work with the Israeli government to ensure that issue is not an obstacle to achieving elections,” Nides said.

Ranking Member Jim Risch pressed Nides on his views regarding the Palestinian Authority’s welfare program, which includes payments to security prisoners who were convicted for killing Israelis.

“I share your concern about this abhorrent behavior,” he said, and continued that, if confirmed, he has every intention of working with the Palestinians to “try and get progress on this.” 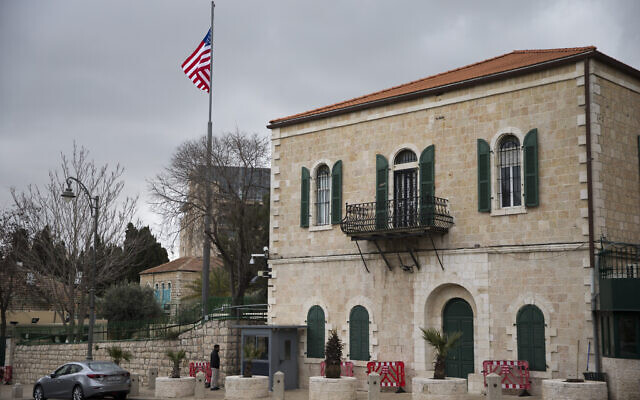 In the global arena, Nides said it is his intention to labor against the Boycott Divestment and Sanctions (BDS) movement targeting Israel which is led by pro-Palestinian activists.

“While respecting the rights of all Americans to free speech, I will continue the tireless work of this administration to firmly reject the BDS movement and boycott laws,” he said.

On US-Israel economic ties, Nides said that “Israel’s start-up nation is welcoming to US business” and that American companies have established more than two-thirds of the over 300 foreign investment and development centers in Israel.

“Strategic competition with the People’s Republic of China is a defining feature of the 21st Century,” Nides said. “The US views close cooperation with Israel on foreign investment as critical for our security and intelligence partnership.”

He also noted Biden’s stated commitment to work with Israel to have the Jewish state added to the US visa waiver program.

Nides is not expected to face significant opposition to being confirmed and has been holding talks with lawmakers on both sides of the aisle in preparation for the hearing, sources familiar with the proceedings told The Times of Israel.

He is not expected to make the trip to Israel until November, however, and former Jerusalem Consul General Michael Ratney will continue heading the US mission in Israel in the interim.

Nides is a former deputy secretary of state for management and resources, who most recently served as managing director and vice-chairman of Morgan Stanley. His nomination was announced in June.

As deputy secretary of state, Nides built effective working relationships with several Israeli officials and played a key role in the Obama administration’s approval of an extension on loan guarantees for Israel worth billions of dollars. He also helped carry out Obama’s policy against congressional efforts to limit US support for the UN agency for Palestinian refugees (UNWRA) and the United Nations Educational, Scientific and Cultural Organization (UNESCO).

Born in 1961 to a Jewish family in Duluth, Minnesota, Nides is a banking executive and if confirmed, would bring both government and private sector experience to the post.