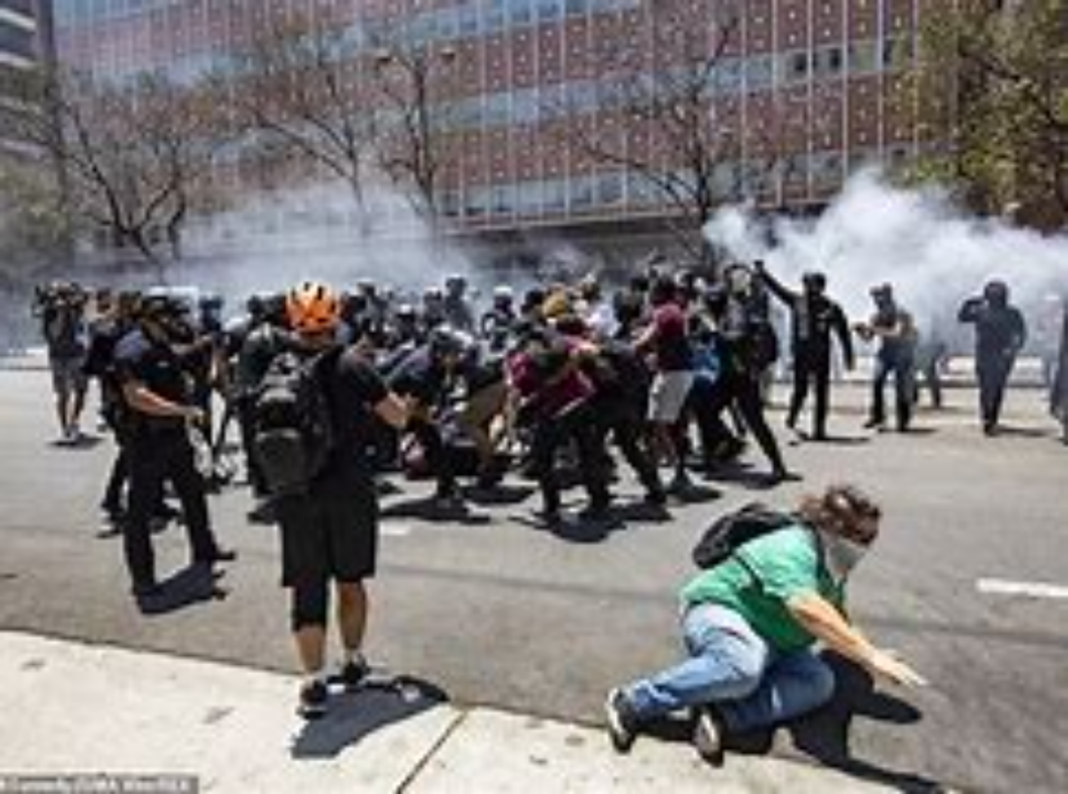 A Los Angeles mother recalled a terrifying experience when she visited Wi Spa in Los Angeles with her 6 year-old daughter last year.

Recall, Wi Spa made headlines last month when a female customer freaked out after seeing a biological male walking around with his penis out around children in the women’s section at Wi Spa.

The viral video from two weeks ago prompted another woman to come forward and share a similar terrifying experience at the same Korean spa.

The woman, who obscured her identity and goes by “Anita” out of fear of being cancelled, said she was shocked to find a person with a “beard and penis” in the women-only hot tub.

The woman told the Daily Mail she is a registered Democrat an LGBTQ supporter but wanted to protect her daughter’s innocence.

“Anita” described the man as an activist who purposely entered the women’s area of the spa to expose himself and enjoyed seeing everyone’s reaction.

She blocked her daughter’s view and left the spa and complained to the employees who told her they can’t do anything because he is a “pre-operation transgender person.”

Even more disturbing, when Anita called the police, the officer blamed her for “putting her child in that situation.”

Despite all of this, “Anita” was afraid to offend the pervert: “I’m trying really hard not to get in trouble calling the person with a penis a male, but the ‘guy’ was this skinny white guy with scraggly long hair and a beard. He had a five o’clock shadow on him, and his penis and scrotum hanging out.

Anita described her January 2020 visit to the spa, which has a clothed section for both sexes, and separate sections for men and women with locker rooms, hot tubs, massage, relaxation and pampering rooms where patrons are traditionally unclothed.

‘When I walked into the women’s section everyone was naked,’ she said.

‘I wasn’t raised to be super comfortable being naked around others. But I’m from LA and it’s kind of hip to participate in authentic cultural things.

‘I didn’t want my daughter to feel uncomfortable and I saw a lot of little Korean girls naked with their grandmas and their moms, it was really cute actually. I was like, wow this is something that I didn’t know existed, this is awesome.’

Anita and her daughter put on face masks, ate snacks and hung out in the sauna. Then the little girl asked to swim in the hot tub.

‘We were in there with five or six other women. She was swimming and splashing at me and stuff,’ she said.

‘Then these three people came and sat down on the edge of the hot tub. It was two women and what appeared 100% to be a man.

‘The other Korean women in the hot tub were looking at each other like ‘what the f**k?’ We all suddenly were quietly communicating with our eyes.

‘[The Korean women] were motioning at my daughter, she was giggling and splashing, she hadn’t noticed.

‘All around the locker room you see all the women suddenly whispering and this tense feeling.

‘I saw old ladies poking out from behind the shower stall, holding their towels up, looking horrified. Nobody says anything. All the women are in shock but also don’t want to say anything.

‘I was in there for about a minute, then I said ‘okay, honey, time to come out.’

One Conservative Podcaster Just Issued Joe Biden The Most Spot-On “2022”...

Fauci: If you attack me, quite frankly you attacks science