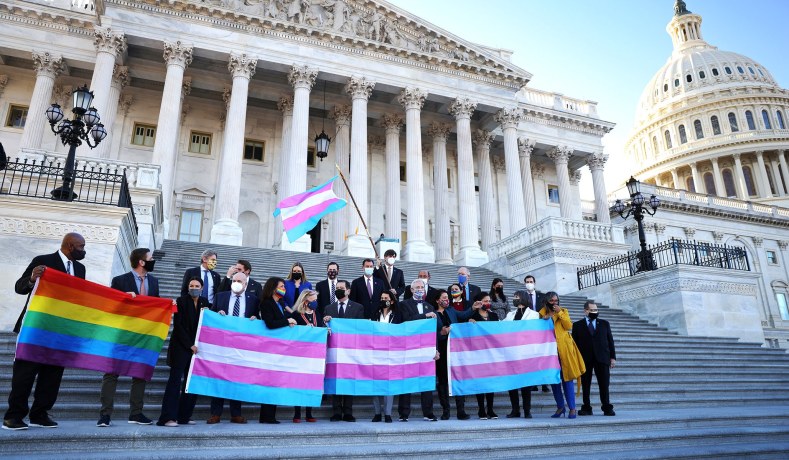 PBS reports that “the Human Rights Campaign, an LGBTQ advocacy organization, says more than 30 state legislatures have proposed more than 115 bills that would limit transgender rights, from participation on sports teams to access to medical care.”

PBS does not scrutinize this claim. Which ought to be your first red flag. (The Human Rights Campaign is an extremely bloated and powerful lobby group whose monomaniacal focus these days is to enshrine gender-identity ideology into law and life by hijacking the legacy of Civil Rights.)

In the states the Human Rights Campaign refers to, transgender-identified persons would still be able to participate on sports teams (according to these mischaracterized bills), they would only have to do so in accordance with their biological sex or in a co-ed team. As for the claim that “medical care” is being denied — it obviously isn’t. If any transgender-identified person showed up at a hospital requiring medical assistance, they would have the same rights and access as anyone else. However, neither chemical nor surgical castration of children (which is what these bills would outlaw) is medical care, but rather reckless experimentation.

PBS then cites a PBS NewsHour/NPR/Marist poll that purportedly demonstrates that most Americans support the transgender-activist agenda.

The whole thing is so shrouded in euphemism, and so lacking in factual context, that these polls tell us nothing about what Americans really think about the policy consequences of transgender ideology.