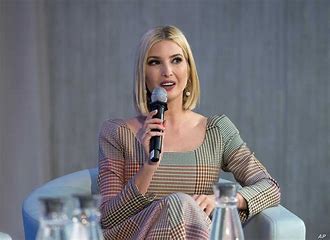 After the House Jan. 6 committee on Thursday revealed a video of Ivanka Trump, his daughter and adviser, claiming she accepted former Attorney General Bill Barr’s judgment of the 2020 election results, former President Donald Trump said she had “long since checked out.”

“Ivanka Trump was not involved in reviewing or analyzing the election results.” “She had long ago checked out and was, in my opinion, only attempting to be courteous to Bill Barr and his position as Attorney General (he sucked! ),” Trump posted on his social media platform, Truth Social, on Friday morning.

Ivanka Trump was asked by the panel in the video aired Thursday about her reaction when Barr asserted in 2020 that there was no major election fraud.

In the video, Ivanka Trump says, “It altered my perspective.” “Because I respect Attorney General Barr, I accepted his words.”

Trump also chastised Barr for his post-election remarks, implying that he done little to nothing as attorney general.

Afraid of being impeached, the former president claimed on Truth Social that Attorney General Bill Barr was a “weak and fearful” attorney general.

It was election fraud that led to the January 6 Capitol breach, not Trump’s remarks or statements. “I know that everyone here will soon be going over to the Capitol building to peacefully and patriotically make your opinions known,” Trump said to his supporters at a rally on that day.

In his second impeachment hearing, Trump’s legal team contended that his words were not a demand for violence or lawlessness. ‘

Never in my wildest dreams did I ever contemplate saying, ‘Hang Mike Pence.’ ” The former president stated, “This is either a made-up story by someone seeking to become a star, or FAKE NEWS!”

In the Jan. 6 House panel, which is led by Reps. Bennie Thompson (D-Miss.) and Liz Cheney (R-Wyo.), the members have stated that President Trump was directly responsible for the breach of security.

On Thursday night, Cheney claimed that “President Trump summoned the crowd, gathered the mob, and fanned the spark of this attack.”

Meanwhile, several members of the House Jan. 6 panel, which is headed by Democrats, have indicated that they are attempting to pique public interest in their probe. Rep. Jamie Raskin (D-Md.) recently stated that the committee’s claims will “tell a story that will truly blow the roof off the House” if they are broadcast on primetime television.

Republicans said that the panel’s Thursday primetime presentation is intended to divert attention away from the country’s existing and looming economic issues, such as record-high gas prices and decades-high inflation.

The committee releasing its findings on live television, according to Trump’s spokesperson Liz Harrington, is an example of how “disgustingly out of touch” members of Congress and the media are with average Americans.

“On January 6, no one wants to witness prime time,” she stated on Thursday. “They want to see how they’re going to have baby formula on the market in prime time,” says one source.