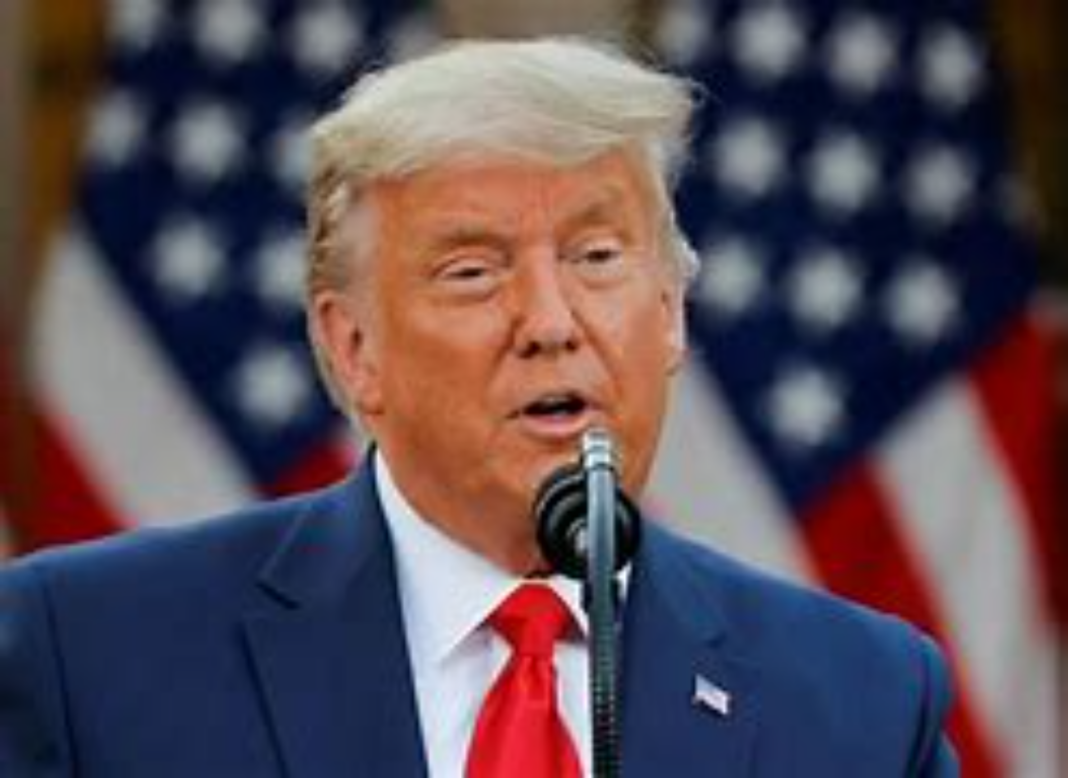 I wrote about this at length a month ago when Maggie Haberman of the Times reported it, but it’s worth noting that it’s now been corroborated. WSJ reporter Michael Bender, who has a new book about Trump coming out, tucked the news away in this long excerpt about how insane the end of his presidency was:

His advisers have pushed him to carefully cultivate his political power and delay deciding whether to run again in 2024 until after the midterms. Still, Mr. Trump has followed the chatter like a day trader monitoring his portfolio. When Ron DeSantis performed well in a straw poll of an obscure gathering of conservatives last month, Mr. Trump asked advisers whether the Florida governor would challenge him in a primary if he were to run. (The majority opinion was yes.) And he said on Fox News last week that he’d decided whether to run in 2024 but wouldn’t reveal the verdict.

I almost agree with them. You can read the earlier post for a fuller treatment but it boils down to DeSantis wanting to strike while the iron is hot. If he wins reelection next year, and especially if he wins comfortably, he’ll be the frontrunner for the 2024 nomination if Trump doesn’t run. If Trump does run, DeSantis will then have a decision to make. He can stand aside and aim for 2028, but he’ll be out of office by then and at grave risk of being seen as yesterday’s news as other MAGA-fied young pols burst onto the scene. He might end up in the same position as Chris Christie in 2016, a guy who declined to run at the height of his popularity and fizzled out when he finally did. That’s a bad option.

But running in 2024 is arguably worse. You saw the poll I posted last night. You know what the likely outcome is if DeSantis or anyone else challenges Trump. If DeSantis declines to run and supports Trump instead, he’d enjoy MAGA’s good graces by the time he did end up running in 2028. He might not be a frontrunner by then but he’d still be a contender. Whereas if he decides to challenge Trump there may be no scenario in which he ends up as president. Either he loses the primary and MAGA hates him for having dared to try to beat their hero or he wins the primary and Trump turns on him viciously out of spite (probably by claiming that he was cheated), costing DeSantis the support of enough Trump fans in the general that he loses the election.

Although nothing is certain. If the Dems get stuck with a lefty loser like Kamala Harris as their nominee, even butthurt Trumpers might grit their teeth and back DeSantis in the general to stop her.

I don’t think DeSantis would challenge Trump unless the polling shifts so much by the end of 2023 that he’s as popular or more popular than Trump is, which seems unlikely. And if that happens, we probably still won’t get a Trump/DeSantis primary: The former president, not wanting to risk losing a popularity contest conducted by an all-Republican electorate, will find an excuse to bow out. Interestingly, Bender offers this observation from his visit to Mar-a-Lago in March: “He peppered aides about whether he should run for president again, but few believed he would.” Read the piece and you’ll see that he does seem reasonably content down there nowadays, playing golf, firing off broadsides at his enemies, plotting political revenge campaigns against the likes of Liz Cheney. Maybe he’ll decide he likes his new life better.

The rest of the excerpt focusing on his last days as president is … interesting too, for darker reasons:

By then, the president was personally phoning U.S. attorneys—against Justice Department protocol—urging them to focus on election fraud. He’d replaced a lineup of veteran defense and intelligence officials with inexperienced loyalists hungry to appease the boss. Gen. Mark Milley asked some Pentagon officials whether the new hires had ties to neo-Nazi groups.

“The crazies have taken over,” Secretary of State Mike Pompeo warned a colleague. Privately, the nation’s top diplomat worried that foreign adversaries might try to exploit the domestic instability. He conveyed concern to others that Mr. Trump might be more willing to engage in an international conflict to strengthen his political argument for remaining in office. Mr. Pompeo organized a daily call with Gen. Milley and Mark Meadows, the White House chief of staff.

The secretary of state worrying about Trump launching a war to justify an autogolpe and the chairman of the Joint Chiefs speculating that his new appointees at the Pentagon might be neo-Nazis will make for a magical exhibit at the Trump Presidential Library. According to Bender, the entire post-election fiasco began when inner-circlers like Mike Pence and Ronna McDaniel assured allies in November that he would accept defeat once the shock wore off, with Ivanka allegedly speculating that he might even invite Biden to the Oval Office. How is it that his own closest aides seem to understand him less than casual observers do?